In its 4th year, VIA continues to evolve 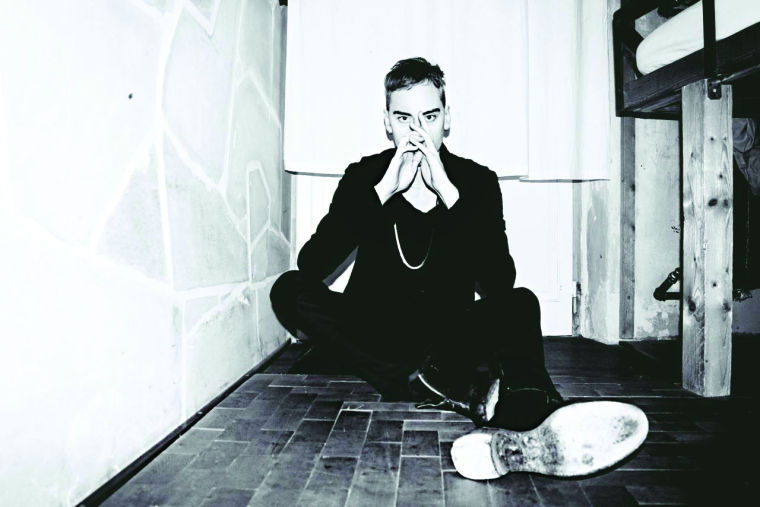 Artistically, Pittsburgh is one of the country’s burgeoning centers for innovation. The birthplace of Andy Warhol lends itself to creative types’ continued exploration of ways to engage their world. The VIA festival, now in its fourth year, is an embodiment of a playfully creative spirit that could be the new wave of art in the information age.

The annual live music and arts festival incorporates the city as a playground for its finely curated exhibitions of musicians and visual artists who, like the city itself, push the boundaries of expression. This year may perhaps be the festival’s most eclectic, and thus fully realized, to date.

With a lineup that pairs acclaimed visual artists with musicians on the cutting edge, VIA 2013 looks to take the festival’s existing model for success and continue to build on it.

As always, the festival will take place across the city, with performances held at places as disparate as Carnegie Mellon University, Thunderbird Cafe in Lawrenceville and a recently announced temporary venue located at 5854 Baum Blvd. in East Liberty.

The musicians featured in the event range from up-and-coming local artists — such as Shisa, Dream Weapon and Nic Lawless and His Young Criminales — to genre-bending, internationally renowned acts such as Detroit’s Jimmy Edgar, Bulgaria’s Kink and Pittsburgh’s own Sharon Needles.

On the visual side of things, there is a similar mix. The work of Kevin Ramser, local visual artist and staple of VIA’s now-defunct 6119 venue, will be featured at the festival, as well as myriad out-of-town artists, such as Poland-based V5MT.

Lauren Goshinski, the festival’s founder, says that this year’s selection of artists transcends simple genre lines. The festival is instead interested in exploring the ways in which people and cultures interact.

“We have never booked VIA to be focused on a specific genre and are not interested in being a festival defined by one. Rather, we book a selection of acts who have influenced current music or who are creating new waves in their field.” Goshinski said in an email. “VIA presents artists who not only exemplify their sub-genre, but who also reveal a sound or culture, usually before pop life can appropriate it (or massive festivals take notice). We hope these performances help prime audiences to be discerning about cultural phenomenon in a sensitive and respectful way.”

This year, that culture is as young as it has ever been, with entirely new artists making up a number of the festival’s headliners. This growing influence of youth culture is a natural response to a world that continuously moves online and is rapidly being placed in the hands of young people.

“We think that having the youngest lineup to date reflects a global wave of what’s happening across music, art and technology,” Goshinski said.

VIA’s continued exploration of new frontiers in art and technology is what made the partnership with this year’s Carnegie International exhibition seem almost instinctual. Guests who purchase a “passport pass” will gain access to all of Carnegie International’s exhibits, as well as VIA’s week-long schedule of festivities.

Jonathan Gaugler, the media relations manager for the Carnegie Museum of Art, said that when the Carnegie International curators were putting the exhibition together, incorporating VIA seemed like a good fit.

“Well, our opening weekend falls smack in the center of VIA, and visual art is so integral to what they’re doing that it seemed to just make sense. We called them up thinking, ‘What better fit for the International than that?’” Gaugler said.

VIA is unique in that it’s one of the few, if not only, U.S. festivals with as much focus on visual arts as musical acts. Terence O’Toole, a junior English literature and music major, called last year’s festival “one of the most unique experiences [he’s] ever had.” He says he looks forward to this year’s festivities because of how vibrant the visuals always are and the fact that “live music and visuals just make so much sense together.”

VIA is on the cutting edge in a city that is undoubtedly on the rise. The fourth year looks poised to top the successes of years past. If the festival remains on this trajectory, things are only getting started.

This doesn’t mean that Pittsburgh is on its way to having its own South by Southwest — the Austin, Texas-based music and arts festival that has in recent years become a city-sprawling event that draws in visitors by the thousands. Instead, VIA looks to continue to grow as a festival that fits the needs of the city’s arts scene, working with associated groups to create an event that doesn’t aspire to meet anyone else’s standards.

“We would love for our local, national and international partnerships to grow in an organic way that not only brings larger success to the festival, but also to Pittsburgh as a creative destination. It’s not our vision to become a massive festival like South by Southwest, because something that size might not be the best fit for Pittsburgh.” Goshinski said. “Still, there is definitely a lot of room for us to grow and shift.”

“We are interested in building our own model with local organizations and creating an experience that cannot be a carbon copy of or explained in terms of what other festivals do or have done,” she said.