Welcome Back: Terrance Hayes talks about his path to poetry at Pitt 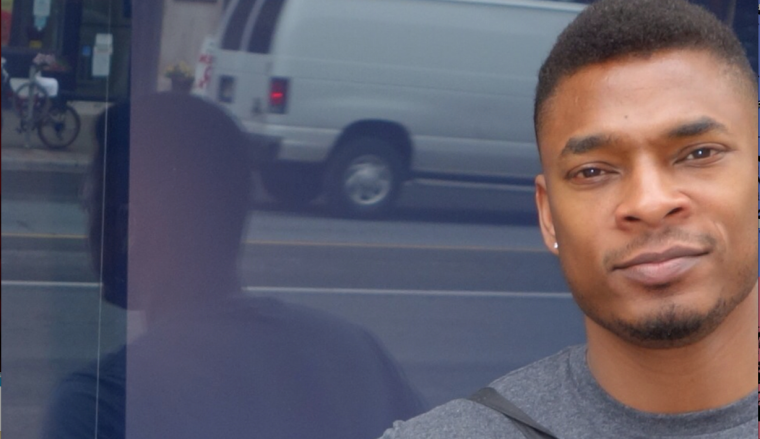 As a winner of the National Book Award and a former Guggenheim Fellow, Terrance Hayes is one of the most successful and talented graduates of the University of Pittsburgh’s Master of Fine Arts program. His poetry is fascinating, elegant, beautiful, playful and honest — even more so when read aloud.

This semester he will make the leap across Oakland, returning from Carnegie Mellon University to the University of Pittsburgh as a professor of creative writing. He recently took the time to discuss the influence that Pitt has had on his life as a poet.

The Pitt News: When you first decided to come to Pitt to pursue your MFA, what spurred that decision?

Terrance Hayes: I met Toi [Derricotte]. She was just reading in South Carolina in a school that was maybe an hour from my school, and I drove over and met her. She was really one of the first writers that I actually met. I liked her quite a bit.

The other sort of more humorous reason was I had a friend who I ran track with in high school, and he played for the Steelers. I thought that, between him and knowing Toi, I could figure this city out because I knew nothing about this city aside from the Steelers.

The funny thing is, once I got here, became a grad student and talked to this friend — Willie Williams was his name — he said, ‘We can’t really hang out. You’re a grad student, and I’m a professional football player.’ So he gave me a couple of Steelers tickets.

TPN: Did Pittsburgh surprise you?

TH: I felt like, as a grad student, I had a much larger circle than my peers. It’s one of the reasons I came back.

I found rappers, basketball players, musicians. I had a great time in the program, but one of the great things was I made lots of friends who weren’t just in the program, so I felt like I had a real relationship to Pittsburgh — not just the graduate students, but the whole city.

[Pitt’s MFA program] is a lot of work, and I think if you have any experience with poetry, I think you can be content to just be a poet. But I didn’t know what that meant because I’d only taken one creative writing class as an undergrad. I didn’t know what it meant to be a poet, so I was looking for other kinds of communities. So I found poets among my fellow grad students, but I wouldn’t say that they had the same sort of interest in what was happening, especially among some of these other circles like athletes and rappers and that sort of thing.

I was crossing bridges. I was in Aliquippa, and I was in the South Side. I was in the Hill, and I was in Mt. Washington, and it seemed natural to me. I didn’t think of it as a radical thing. I just felt like I needed to have a full relationship [to Pittsburgh.]

TPN: Did you come in thinking you were going to learn how to become a poet suddenly?

TH: No. I had a graduate fellowship, so I actually just thought I would do it because I had a fellowship, and then I would maybe go back home. I wasn’t thinking about being a poet. Again, I didn’t know what that meant.

Here’s the funny thing. The professor, Lynn Emanuel — and now she’s a colleague — she’s the only person from my time as a student that’s there. There was a moment when I spoke with Lynn, and I said that I thought I was gonna drop out. I was just felt like, ‘Oh, you know, I think I’m gonna find a job and just do something else,’ and she said to me, ‘You could. I think you could probably fare OK if you decided this wasn’t for you.’ But when she said that, when she gave me permission to stop, that’s when I decided I wasn’t going to stop.

But that weird conversation I found encouraging in a weird way, and, really, as soon as we finished talking, I decided I was going to stay in the program.

TPN: Do you think the city affected the way you developed as a poet?

TH: I do think you need a landscape. I need people that are interesting, so it wouldn’t be enough to go back to South Carolina on a farm.

A poet can’t be a poet in a vacuum, and that’s what I learned in Pittsburgh. As long as I was trying to not just be in a library and not just be in a classroom, I was always finding ways to write and things to write.

I do still believe that. I still try to have experiences that are bigger than just the classroom space. And that’s part of what I teach — pursuing a world that’s larger than your art.

TPN: Do you think your limited experience in creative writing classrooms as an undergrad affects the way you teach an undergraduate class?

TH: You know, the irony of a creative writing class and being a creative writer is that writing is such a solitary act. So you’re always trying to balance this thing that you really do alone with the fact that you have an audience. Sometimes it’s an audience of your peers, or readers that you never meet, or teachers. So, for me, I’ve always tried to ask everybody at the table what our role is. Whether we look at the work as other writers, or we look at it as a reader — and I would say not as a reader — and so, when you bring in your poem or you bring in your story, we should look at it from a writer’s perspective.

I’m always trying to make my students aware that [their work] is a living thing and that the person is at the table. Our job is not to offer a passive critique, as if it were a movie or something.

TPN: Are there any harsh truths about life as a creative type that would-be writers should know about?

TH: The harsh truth is if you’re not good, you’re gonna have a little trouble. There are mediocre [writers] who make a living, but of course nobody starts out wanting to be mediocre. You know, it’s the same harsh truths as sports. If you love sports, that doesn’t mean you’re gonna go to the NBA or the NFL. You can still be a fan, you can love basketball and have access to it and wear all the clothes, but you’re not going to make a living at it.

It’s harder to know as an artist when, in fact, you aren’t good. Sometimes people tell you that, and they’re wrong. People say, ‘I don’t understand this. I don’t think you have what it takes.’ In basketball, if you score 80 points in a game, you know that was real. So in general, I don’t grade people’s poems. I do not try to devalue people’s poems, saying, ‘This is an A poem or a B poem’ because I don’t think we know all the time. I don’t want to be the one who says to the writer, ‘He’s not good enough.’

But I do know it’s a harsh truth for the writer that they might not be good enough. They can only score two points. But that’s not my job.