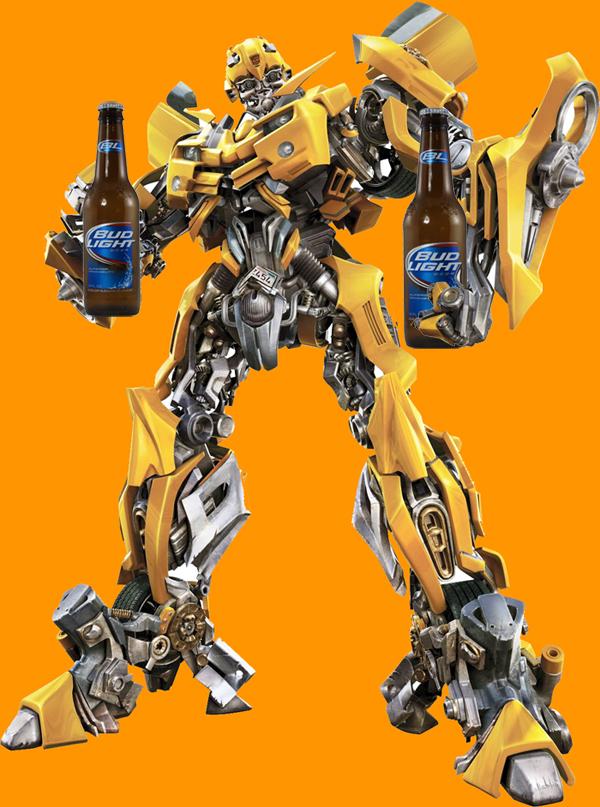 If you are what you eat, movies are what they advertise.

No matter how hard you groan or laugh, there’s no getting around product placement — but some movies do it better than others.

In celebration of product placement and our annual beer appreciation edition, The Pitt News recalled some of our favorite — and least favorite — beer cameos in recent film and what each says about the movie itself.

If you don’t remember this scene, that’s probably for the best. For reference, here’s a quick outline.

Bumblebee and Cade Yeager (Mark Wahlberg) crash a Decepticon spaceship into downtown Chicago. Explosions abound. Before coming to a stop, the ship tears through a clearly marked Bud Light truck driving through the center of the screen. They unbelievably survive the crash — as do the pristine, unopened Bud Lights that roll out onto the street.

After a nerdy guy gets out of his now-destroyed car and demands to know if Cade has insurance, Cade argues with him while, in the background, not one, but two American flags dance in the wind. Cade then proceeds to pick up one of the immaculate cobalt blue aluminum bottles and cracks it open on the driver’s-side car door as the beer neatly fizzes out of it while Wahlberg drinks maybe the neck of it and tosses it to the ground.

“Transformers” is one of the most profitable and enduring franchises in recent memory, but ‘Age of Extinction’ didn’t hold up against critics, with a terrible score of 18 percent on Rotten Tomatoes. Bud Light is similarly one of the most popularly selling beers in America but actually tastes like someone ran water through a beer filter.

Ultimately, both are rather popular but provide base thrills.  Just as Bud Light’s flavor lacks substance, anyone enjoying director Michael Bay’s obnoxious infatuation with explosions and lengthy runtimes probably have no sense of quality.

What’s more, the movie and beer brand also share controversies, especially sexist ones. Bud Light hailed its recent bottle as “the perfect beer for removing ‘no’ from your vocabulary for the night,” justly angering anyone who knows “no means no.”

Couple that with Bay, whose films’ casual sexism caused pop culture website Vulture to make a detailed list of tropes in Bay’s films titled, “7 Ways to Tell You’re a Woman in a Michael Bay Movie.”

The beer, like this “Transformers” scene, is cheap and tasteless. The product-focused sequence is distracting from the film and only entertaining for its ridiculousness — perfectly encapsulating “Transformers: Age of Extinction.”

In fact, Harpoon’s distinct blue, orange and white checkered packaging dominates the characters’ drink of choice so much that it’s hard to remember them sucking down anything else — including water.

But as a tasteful IPA and a handcrafted brew, the product placement is fitting for a quality movie. “Spotlight” won Oscars for both Best Picture and Best Original Screenplay, and that success is similarly reflected in its quality product placement. Originally brewed as a seasonal summer beer, unrelenting demand convinced Harpoon to make it a year-round option and deem the beer its flagship creation.

Similarly, director McCarthy had directed a mere four movies before “Spotlight,” including “The Cobbler,” which stars Adam Sandler and earned a 9 percent on Rotten Tomatoes — more of a Natural Light ranking than a craft beer. But, like Harpoon’s improbable ascent in popularity, McCarthy will undoubtedly be in high demand following “Spotlight’s” success.

Ruffalo, who does most of the work in both the Boston Globe investigation and downing Harpoon brews, is no slouch at what he does either. As a three-time Best Actor nominee for his roles in “The Kids Are All Right,” “Foxcatcher” and “Spotlight,” Ruffalo and Harpoon IPA come together as a quality combination.

On the outside, it’s lavish and expertly crafted. On the inside, it’s dull and quickly falls flat.

“Quantum of Solace” was marketed as a typical, smooth Bond film. Commercials gave us Daniel Craig fending off evil with his bare hands while still looking suave in that suit. They gave us sleek cars, beautiful Bond girls and witty one-liners. They offered eager viewers a line, and they happily took the bait.

Then people actually watched the film, and they said “meh.”

This is fitting, considering the film’s sponsorship with Heineken — a beer that looks immaculate enough for our favorite British spy but is essentially just a PBR in a fancy green bottle.

Heineken is more expensive than your average brew, but a lot of that money goes toward the packaging. It doesn’t need to taste great — people just have to want to buy it. Because once they do, they’re going to drink it regardless.

For both “Quantum of Solace” and Heineken, it’s all about esteem. They look cool, they’re part of a popular brand and they’re light in taste, so you can absentmindedly indulge in both without really feeling anything meaningful.