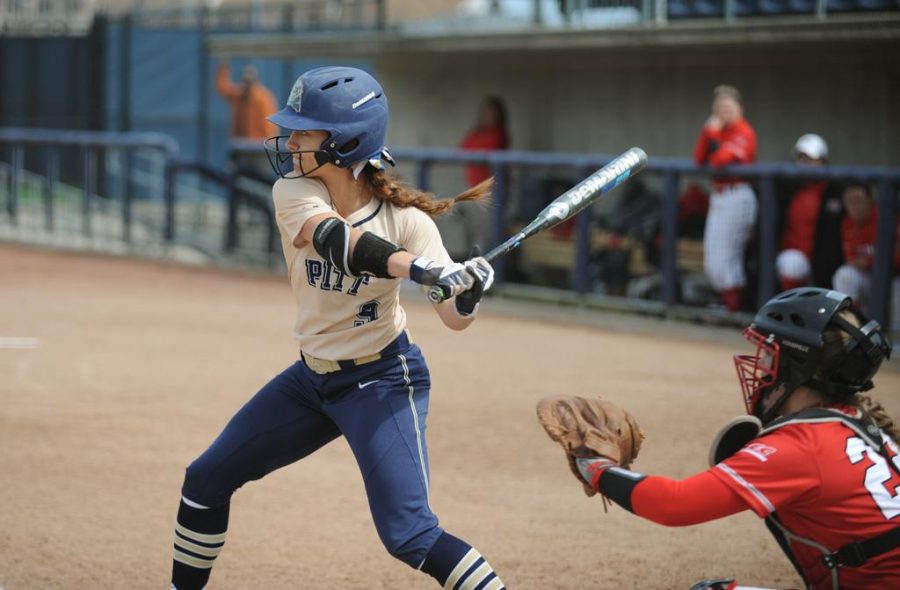 A graduate of Mars High School, Hershman was a go-to player for the Panthers this year.

Starting all 51 games, the outfielder’s .364 batting average was the second highest on the team. Hershman was also third on the team with 52 hits and 36 runs scored, fifth on the team with seven home runs and 31 runs batted in, and led the team with 11 stolen bases in 12 attempts.

Modic, a native of Youngstown, Ohio, who is a senior pitcher and infielder, earned All-ACC honors for the second consecutive year after being named First Team All-ACC last season.

Modic batted .329 while finishing second on the team with 12 home runs and third with 37 RBIs. On the hill, Modic went 7-9 with a 3.78 earned run average, pitching a complete game victory in the Panthers’ final regular season game to propel them into the ACC tournament.

Like Hershman and Modic, Sevilla started all 51 games in her final season at Pitt.

Sevilla, from San Diego, California, led the Panthers with 60 hits and 48 runs scored. The senior infielder also finished third on the team with a .357 batting average and 11 homers and second with 38 RBIs.

Hershman, Modic, Sevilla and the rest of the team are taking on the No. 6 Florida State Seminoles in the first round of the ACC tournament in Raleigh, North Carolina, at 11 a.m. Thursday morning.