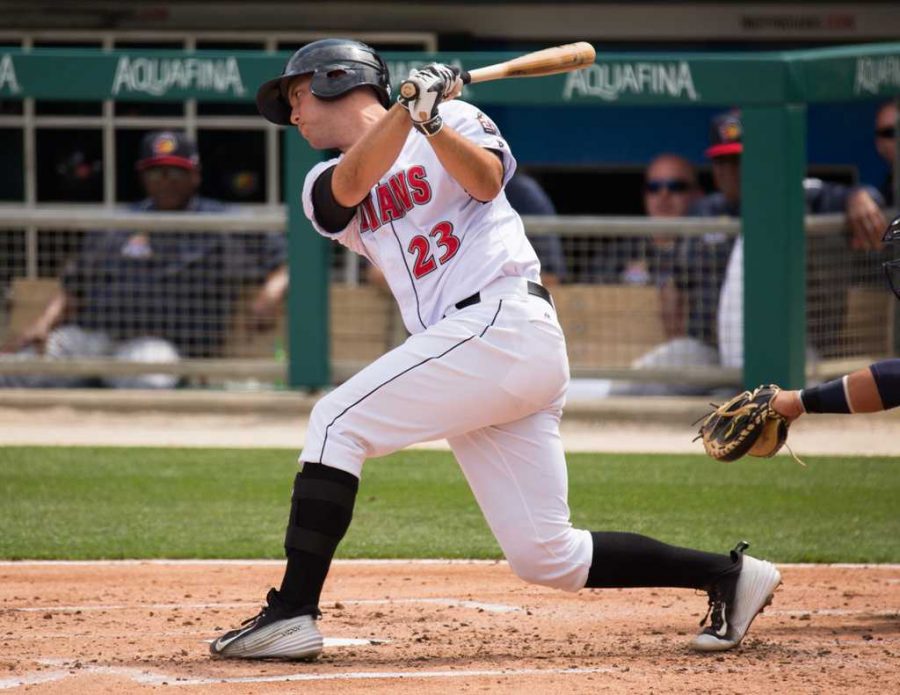 The Stallings family was sitting around one day in 2012, casually discussing plans for their eldest son Jacob’s upcoming wedding.

Who would they invite? Who were the groomsmen?

Then came the big one, a position that Jacob’s parents Kevin and Lisa had previously thought to be unassigned.

“And Dad will be my best man,” Jacob casually said, continuing down the list of wedding day duties.

His parents were flabbergasted. Kevin could only muster a “Really?” in response.

Jacob, a catcher in the Pittsburgh Pirates’ minor league system, was unfazed. He assured his parents that his best man would be his dad, then the head basketball coach at Vanderbilt University. The coach’s eyes started to well.

“It’s just kind of funny, because he began to tear up,” Jacob said. “And I was like, ‘I figured everyone already knew this.’”

For the groom-to-be, the rationale was pretty simple.

“My dad is my best friend,” Jacob said.

Now, four years after the Pirates drafted Jacob, his path is converging with his best friend’s in the Steel City.

Four years after the wedding, father and son shared another key conversation. This time, Kevin’s life was the focus.

The Stallings family was in Bradenton, Florida, the town that temporarily becomes “Pirate City” every March. Jacob was taking part in Pittsburgh’s spring training when, after a game, he received a text from a friend.

“Did you see Jamie Dixon is leaving Pitt?”

Jacob, an astute college basketball fan, was shocked at first by the exit of the Panthers’ longtime coach. On the drive back from the game, he turned to his father in the car and asked him about the job Dixon had just vacated after 13 seasons.

Kevin had just completed his 17th season as head coach at Vanderbilt, losing a play-in game for the NCAA Men’s Basketball Tournament, and he’d heard about Dixon’s leaving.

Jacob attempted to gauge his father’s interest in the open position.

“Yeah,” Jacob remembers Kevin saying, “If they want to interview me.”

“I’m down there minding my own business,” Kevin said. “And Scott Barnes called and turned my life upside down.”

Pitt officially announced Kevin as the new men’s basketball head coach Easter Sunday. Jacob, who has still never stepped foot inside PNC Park, is still getting acclimated with his father’s new position, and having him so close by.

A new goal emerged for the duo. If Jacob makes the major leagues, the two can reach the pinnacle of their careers in the very same town.

Although Jacob is just one stop away from playing in Pittsburgh, Kevin didn’t factor that into his decision to take the Pitt head coaching job.

Both Kevin and Jacob understand the Pirates are already loaded at the catcher position. Francisco Cervelli and Chris Stewart man the backstop in the majors, and two talented catchers await in their minor league system in Elias Diaz and Reese McGuire.

“It’s fun to think about, but I understand that I need to keep working and keep getting better and just worry about my growth and my progression every day,” Jacob said. “And if that happens, I’ll know I have a place to stay.”

Jacob Stallings was born December 22, 1989, in Lawrence, Kansas, in the midst of his father’s run as a top assistant for legendary coach Roy Williams.

His father switched jobs in 1993, accepting the head coaching gig at Illinois State before eventually finding a long-term home in 1999 at Vanderbilt University in Nashville.

Stallings enjoyed tremendous success at Vanderbilt, compiling a 332-220 record as the head coach of the Commodores while earning a reputation as one of the premiere offensive minds in the country.

Jacob attended every home game growing up, even taking traveling with his father to road games when he was young.

Like his father, he was a good high school basketball player, earning All-State honors his senior season. Unlike his father, who played for the legendary Gene Keady at Purdue, he wasn’t good enough to play Division I in that sport.

“I was too skinny and too slow to play in the SEC or ACC or anything like that,” Jacob said. “So luckily, catcher worked out perfectly.”

Jacob developed into an elite defensive backstop, attracting Division I attention. Eventually, he narrowed his choices down to two options: the University of North Carolina Tar Heels and his father’s Vanderbilt Commodores.

A recruiter by trade who was now watching his son go through that very process, Kevin would utter the same sentence he had heard out of handfuls of prospects’ parents.

“It was gonna be his decision,” Kevin said.

Kevin did say that both he and his wife would maintain some form of influence on Jacob’s choice. But as it turned out, a different Vanderbilt coach, head baseball coach Tim Corbin, had the biggest impact on the catcher’s commitment.

Corbin’s honesty when talking with the Stallings family proved to be the deciding factor for Jacob. Vanderbilt already had Curt Casali, a catcher currently on the Tampa Bay Rays, who was only a year older than Stallings. Corbin wasn’t going to try to convince the Stallings that Jacob would play over him.

“[Corbin’s] exact words were, ‘I would rather poke myself in the eye with this pencil I’m holding than say this, but he’ll play more if he goes to North Carolina,’” Kevin said.

That conversation was crucial to the Tar Heels landing Stallings, and North Carolina coach Mike Fox knew it.

Fox credited Jacob’s family for what he said was a pleasant recruiting process, citing a 12-hour visit with the entire clan, one that culminated in the group downing some dessert in the middle of Chapel Hill.

“I remember we ended up eating ice cream on Franklin Street,” Fox said. “It didn’t seem like 12 hours because it was so enjoyable.”

Despite a smooth recruitment, obstacles were about to take form. Jacob was skilled defensively, but his bat was weak, and he still needed to develop physically. At 6-foot-5 and 178 pounds, he had plenty of room to grow.

“He looked like a pitcher, was built like a pencil and plays the squattiest position on the field,” Kevin said. “So no, I had not the slightest idea that he could be a professional.”

“We can laugh about that now”

Jacob still remembers a call he made to his father during his first year.

“I remember telling my dad that I was the worst hitter there,” Jacob said. “He assured me I was not. I assured him I was.”

This offensive uncertainty was apparent early on. Fox recalled Jacob’s first batting practice in which the young catcher was less than stellar.

According to the coach, Jacob took eight to 10 swings. The ball didn’t leave the cage once.

“That was the start. Welcome to your first college baseball practice,” Fox said. “Obviously, we can laugh about that now.”

The catcher was meek, but Fox said Jacob’s desire to improve and lack of academic stress contributed to his emergence as the team’s starting catcher during the middle of his sophomore year. He added that the younger Stallings also benefited from growing up as a coach’s son.

“I don’t think there’s any question about it,” Fox said. “You can’t help but have that, a young kid growing up around it, you can’t help but absorb some of that if you’re paying attention.”

The work Stallings put in paid dividends. He bulked up 40 pounds by the end of his college career, and was selected by the Cincinnati Reds in the 42nd round of the MLB draft after his junior season.

But Jacob returned to the Tar Heels for his senior year, citing a desire to finish his degree and win a College World Series.

“Unfortunately, he only did one of those things,” Kevin said. “But at least that one was that he got his degree.”

The Pirates drafted Stallings in the seventh round in 2012. He would play in several cities, including State College, Altoona and Bradenton —  far away from his father in Nashville.

To remedy this, Kevin subscribed to Minor League Baseball’s streaming service. He said that unlike Double A, which didn’t provide broadcasts for every game, Jacob’s current stop in Triple-A Indianapolis means the coach can stream all of his son’s games.

The two have limited face time together during Jacob’s season, but they make up for that when September ends, as Jacob helps out with his father’s season preparation.

As an exercise science major at North Carolina, Jacob has also made a habit of doing some math the past three seasons, assisting his father in the compilation of advanced statistics.

He’ll continue doing so this year, switching from the Vanderbilt University Memorial Gym to the Petersen Events Center.

While Kevin first stepped foot on Pitt’s campus the Monday after Easter, Jacob will visit for the first time when he comes for his statistician duties. The fact that his father got there before him still has Jacob feeling incredulous.

“I never thought he’d beat me to Pittsburgh,” Jacob said.