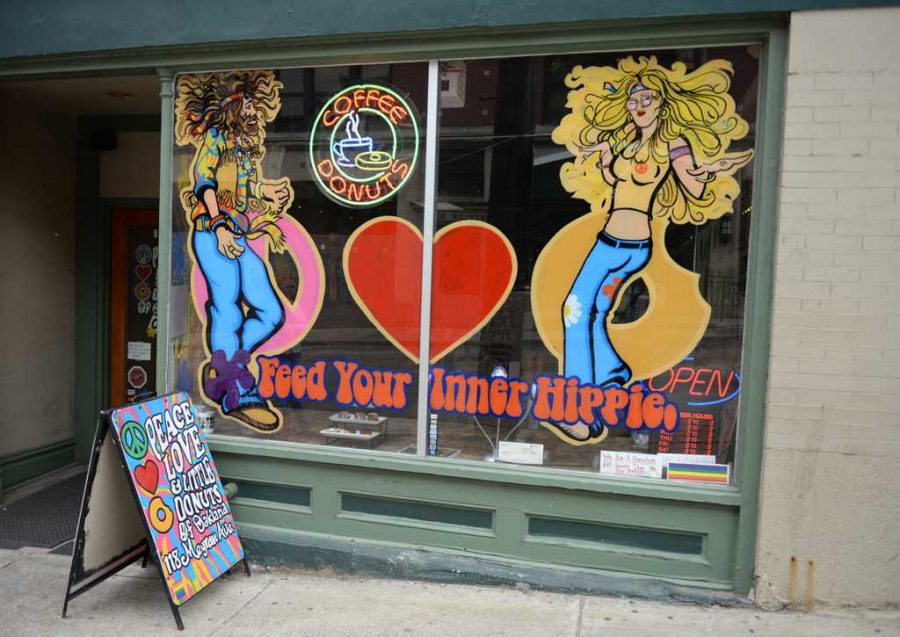 You might have heard that the Steel City — highlighted by an onslaught of quirky restaurants, including the Fairfield at the Ace Hotel in East Liberty and The Vandal in Lawrenceville — is becoming a great place to eat. But Oakland hasn’t exactly been the epicenter of the foodie renaissance, and as a first-year student, it’s easy to feel left out of Pittsburgh’s big culinary debut.

It’s doubtful, unless you brought a car from home or are from the area, that you’ll make your way out to East Liberty too often to buy a $10 breakfast of one egg and toast. Most days, you’ll be dragging yourself out of bed to get an already-paid-for meal at Market Central or standing in line for another Chipotle burrito.

So we want to give you, the hip and cool newcomers to Pittsburgh’s youngest neighborhood, an idea of where to find more interesting, less crowded options on and right near campus. Editors and writers from The Pitt News have put together some personal favorites that you don’t have to take a bus to find.

Peace, Love and Little Donuts, 118 Meyran Ave. — about a 10-minute walk from Cathy

Share a pastry with Bob Dylan, The Beatles and Jim Morrison at by far the hippest place to get donuts in Pittsburgh.

Peace, Love and Little Donuts is one of a few locations in the Pittsburgh area, but part of a chain of more than 20 nationwide. Tucked away right off of Forbes Avenue, the walls decked out with trippy, hand-drawn artwork, this place is the easiest way to cure a sweet tooth in Oakland.

Though its product may look small, the dense doughnut holes are filling and come in many variations. Basic styles — glazed, powdered and the like — are covered in the “groovy” section, while flavored icings like raspberry and chocolate macchiato are under “far out.” But the “funkadelic” doughnut possibilities — over two dozen variations — ranging from maple bacon to Fruity Pebbles, are the real reason to visit.

Beta Bites is a gem of local eateries. Specializing in American and Moroccan cuisine, it dishes out a wide variety of sandwiches, salads, pizzas, wings and specialty hot bar items.

The newly opened restaurant offers eat-in, takeout and delivery services, but the short walk from campus, as well as the extremely friendly workers, make taking a trip inside a no-brainer. Whoever is behind the counter will take the time to chat with you, and, if you‘re a regular, they will make sure they get to know you.

Portions are large — my regular is the three cheese panini, and I can never eat it all in one sitting — but the price is reasonable. The absolute best item on the menu? The fries. Cooked crispy and seasoned with a bit of spice, they’re unrivaled throughout Oakland.

Golden Palace Buffet is the spot to get exactly what every college student wants: all-you-can-eat Chinese food for $8.

The cost — discounted to $8 for students during lunch and $8.25 during dinner — includes access to the buffet’s standard fare of General Tso’s chicken, lo mein noodles, steamed vegetables, several soups and Chinese donuts. It’s a cheap and convenient way to slip into a sodium coma from the spread of freshly prepared Chinese food.

Fair warning: seating can be limited during the busier lunch hours as students, hospital workers, Pitt faculty and townies alike may be there. Golden Palace also offers a takeout option where you can prepare a to-go box to pay for by the pound.

Opa Gyro, Schenley Plaza — about a two-minute walk from Cathy

Like most Pitt students, when there’s a rare sunny day in Pittsburgh, I like to grab my sunglasses, a good book and absorb the sunshine in Schenley Plaza.

But if I get hungry, I head to the Opa Gyro kiosk adjacent to The Porch to grab — what else — a gyro. Everything on the menu is under $6 — the most expensive offering is the original and chicken gyro salads, which only cost $5.95 — and, if you aren’t in the mood for gyros, it also serves hot dogs, soft pretzels and, my personal favorite, stuffed grape leaves.

For someone who’s broke, perpetually hungry and likes to do work outdoors, Opa Gyro is a must.

Szechuan Express, 125 Oakland Ave. — about a seven-minute walk from Cathy

The perfect mix of price and speed, Szechuan Express on Oakland Avenue offers a menu so large that its owners can — and do — wallpaper the restaurant with its options.

Customers need not call ahead or order online to be in and out in 15 or 20 minutes, and watching the cashier shout orders into a microphone suspended from the ceiling never truly loses its charm. Most of the dishes cost less than $10 and are easily large enough to make into two meals, meaning that Szechuan has made up roughly half of my college diet thus far.

While the generic Americanized dishes are predictably fried and salty, it’s the hidden marvels such as the spicy Thai coconut chicken curry and Ma Po tofu that make the menu worth revisiting.

As a first-year Pitt student, you won’t stop hearing about the great debate between Sorrento’s Pizza and Antoon’s Pizza. But if you venture into South Oakland just a few more feet, a single cook and an outdoor, flat-top grill will beat those cheap large pizzas into Shadyside.

My favorite place to grab a quick lunch, Las Palmas, is part Mexican grocery store, part outdoor taco grill — I’m not lying when I say that these are the best tacos in South Oakland. Forget Chipotle and Qdoba, Las Palmas offers warm corn tortillas wrapped around a variety of proteins including, but not limited to, chicken and onions, steak and onions, carnitas and, my favorite, prime rib. They also offer a vegetarian option featuring potatoes and peppers.

The downside is a lack of seating, and a few run-ins with the Health Department, but if you’re willing to risk it for a great taco, you should.