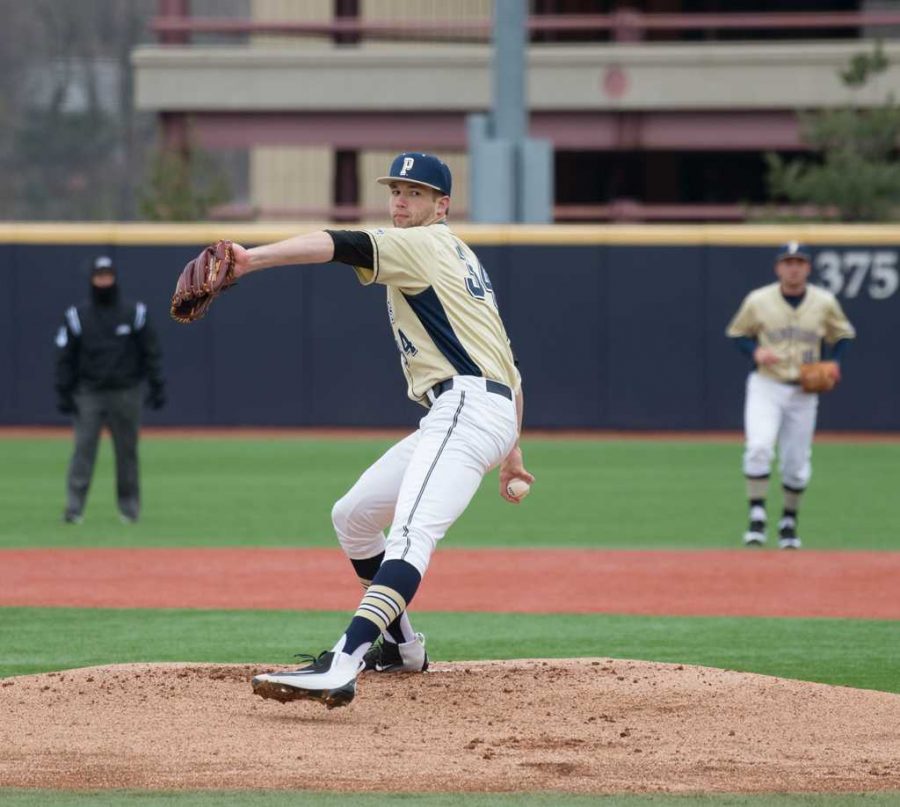 Former pitcher T.J. Zeuch became only the second Pitt Panther ever selected in the first round of the MLB Draft Thursday night.

Zeuch is Pitt’s first top pick since the Texas Rangers drafted Al Lachowicz No. 24 overall in 1981. The Toronto Blue Jays drafted Zeuch No. 21 overall in the 2016 MLB First-Year Player Draft on Thursday night, the highest draft selection ever for a Panther.

In his first year at Pitt, Zeuch started nine games and made six appearances out of the bullpen, compiling a 2-6 record with a 2.75 earned run average, 41 strikeouts and 17 walks in 55 ⅔ innings pitched.

Zeuch emerged as a full-time member of the Panthers’ starting rotation as a sophomore. He started 14 games, posting a 5-6 record with a 3.87 ERA, 90 strikeouts and 25 walks in 88 ⅓ innings.

Firmly entrenched as the staff ace as a junior, Zeuch started 10 games after missing the first month of the season with a groin injury. The towering right-hander went 6-1 with a 3.10 ERA, 74 strikeouts and 19 walks in 69 ⅔ innings.

Zeuch led Pitt’s starting pitchers in ERA in each of his three seasons and leaves as arguably the best pitcher in school history. Panthers head coach Joe Jordano credited Zeuch’s work ethic in a press release after his selection.

“Today we are all very proud of T.J. being drafted in the first round by the Blue Jays,” Jordano said. “He certainly earned this lofty position and has worked very hard for this day to become a reality.”