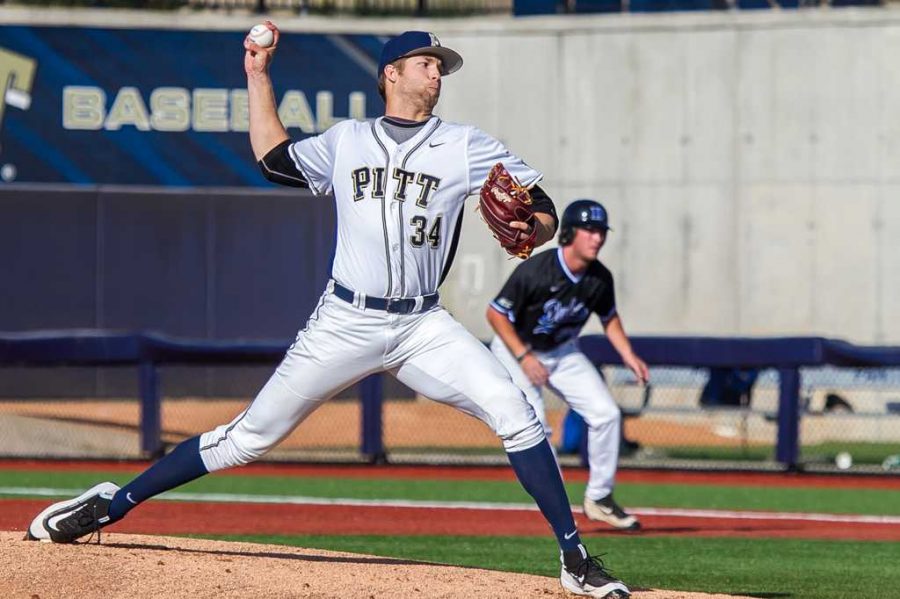 Junior pitcher T.J. Zeuch became Pitt’s first player taken in the first round of the MLB Draft in 35 years Thursday night. By the end of the 2016 MLB Draft, five Panthers heard their names called.

Zeuch became Pitt’s highest draft pick of all time and only the second Panther ever selected in the first round when the Toronto Blue Jays drafted the towering righty, No. 21 overall. Al Lachowicz — also a right-handed pitcher — was the first, drafted by the Texas Rangers, No. 24 overall, in 1981.

Sophomore shortstop Charles LeBlanc was the second Panther off the board when the Rangers picked him in the fourth round at No. 129 overall Friday. The Quebec native became Pitt’s first player named to the All-ACC First Team after leading the ACC with a .405 batting average.

Senior Alex Kowalczyk also got a call from the Rangers in the 12th round at No. 369 overall Saturday. The catcher enjoyed his best season in 2016, batting .315 with nine home runs, 45 RBIs and a team-leading .569 slugging percentage.

Finally, the Los Angeles Dodgers drafted Pitt’s Nick Yarnall in the 35th round at No. 1061 overall Saturday. The junior utility player led the Panthers with 11 home runs in 2016 while batting .309, slugging .556 and driving in 39 runs.