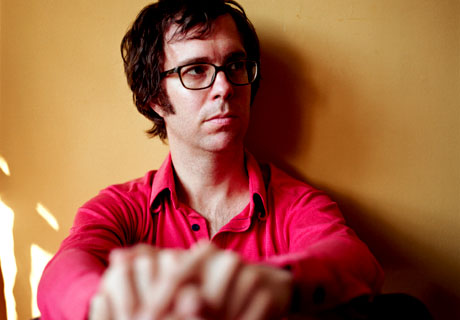 Rap fans have a lot to look forward to as Slug and his producer Ant, the duo out of Minnesota, tour this fall to support their newest album, “Fishing Blues.” Their ninth together, the huge selection of tracks put Slug and Ant’s irreverent goofiness on full display. For example, on recent release “Ringo”, the endearingly off-key chorus of “Everyone wants to see a falling star,” is matched by a goofy, carnival-esque beat. But when the duo gets serious and Slug starts purging his head of anger and guilt — such as on the hit “Yesterday” — you’ll know to never treat Atmosphere as a throwaway.

One of blues rock’s freshest legends is about to come to Pittsburgh. Gary Clark Jr. fills part of the void left by blues greats B. B. King and Johnny Winter while also carving out his own slice of blues history. In addition to being one of — if not the top — blues guitarist playing today, he is also one of the few blues artists to draw influences from rap and hip-hop. This influence reveals itself in his work as smooth, groovy R&B style, near-rapping lyrics punctuated by guitar and his oft-recorded dedication to neo-soul. Clark’s unmistakable guitar also pops up alongside songs by rappers Oddisee, Talib Kweli and Big K.R.I.T. His sound alone could fill a stadium and his playing is something to behold, sometimes downright Hendrix-esque.

I first came upon Ben Folds’ music watching a show called “The Sing Off” in high school. Imagine “American Idol” plus a cappella, minus the sometimes-entertaining audition episodes — it sparked my interest in a cappella long before “Pitch Perfect” came around. The groups competing were entertaining, but the best part about the show was Ben Folds’ critiques. The man is a music theory genius — he recently wrote an entire piano concerto — and, as someone taking music theory at the time, I felt a weird connection to him. I was proud knowing most of what came out of his mouth. After a group covered one of his songs, I decided to look into his music and his great songs soothed this lonely high school girl’s soul. Ben Folds has toured with a full orchestra and a chamber orchestra, but I’m most excited for this show because, like the title “Ben Folds: And a Piano” says, it will be just that. It’s going to be intimate and visceral, and I guarantee I will be sobbing uncontrollably for the entire duration. If you’re a Ben Folds fan looking for a cathartic evening with the man himself, definitely go to this concert — and if you see me there, give me a hug and some tissues.

Experimental pop group Animal Collective has always leaned towards the arrestingly abstract, which made the release of their relatively straightforward tenth LP “Painting With” that much more striking. The band started touring last February when their latest album was released and they’ll make their way through Pittsburgh this October. Consisting of members Avey Tare, Panda Bear and Geologist — minus fourth member Deakin this time around, who released his first impressive solo project “Sleep Cycle” this past April — the band’s live setup always promises wild energy as well as new interpretations of their past work. Not only does this entail improvements upon the new material they are touring, but fresh performances of older songs that have made their past discography so remarkable. Panda Bear toured his last solo album “Panda Bear Meets the Grim Reaper” through Mr. Smalls last year, and it will be striking to see Animal Collective perform in such an intimate space.