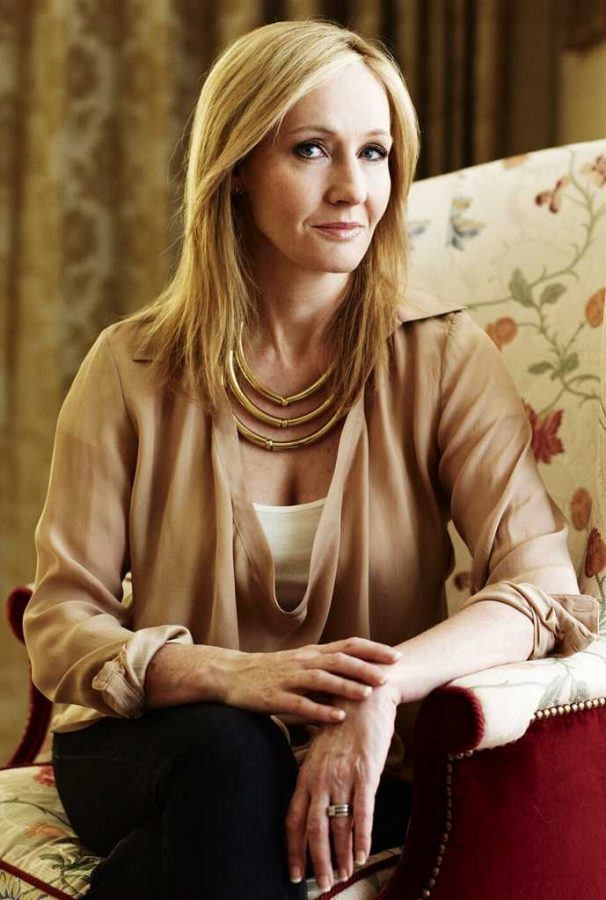 With a floor-to-ceiling poster from “Harry Potter and the Deathly Hallows — Part 1” in my bedroom, there’s no denying I’m a big Harry Potter fan.

But I wasn’t sure if I was going to buy — or even read — “Harry Potter and the Cursed Child.”

As I saw and read spoilers for the play online weeks before the script came out, I didn’t want to believe them — they sounded far-fetched to me, despite a sinking feeling they were accurate. Looking at the signs to pre-order the book while walking into Barnes and Noble, I felt indecisive. I would think of the spoilers, then offer myself a rebuttal: but it’s Harry Potter.

But I knew I was going to buy it the moment I parked behind Barnes and Noble the day after the book came out. Yes, it appeared the rumors were true: fans were calling it “bad fanfiction” and comparing it to the “A Very Potter Musical” parodies. Fans mentioned some good things about it too, so I decided to read it myself to make up my own mind.

“Harry Potter and the Cursed Child” — created by J.K. Rowling, John Tiffany and Jack Thorne — wasn’t as bad as I thought it would be, though the “A Very Potter Musical” comparisons and “glorified fanfiction” references didn’t necessarily miss the mark. There were many parts I found myself enjoying: the character of Scorpius Malfoy and his relationship with Albus, Draco joining up with Harry, Ron and Hermione and both Ginny and Harry confronting Dumbledore — well, his portrait — about letting Harry grow up in an abusive environment before going to Hogwarts.

There were also many things I found myself scratching my head at — time traveling as central to the plot, mischaracterizations, a bizarre rumor in the story that Draco’s son is actually Voldemort’s son. There were times I had to look back at the book’s cover and check for the 10th time that J.K. Rowling’s name was listed as one of the writers, that what I just read was actually canon.

The play picks up where the epilogue of “Harry Potter and the Deathly Hallows” left off. Albus Potter gets sorted into Slytherin, and becomes best friends with fellow outcast Scorpius. Albus overhears a conversation between Harry — who he has a strained relationship with — and Amos Diggory, in which Amos asks Harry to go back in time and save Cedric with a time-turner Harry recently confiscated from a Dark wizard. Albus decides to travel back in time to save Cedric with Scorpius and Amos’ niece, Delphini. It doesn’t go well.

Time travel in and of itself isn’t bad, but there’s something about it in “Cursed Child” that puts me off a bit. I think what bothers me is that it’s the central component of the plot in a “Harry Potter” story and Albus and Scorpius repeatedly travel back in time.

Yes, “Harry Potter and the Prisoner of Azkaban” featured time-turners and thus time traveling, but the reader didn’t know about them until the end, when they explained how Hermione took so many classes and enabled Harry and Hermione to save Buckbeak and Sirius.

In “Cursed Child,” a major chunk of the play is spent traveling through time or dealing with the consequences of it. As someone who is used to seeing time-traveling in sci-fi, I didn’t expect a “Harry Potter” story to rely heavily on time traveling, and maybe that turned me, and others, off.

There is something taxing about traveling back in time repeatedly — both in terms of reading it and explaining it to others.

More so than the repeated time traveling, the mischaracterizations got under my skin. One of them I could rationalize, but others simply didn’t seem at all like something the character would do, no matter what emotions might have pushed them.

There is a plot twist — you’ll know exactly what I’m talking about if you’ve read it or seen any spoilers — that strikes me as coming right from a description of a bad fanfiction on the popular fanfiction site, Archive of Our Own.

Don’t get me wrong, I love fanfiction and Archive of Our Own. I even have an account with fanfiction I wrote a few years ago. But let’s face it: there is some mediocre fanfiction out there alongside the incredible, novel-length ones.

Regardless, I found myself enjoying parts of the play, glad to be able to return to some of my favorite characters with a new story. I missed Ron — who still made me laugh — and it was sweet how he and Hermione clearly loved each other, no matter the changes caused by all the time traveling.

Judging by reactions I’ve seen online, I’m not the only person that found Scorpius Malfoy and his relationship with Albus two of the strong suits of the story. Scorpius is kind-hearted, funny and my favorite part of the story. Though their roles as outsiders is a bit saddening, Scorpius’ and Albus’ relationship is everything I could have asked for. It’s clear to me that they mean the world to each other.

I loved Draco teaming up with the gang too — readers can see how much he’s changed and get a new look into his character.

“Cursed Child” is undoubtedly flawed, but it has highlights throughout. Honestly, the best thing to do is probably to read and decide for yourself whether the story holds some of the magic of the original series for you.

The “Harry Potter” series is personal for a large chunk of its fans — so many grew up with the series, pretending to be the characters while playing with their friends, duelling with sticks found in their backyard. It’s part of what makes the series such a cultural phenomenon and why adding to the series is so tricky now.

But even with its flaws, returning to Rowling’s universe feels a bit like coming home.