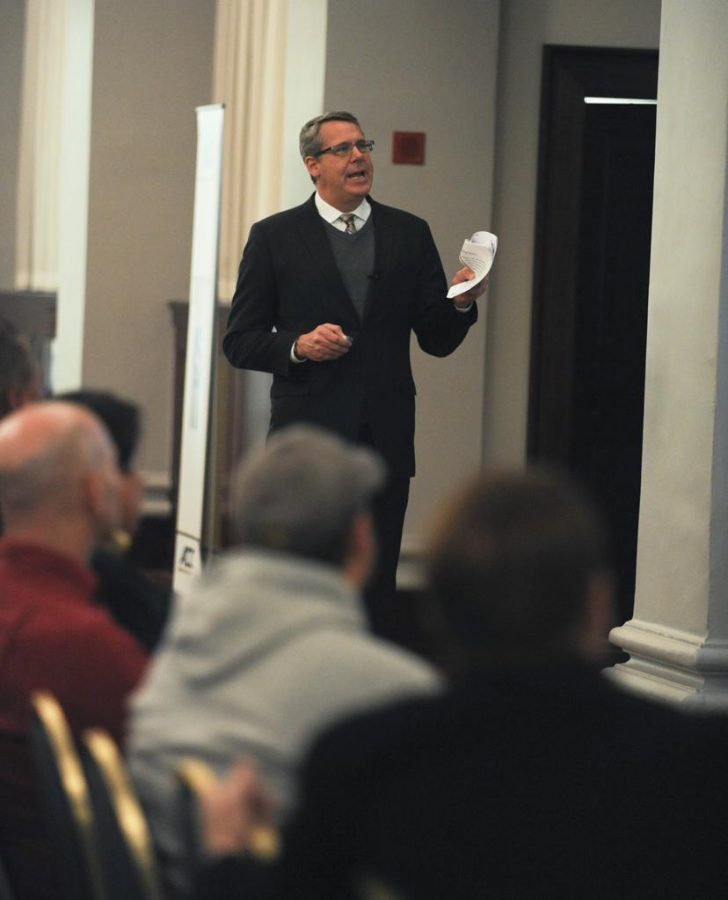 The University’s Panther Club announced a three-week initiative on Tuesday that will seek to procure more than 11,000 monetary donations from 220,000 possible donors.

With over 300,000 living alumni, only 8,000 donated to the athletics department last year, making Pitt’s donor engagement rate one of the lowest in the ACC. In April, Athletic Director Scott Barnes spoke about the importance of raising money for the Athletic Department and the need to accumulate a wider donor base.

Barnes later released “Inspire Pride, Build Champions” in June — a strategic plan for Pitt Athletics spanning from 2016 to as far as 2021. The plan outlines everything from recruitment to attaining championships, student-athlete education and unifying Pitt alumni.

“We are extremely excited about this Panther Club campaign,” Barnes said in a press release. “We have developed a great vision for the future of this athletic department. The continued support from, and the growth of, the Panther Club will be key components to reaching those heights.”

The campaign, which started Aug. 25, moves away from the reliance on ticket sales to more online and social media engagement.

In the release, the Panther Club said that by generating a stronger donor base, its goal is to sponsor the over 475 student athletes and future athletes with any of their needs from scholarship opportunities to reaching athletic success.