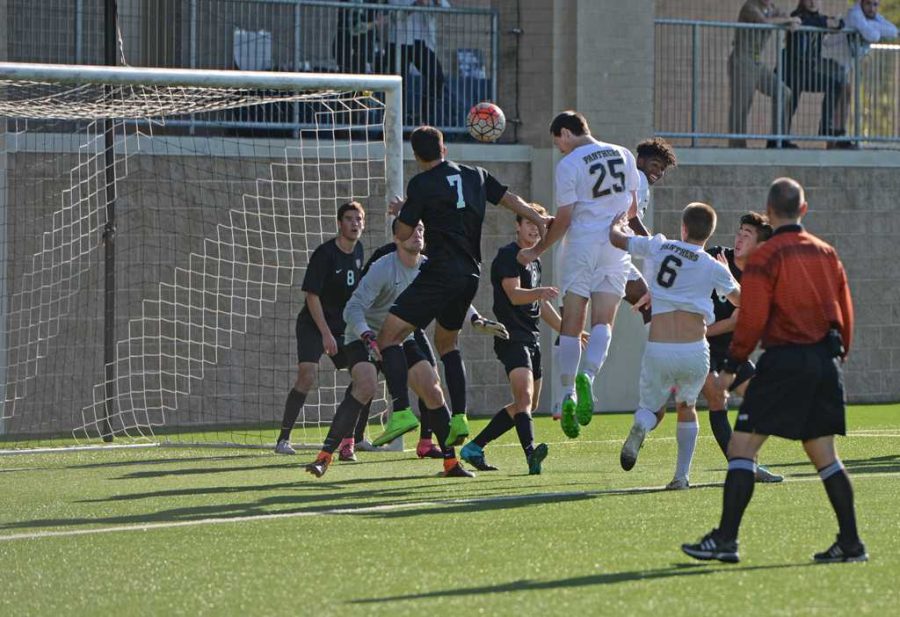 By Tiyanna Brown | For The Pitt News

The Panthers (1-2-1 overall, 0-1-0 ACC) hosted the Louisville Cardinals (3-1-1 overall, 1-0-0 ACC) at Ambrose Urbanic Field to open up ACC play. It was the fourth meeting between the ACC competitors, and the Cardinals have now won all four.

While playing tight defense in the early minutes of the first half, Pitt’s offense made frequent attempts to get inside the 18-yard box but couldn’t generate any scoring chances.

In the 21st minute, Louisville attempted a shot on goal, and it appeared it was saved by Pitt goalkeeper Mikal Outcalt. He then lost control of the ball, which was redirected by Louisville and off two Panthers defenders and into the goal.

The defensive blunder put Pitt into a 1-0 deficit going into halftime.

The second half was a similar story to the first, with the Cardinals controlling possession and generating more shots on goal. Then, in the 56th minute, Cardinals forward Mohamed Thiaw bounced a goal over Outcalt and into the lower left corner of the net on an assist from defender Tim Kubel to extend Louisville’s lead to 2-0.

That’s how the score ended up, as Cardinals came out on top for the fourth time in as many games against the Panthers.

“The team’s attitude remained the same, ‘Go out there and win,’ and we gave it our all,” Outcalt said. “Just have to look forward and look to Tuesday.”

The Panthers will try to bounce back in a local showdown at Robert Morris on Tuesday, Sept. 13, at 4 p.m.