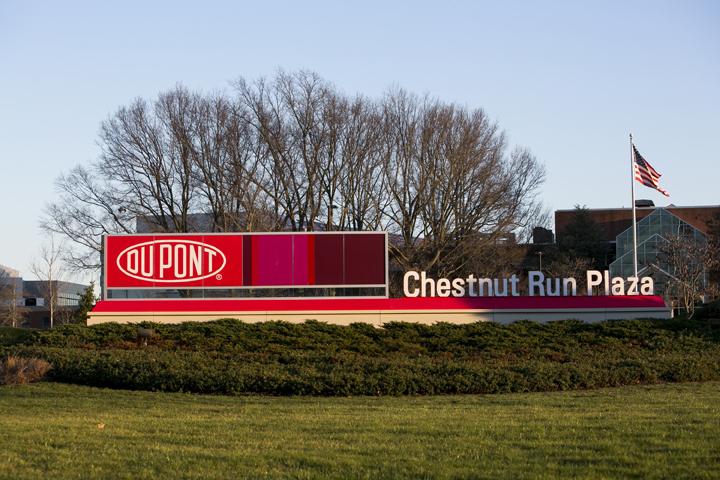 Computers commonly sit in our pockets or on our wrists, but the next generation’s “smart” materials could weave technology into the very fabric of our clothing.

Pitt researchers have linked principles of chemistry, materials science and mathematics to design the model of a material that can recognize patterns and may someday be used to monitor human health. The material, which is only in the theoretical stage currently, is a meshwork of gel blobs about half a millimeter in diameter, capable of turning chemistry into electricity, and wired together to form ten 60-unit computing networks — no batteries required.

The researchers published their model in the journal “Science Advances” earlier this month but are still looking for collaborators to create the prototype.

Principal investigator Anna Balazs, a professor of chemical engineering at Pitt, has been talking with John Rogers, a University of Illinois professor also familiar with smart materials, to make the model a reality. According to Rogers, funding is a larger obstacle than technology.

“I would say you could develop a pretty clear path for getting there based on what’s available now,” Rogers said.

Once the material is developed, Balazs said clothing could alert the wearer to concerning patterns in physiology or behavior.

For instance, Balazs said, a smart bandage would alert the wearer that a broken bone is sufficiently healed, or a shoe insole would sound an alarm if it senses a change in stride — possibly the first indication of Alzheimer’s disease.

“Ultimately, we’d like the computer to have ready interactions with human beings,” Balazs said. “One of the next developments is if you could wear the computer.”

The trend toward wearable technology is increasing with advancements such as the Apple Watch and the Fitbit. Several companies, including England-based company, FlexEnable Ltd., and DuPont USA, are working to create new materials that can comfortably monitor health.

FlexEnable utilizes smart materials by printing electronic circuits on flexible plastic film about the thickness of a sheet of paper to make the material more comfortable, according to the company’s website. These flexible devices can be incorporated into bandages or catheters for patient monitoring or health and fitness trackers with shatterproof displays.

“This is particularly important for health monitoring,” Paul Cain, FlexEnable strategy director, said, “because real-time monitoring can allow subtle conditions to be picked up at the earliest opportunity.”

According to a report from the global management consulting firm Accenture, use of wearable health trackers that monitor steps, heart rate and sleep has risen from 9 percent in 2014 to 21 percent in 2016. The majority of those surveyed — 78 percent — either currently wear or are willing to wear health-tracking technology.

At Pitt, this new theoretical model could push that trend further by eliminating the need for battery power and embedding computational power into the material itself.

The model works by using a chemical reaction to cause gel within the material to expand or shrink, which bends a tiny piezoelectric hair — a lever that generates electrical energy in response to applied pressure — mounted above the gel. As the gel moves, the voltage generated by the piezoelectric lever fluctuates.

The model material is made up of many gel and piezoelectric units. When they’re wired together into networks, their voltages can fluctuate either in or out of sync, allowing the system to communicate across the fibers in the material. When the units in a network sync up their voltages, it triggers an audible alert to the wearer or the physician.

Lead author Yan Fang and his PhD advisor Steven Levitan — both in the computer and electrical engineering department at Pitt — took inspiration from the field of “oscillator-based computing” to construct the pattern recognition aspect of the model material.

Unlike traditional computers that use mathematical operations such as addition or subtraction, oscillator-based computers can only perform pattern recognition, Balazs said, but the patterns it recognizes can be more complex than basic math.

“Other materials that compute use electronics like batteries, wires [or] electronic components,” Balazs said. “Our combination of chemistry and piezoelectrics really is cutting edge.”

DuPont USA, a chemical and healthcare company, is also working toward this kind of innovation, solving the problem of making “electronically enabled” clothing that is not bulky or over-engineered, according to Michael Burrows, electronics and communications global segment leader of wearables.

FlexEnable, as is the case with many other wearable technologies, typically needs a battery, and requires periodic charging, according to Cain. In other projects, Rogers has addressed the battery problem by converting mechanical energy in the body into electrical charge. For example, Rogers harnessed the mechanical energy of the heart to power the stimulating electrodes in a pacemaker.

“In the context of wearables, batteries are always a problem,” Rogers said. “So, if you can develop an autonomous system that doesn’t require that kind of external power supply … I think that’s a very exciting vision for the future.”

Balazs and her co-authors’ model doesn’t require a battery either because their system uses chemical reactions as a power source.

Right now, the chemicals required for the reactions are expensive, but Fang expects that with time, the system will become more affordable, similar to the way that computers have downsized in both size and price tag over the last 50 years.