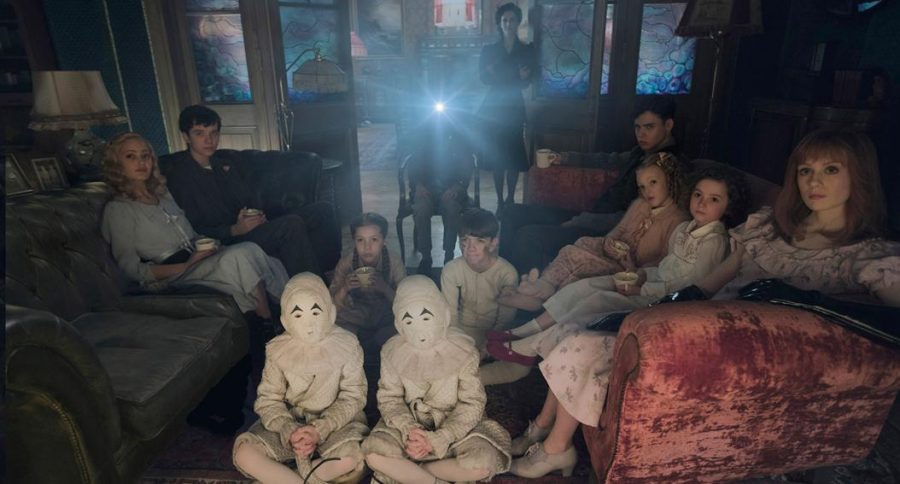 The stylized, easily digestible eeriness of the films associated with Burton’s name, as well as his insistence on putting his recognizable stamp on previously existing material, are all present in “Miss Peregrine’s.” While this adaptation is far more agreeable than recent misfires, including “Alice in Wonderland” and “Dark Shadows,” the film is still middling compared to the dark pleasures of “Sweeney Todd” and the uncharacteristic delights of “Big Fish.”

Based on Ransom Riggs’ best-selling debut novel of the same name, “Miss Peregrine’s” has all the trappings of typical young adult fantasy. It’s hard to tell though whether Jane Goldman’s adapted screenplay makes better or worse of the derivative nature of “Miss Peregrine’s” premise and plot. As a distillation of several supernatural elements from Harry Potter and X-Men, nearly everything in the film feels familiar.

Asa Butterfield — who’s outgrown his child-star reputation earned from lead roles in “Hugo” and “Ender’s Game” — plays misfit 16-year-old Jake. His grandfather, Abe (Terence Stamp), shared tales during his childhood of a safe place for children with extraordinary abilities. Until Abe’s mysterious death in the present day, Jake had grown up believing his grandfather’s stories — despite a dismissive father (Chris O’Dowd) and the old man’s final words urging him to locate Miss Peregrine’s home in Wales.

Upon finding the building long destroyed, Jake searches the abandoned remnants, only to find the characters from his bedtime stories who lead him through a “loop” — a physical passage in time that leads to the titular home, still intact in the past. Sherlock Holmes-esque, falcon shape-shifter Miss Peregrine, performed by the captivating Eva Green, perpetually resets the day just before a German bombing so that she can care for her peculiars indefinitely, without them ever aging.

Many of the youngsters’ strange abilities are the same you’ve seen in superhero films: super strength, invisibility, control of fire and plants. The stranger ones are often given the most screen time — token romantic interest Emma (Ella Purnell), who will float away unless harnessed in some way and has a mighty breath, and Enoch (Finlay MacMillan), who can briefly animate the dead. But some, such as the boy who can project his dreams through his eyeballs, or the little girl with a set of chompers on the back of her head, are given next to no time at all.

The resulting effect is that none of the characters feel very special. Plus, keeping up with the hackneyed fantasy rules and long-winded plot, involving conflicts with unimaginative antagonists known as Hollows — essentially evil peculiars — becomes something of a chore during the overkill two-hour-plus runtime. The Hollows, led by Mr. Barron — Samuel L. Jackson somehow playing the formidable villain and wacky comic relief — need to eat the eyeballs of other peculiars in order to reverse their monstrous natural form caused by an experiment gone wrong.

Collaborating for a third time with four-time Oscar-nominated cinematographer Bruno Delbonnel — “Harry Potter and the Half-Blood Prince,” “Inside Llewyn Davis” — Burton’s visual panache is in peak form with this film. The extensive use of computer-generated effects melds easily with the WWII-era, steampunk-laden period setting. The consequent gothic fantasy ambiance is reminiscent of “Lemony Snicket’s A Series of Unfortunate Events,” but sadly “Miss Peregrine’s” story is made defective by a lack of clever world-building, keen humor or a sense of reasonable danger.

Amidst the chaotic landscape of underdeveloped side characters and phony expository dialogue, Butterfield and Green nonetheless make compelling leads. The former is convincing in his troubled teen portrayal and the latter is a pleasure to watch in any scene. Even with top bill, Green feels underused.

There is mystery, intrigue and something of a sense of discovery in the early majority of “Miss Peregrine’s,” but the film’s final act is one unremitting mishap. Breaks in logic and placeholder effects-driven action render the momentary wonder free of stakes, and the film devolves into silly chaos.

It is hard to say whether the film will find an audience as the light PG-13 rating may steer away kids, for whom the movie should probably be marketed. Though there are monsters and fantasy violence, there is an inherent absurdity to the film’s vision that makes me suspect that the tweens it was made for might be rolling their eyes.

In its epilogue, the movie rushes past a thought-provoking, time-travel-related sequence in a matter of seconds that would have made for a more interesting feature film — or possibly even a good sequel. But I doubt we’ll see another installment of Burton’s peculiarly inadequate young adult adaptation any time soon.