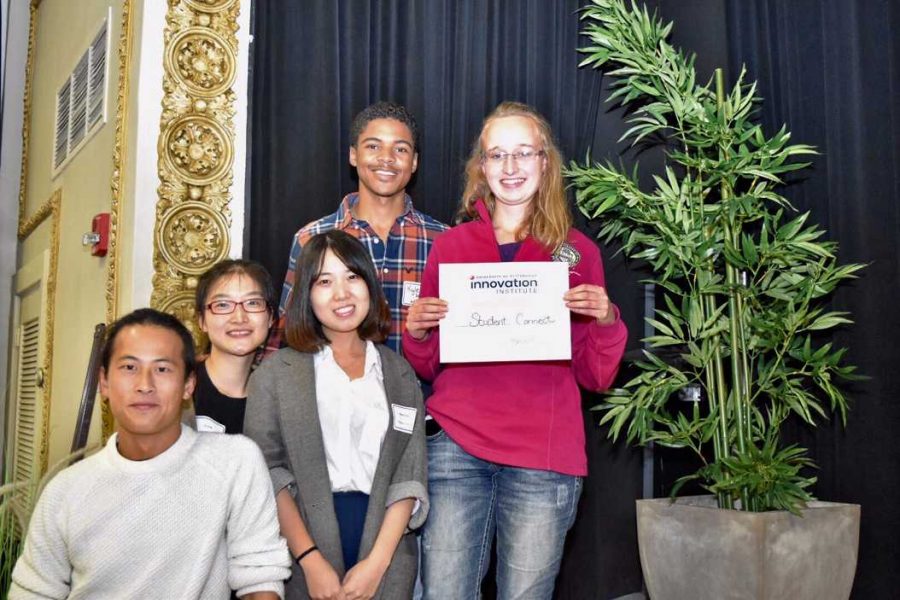 To decrease the prevalence of violent crime on campus, including sexual assaults, one Pitt student has come up with a simple solution: a tech-savvy wristband.

Johnson won the confidence of the Blitz’s judges with her idea for a wristband that could automatically contact the police or another person if the wearer is in danger.

The wristband would consist of two buttons, one that automatically calls 911 and another that alerts other wristband-wearers of the endangered user’s location. Users could set the device to alert specific users –– such as friends or family –– of their location and could also sync the wristband with a phone to record audio evidence of an attack.

At this fall’s Startup Blitz, 16 entries varied across academic fields, with ideas ranging from Johnson’s wristband to a sleep apnea pillow to an all-in-one sink and hand dryer.

Susan Dorff, manager for student programs at the Innovation Institute, said Startup Blitz was more about the learning process than capital investment.

“We thought we’d offer not just help, but a little bit of an education on how to do what [students] are already kind of interested in and make it interesting for other people to want to invest in,” Dorff said.

Between 50 and 100 students participated in the event. Some came with ideas already in mind, while others came to join teams and to refine existing ideas using their own academic expertise.

Throughout the event, participants pitched short presentations, received advice from industry insiders, refined their pitches and concluded with longer presentations.

Dorff said pitching is less a matter of charm than it is communicating an idea.

“A pitch isn’t just about how affable you are or how charming you are but it’s about getting your idea across,” Dorff said.

Participants voted on the 11 best entries and a panel of judges selected the three finalists, who won a total of $1,750 in cash prizes.

As the first place winner, Johnson was automatically entered in the next incubator, Blast Furnace, an eight-week program to help further refine entrepreneurial ideas. Startup Blitz has taken place twice a year for the past two years ––  prior to Blast Furnace in the fall and prior to Randall Family Big Idea Competition, the Innovation Institute’s flagship competition for entrepreneurs, in the spring.

Johnson, an electrical engineering major, said she had the idea that grew into Student Connect in the back of her mind for several weeks before Startup Blitz. Along with team members Jie Song, Hanwei Cheng, Chen Su and Kyle Wyche, she said she plans on taking the research further in the near future.

“Right now the plan is to grow the idea in the Blast Furnace and to do market research, to figure out what people would use and what things would actually make people safer,” Johnson said.

After the initial pitches, six speakers offered advice to participants about market integration and keeping customer needs in mind to focus not only on good ideas, but on ideas that are marketable and viable.

Jennifer Ireland, one of the speakers as well as project manager at the Innovation Institute, stressed the importance of consumer needs and market fit for the product.

“A lot of these inventions are good ideas and a lot of them may have a fit in the market, but understanding the right fit is different than just taking something out there and hoping people will like it the way it is,” Ireland said.

Johnson said the input from the professionals who circulated during the event helped refine her team’s idea specifically to college campuses –– in the name of simplicity and safety.

“It helped focus the idea since we were able to say that students have a big community and universities have a vested interest in [safety],” Johnson said. “Rather than focusing on the huge population at large, we’re focusing on [colleges] and hoping that has a bigger impact.”

The final 11 groups presented a four-minute presentation to a panel of judges, which included Innovation Institute Director, Marc Malandro. The judges considered how developed the idea was, how well the team incorporated feedback and how informed the team was about their product.

Ireland said the students’ process of brainstorming and presenting their ideas was good practice, but students also have to “get out of the building” to successfully implement their visions. Her best advice, she said, was for each entrepreneur to recognize they don’t have all the answers.

“You have to go out and talk face-to-face with potential customers and understand the problems you’re trying to solve,” Ireland said.