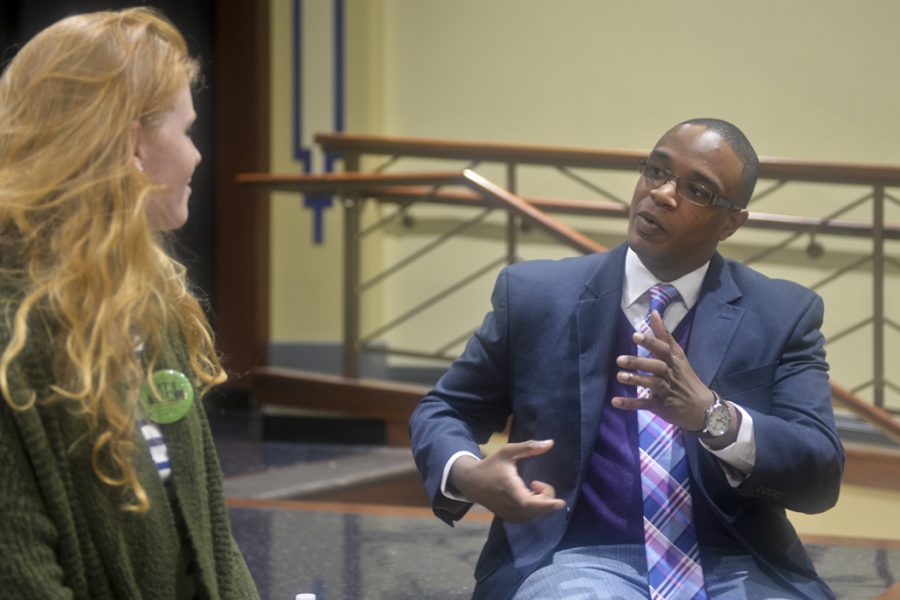 By Maria Hurtado / For The Pitt News

Jordan Burnham’s struggle with depression began when he was just a seventh grader.

At first, Burnham was able to suppress his feelings, and shadowed them with what he called “healthy coping mechanisms” like playing basketball and golf. He was well-liked in school. He was the class clown. By all accounts, he was a young man without any troubles.

But as he got older, his depression worsened. He began to suppress his negative thoughts more forcefully and put on what he called his “mask.”

“I was hiding the fact that I was feeling depressed and that I felt like I didn’t belong and was just walking around with a fake smile on my face,” Burnham said.

Burnham told his story as a guest speaker during this year’s Mental Health Awareness Week Wednesday night. To scattered rows of students in the Assembly Room of the William Pitt Union, Burnham talked about living with depression and how it eventually led to him surviving a suicide attempt during his senior year of high school.

As he began his junior year of high school — under the pressure of juggling sports, social activities, school and living up to his family’s expectations for his future — Burnham began contemplating the idea of suicide. Later that same year, Burnham collected pills he intended to use to overdose. When his girlfriend at the time and his parents found out about his plan, they called the police and the authorities placed him in a mental institution.

Burnham spent the majority of his junior year in the mental institution. After he was released, his depression continued to worsen into the beginning of his senior year.

During his senior year, Burnham’s parents found a duffle bag full of alcohol in his car, and Burnham felt that all he did was disappoint his parents. After a second attempt — this time jumping out of a ninth story window — left him comatose for five days. When he woke up, Burnham said he was confused.

“I looked around and tried to put the pieces together,” Burnham said. “To this day I don’t recall falling out of my window.”

After struggling with his mental health for many years, Burnham now visits a therapist and psychiatrist on a regular basis, stays on top of his medication and attends Alcoholics Anonymous meetings.

Pitt held its first Mental Health Awareness Week in October 2015 as a way to draw attention to the University’s mental health resources and attempt to eliminate the stigma surrounding mental illness, according to the Student Government Board press release. In order to do so, SGB and the Pitt Program Council created a week of lectures, programs and projects that promote a safe environment where students can have open conversations about mental health.

Jarrod Buonanno, a sophomore biology major, said Burnham’s discussion of mental health was more open than he’s used to. Buonanno was able to relate to Burnham’s story because he’s dealt with mental health issues — and talked about mental health with others — his whole life.

“It was more emotional than I expected,” Buonanno said. “I feel much more willing to reach out for help now.”

Oprah Perez, a sophomore finance major, was struck by the strength it took Burnham to be open and honest about his past.

“One of the most surprising things was how raw and in depth Jordan went in when telling his story,” Perez said. “It really helped me understand mental health issues better.”

Burnham himself says that his story is not unique or special in any way, but that he felt an obligation to share his story in order to make a difference and encourage people to seek out help.

“We can never choose the bad things that happen to us in our lives, but we can choose how we cope with them,” Burnham said.