A cappella groups to unite for annual Halloween show 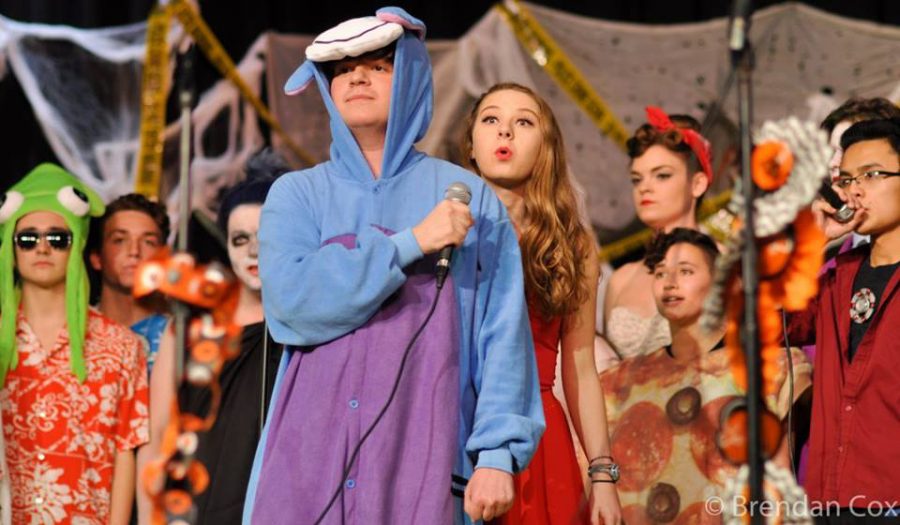 By Deanna Druskat / For The Pitt News

The members of Pitt’s a cappella group Pittch Please usually sport matching jet black suits for their performances, belting out renditions of Top 40 and throwback hits.

But for this year’s Halloween concert, which will feature all seven a cappella collectives on campus, Pittch Please will ditch the fancy clothes for Pokemon costumes and sing the show’s catchy theme.

“I’m gonna be Squirtle — I have a turtle backpack, so it was kind of a natural progression there,” said George Burnet, Pittch Please’s president.

This event is the only occasion of the year when all seven of Pitt’s a cappella groups, which normally have solo concerts or perform with one or two other ensembles, will sing on the same stage.

No tickets are required, but the performers will ask attendees to donate to Pittsburgh Public Schools arts and music programs, in addition to selling raffle tickets for gift cards to Fuel and Fuddle and a University Store gift basket. A GoFundMe created for the event has already surpassed its $1,000 goal in support of PPS.

“Every time there’s a budget cut, usually the music and the arts programs are the ones that get hurt,” said Gallagher. “We thought it would be a good way to help these programs that [made] our own personal high school experiences much better.”

During the 2011-2012 school year, PPS reduced private music lessons at Pittsburgh Creative and Performing Arts magnet school, but has added four rotating instrumental music instructors to all schools that have fourth through eighth grades for this school year.

As for the lineup itself, each of the groups will perform two songs, which Gallagher said lets the performers showcase their own styles and allows the audience to experience almost every genre on the spectrum, from country to classic ’80s rock.

Because it is hosting the event, Pitches and Tones will perform an additional song to open the concert. Although it has not finalized what the group will sing, Gallagher said all three songs in the proposed set will be different in terms of genre. At its last performance, Pitches and Tones opened with Earth, Wind and Fire’s “September,” and later moved into a slow, bluesy reimagining of Foreigner’s ballad “Cold as Ice.”

Much like Pitches and Tones, the all-male group Pittch Please will pair the Pokemon theme with a very different, more contemporary song — Zedd’s “Candyman,” an electronic track featuring the soulful vocals of Aloe Blacc.

“The majority of our songs are contemporary, we occasionally throw in a couple throwbacks,” said Burnet, a sophomore emergency medicine major. “Everything is very organic, we arrange all of our own music so we decide as a group what we want to do.”

Unlike the performers in Pittch Please, other groups’ singers will choose their own costumes randomly. Gallagher will dress up as Little Debbie, the girl on the wrappers of Little Debbie pastries, and will carry around a basket and hand out desserts. Audience members are also encouraged to show up in costume.

Although this Halloween event brings in more community members than any other a cappella concert on campus — in the past the audience has been about 400 to 500 people — some of the singers are used to performing in front of large crowds.

“I really enjoy seeing all of the groups perform on the same stage,” said Gallagher, “We all get to  support each other … it’s a very nice, cohesive environment.”