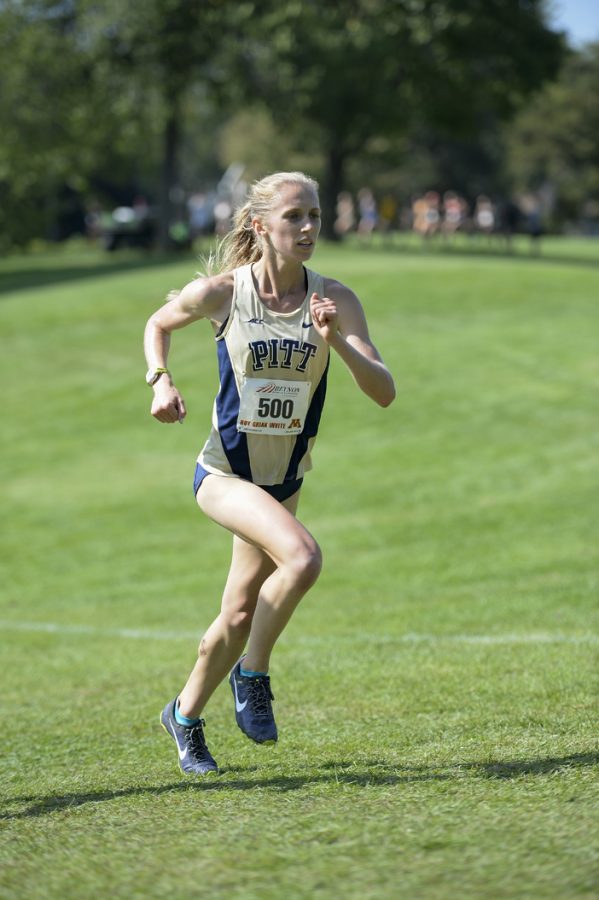 Gillian Schriever, a sophomore runner on the Pitt women’s cross country team, had a goal.

She stated last week that she would “place top 10, if not top five” at the ACC Championships this weekend. Looking at her 41st overall finish in the same race last year, it was an ambitious goal.

But then, on Friday, she finished in fifth place in the 6k –– and set a new school record.

Schriever placed first for Pitt during both the 2015 and 2016 ACC Championships, but finished this year’s race with a time of 20:04.7 — shaving off almost a minute and two seconds from her time in last year’s contest.

“I am happy with how I raced at ACC because I was able to follow Coach Bray’s strategy of going out fast and continuing to pass girls towards the end of the race,” Schriever said in an email on Sunday. “I look forward to fine-tuning things these next two weeks and placing fifth or higher at regionals.”

Both the Pitt men’s and women’s cross country teams earned their best finishes at the ACC Championships in program history at WakeMed Soccer Park in Cary, North Carolina, Friday morning.

Runners from all 15 ACC schools gathered on the track to compete in the men’s 8k and women’s 6k events.

Schriever’s standout performance in the women’s race led to her setting a personal record in the 6k and becoming the first Pitt runner to be named an All-ACC Cross Country honoree.

“Gillian’s individual performance was the best I’ve seen on our women’s team since All-American Maureen McCandless competed here in 2004,” Pitt head coach Alonzo Webb said in a press release. “In two weeks at the regional meet, I’m looking for both teams to continue their growth and have the highest finishes that we’ve had here.”

The Panthers saw another runner set a personal best when junior Melanie Vlasic crossed the finish line in 30th place with a time of 20:56.2. Pitt’s other scorers were junior Kelly Hayes in 52nd, redshirt junior Ariel Pastore-Sebring in 58th and senior Dee Dee Adams in 73rd.

Redshirt senior Michael Runco was the top Pitt runner on the men’s team, finishing the 8K race in 32nd place with a time of 24:10.7. He was closely followed by junior Aaron Lauer and first-year Nick Wolk, who finished 37th and 50th, respectively.

Rounding out the men’s top-five were junior Ryan Hughes in 68th place and sophomore Sebastian Curtin in 74th.

“I’m proud of how the men aggressively competed today,” Pitt men’s coach Bryan Jackson said in the release. “We are moving in the right direction, and I am excited for what the immediate and long-term future holds for Pitt men’s cross country.”

The teams both had very successful seasons, including two first-place finishes for the women at the CMU Invitational and the Tommy Evans Invitational, where the men also finished first.

With two races to go this year, both teams are looking to build off this performance at the NCAA Mid-Atlantic Regionals Friday, Nov. 11, before ending the season on Nov. 19, at the NCAA Cross Country Championship in Terre Haute, Indiana.

“This year’s conference meet was a battle for the middle places of the meet,” Pitt women’s assistant coach Adam Bray said. “In two weeks at the NCAA Mid-Atlantic Regional, we plan on continuing to improve.”