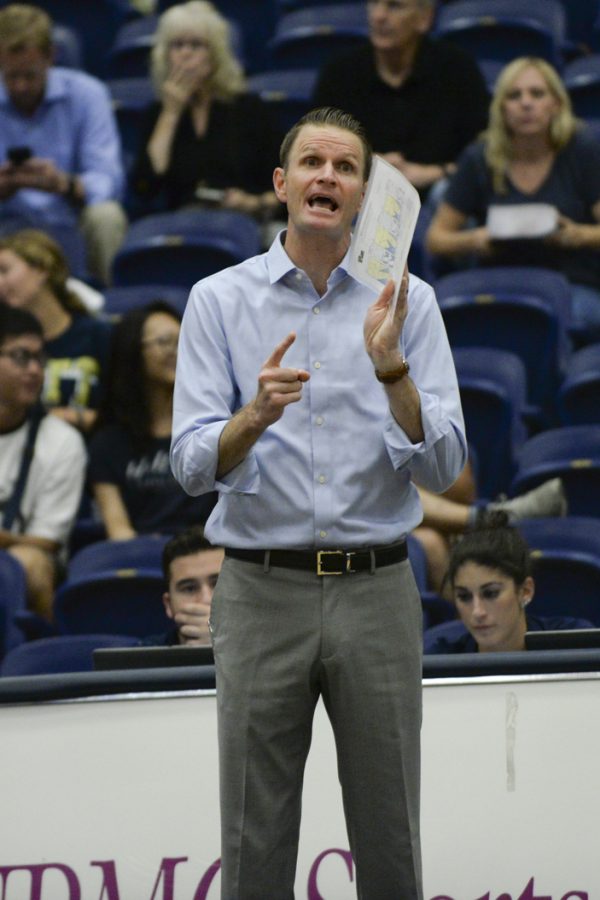 Pitt head volleyball coach Dan Fisher has had plenty of reasons to smile this year. On Thursday, he had a new one — and the Panthers don’t play again until Friday.

Already on a roll from five straight wins, the squad received a boost for the future early Thursday afternoon when Fisher revealed the team’s 2017 recruiting class. Fisher announced that Kayla Lund and Chinaza Ndee had signed their National Letters of Intent to join the Panthers for the 2017 season.

“It’s a great day for Pitt volleyball,” Fisher said in a press release. “These two young ladies are possibly the most decorated recruits we have gotten in my time here in Pittsburgh. They are both high-character kids who excel in volleyball and academics. We are thrilled to welcome them to the Pitt family and are excited about the future.”

Lund is a 6-foot outside hitter from Pasadena, California. She finished her high school career as a three-time Mission League MVP, four-time All-American and former All-Area Player of the Year.

“Kayla is a six-rotation outside hitter with a big arm,” Fisher said in the release. “She is a skilled player who can beat you with all aspects of her game. She fits in well with our system of play, and we expect her to have an immediate impact on the court.”

Lund, a senior at Flintridge Sacred Heart Academy, explained the reason for her choice in the press release.

“I chose Pitt because I loved the team, the coaching staff, the city and the strength of their volleyball program,” Lund said in the release. “I immediately felt welcomed and knew I would be challenged at Pitt, both academically and athletically.”

Ndee, a 6-foot-1 outside hitter from Jersey Village, Texas, will also help bolster the Panthers’ offense for the future. She was a team captain at Kinkaid High School her senior year and made the 2016 AVCA Under Armour Girls’ High School All-America team as an honorable mention.

“Chinaza is a powerful front-row player, versatile enough to play all three positions,” Fisher said in the release. “She is a fierce competitor that we expect to score points for us right away.”

Like Lund, Ndee didn’t pinpoint one specific reason for her decision to join the Panthers, instead citing a combination of academics, athletics and aesthetics.

“I chose to commit to the Panthers because of Pitt’s strong academic reputation, competitive volleyball team and attractive urban campus,” Ndee said in the release. “It has an great blend of all three.”