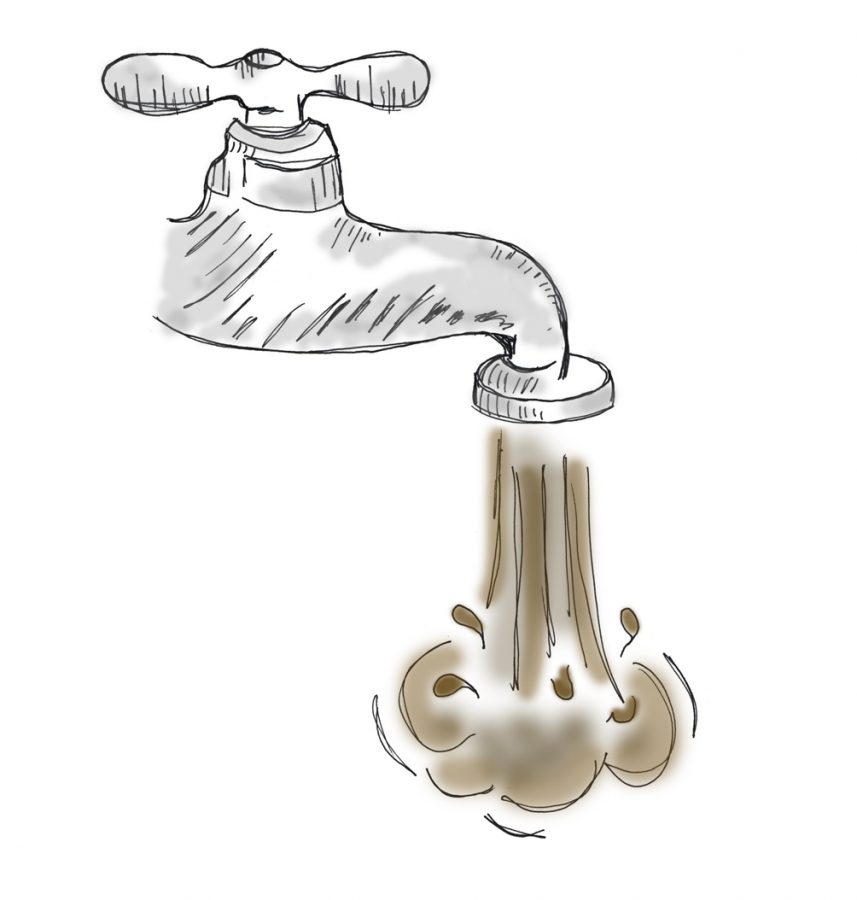 When two-year-old resident of Flint, Michigan, Sofia Waid had her blood tested, the results showed her blood had 14 micrograms of lead per deciliter, according to her father’s February statement to the Detroit Free Press.

Currently, the Center for Disease Control and Prevention holds the “blood lead level of concern” at five mcg/dL. The child has since suffered skin rashes, digestive issues, infections, excessive crying, anxiety, irritability and insomnia — and she is only one of 144 children who have suffered detrimental consequences of the Flint water crisis.

In June, Michigan Attorney General Bill Schuette filed a civil lawsuit against Veolia, a global utility service, and a Texas firm, LAN, for professional negligence and fraud that permitted the continuous and worsening incidents of lead poisoning in Flint.

“Many things went tragically wrong … and both criminal conduct and civil conduct caused harm to the families of Flint,” Schuette said at a news conference earlier this year. “Veolia and LAN were hired to do a job and failed miserably … They didn’t stop the water in Flint from being poisoned. They made it worse.”

Veolia is a private company that primarily provides service and utility in water and waste management, public transport and energy services. It operates in 68 countries and is the world leader in water management. In North America, alone, Veolia is responsible for handling systems in 530 cities — including Pittsburgh.

Following its lawsuit in Michigan, company affiliates called the claims, “unwarranted allegations of wrongdoing.” But Veolia’s veracity must be contended, not only within the context of Flint, Michigan, but also with regard to the steadily declining conditions of Pittsburgh water systems.

Veolia is the archetypal example of privatization of a public commodity gone horribly wrong. The company has only ever managed to yield its guaranteed savings by sacrificing quality, human well-being and environmental health.

Veolia was hired in 2012 to help manage daily operations over Pittsburgh water systems. Though the city had clean water, with a water system dating back to 1905, its infrastructure was severely outdated. At the time, Pittsburgh Water and Sewer Authority was facing backlash for a number of administrative issues — including high service fees, slow response time and poor customer service — and was about $150 million in debt, according to an article from the Pittsburgh Tribune Review.

Veolia was hired as an interim executive team that would facilitate more effective and efficient management of Pittsburgh water systems. The contract with the city guaranteed the company nearly half of every dollar the utility was able to save.

About 81,000 homes in Pittsburgh received a letter in early August that read, “[PWSA] has found elevated levels of lead in tap water samples in some homes.” The letter went on to detail that — at a lead level of 22 parts per billion being reported at the 90th percentile in June compliance samples — their water did not meet the standards set forth by the Safe Drinking Water Act under which the Environmental Protection Agency enforces an action level of 15 ppb.

Marc Edwards — the Virginia Tech professor instrumental in exposing the water crisis in Flint — gave an interview to WPXI in August in which he said “the levels of lead in Pittsburgh are actually comparable to those that were being recorded in Flint.”

The samples taken this summer represent the first and only time on record that Pittsburgh water has exceeded federal standards.

After PWSA brought in Veolia, the company seemed to be heading in a positive direction — cutting down wait times and reducing complaints — but the positives end there.

After guaranteeing there would be no layoffs in a 2013 interview with the Pittsburgh Post-Gazette, Jim Good — Veolia executive and interim director in Pittsburgh — assisted in massive staff cuts in the company. By the end of 2015, 23 individuals had been laid off — including the safety and water quality managers, as well as the heads of finance and engineering — and the PWSA laboratory staff was cut by nearly 50 percent.

Stanley States — the former PWSA water quality director of 36 years who was transferred to an office job in the research department — told WIRED that he believes the staff cuts were highly conducive to degradations in water quality. He argues that without a fully staffed lab the lead levels could never be addressed properly.

For decades, the city relied on soda ash to prevent Pittsburgh’s lead pipes from corroding and the chemicals from leaching into the water. In 2014, PWSA transitioned to caustic soda — a cheaper corrosion treatment — instead. The process would typically require extensive examination and approval from the Pennsylvania Department of Environmental Protection, but it was never informed of the switch. In fact, Mayor Bill Peduto issued a statement in April that the utility’s board itself and the city were never informed of the transition either.

The DEP promptly subpoenaed Veolia for breaking state law and ordered immediate testing. Currently, the city is conducting an internal investigation into whether the change in chemical treatment may have augmented the elevations in lead water content.

But the concerns go even further. In 2013, the water board approved a 20 percent rate increase over four years, making water services unreasonably high.

Bills started to come in weeks late with late-fees attached. They came inconsistently and far exceeded the prices they should have been. In 2015, a group of homeowners filed a class suit against PWSA, Veolia and the accounting company responsible for bill management. They argued that the water meter readers installed in 2013 were producing disproportionately high fees, some with inflations as high as 600 percent. They stated that all parties involved were aware that the bills were erroneous, yet continued to send notices and shut down water supplies. All three companies failed to respond to the charges.

In the wake of this class suit, the state citation for switching corrosion management chemicals and ever-increasing debt, Pittsburgh discontinued its contract with the company last December. In October, the utility announced that it was suing Veolia for gross mismanagement.

In response, Veolia released its “Statement regarding PWSA’s Demand for Arbitration” in which it said that the company “did not and would not prioritize cost savings ahead of effective corrosion control methods or water quality.”

But, it’s impossible to accept this statement when the company’s blatant misconduct and disregard for public good have clearly and persistently established Veolia as little more than a profit-driven corporation.

Flint and Pittsburgh are not the only two cities to find fault in Veolia’s services over the past year. Two months prior to the lawsuit in Flint, officials in Plymouth, Massachusetts, sued Veolia for enabling 10 million gallons of untreated sewage to spill in and around Plymouth’s harbor last winter.

In both cases Veolia refused to take responsibility, dismissing the leak in Plymouth as a pipe failure which, it argued, didn’t fall under its authority.

The company has no incentive to provide any more than short-term solutions to insignificant issues, all the while ignoring points of more substantial concern such as the health and safety of its consumers. The fact of the matter remains that, under the city’s contract, Veolia’s profits directly correlated to PWSA’s savings.

Since 2012, the utility has managed to save two million dollars — half of which has gone directly into the pockets of Veolia, with PWSA paying the company another 11 million dollars in service fees.

Even if Veolia weren’t so glaringly incompetent, outsourcing public services to private corporations will always be a more expensive and less efficient substitute to stable public management over government responsibilities.

Jaime Viens primarily writes about social and environmental issues for The Pitt News. Write to her at [email protected]