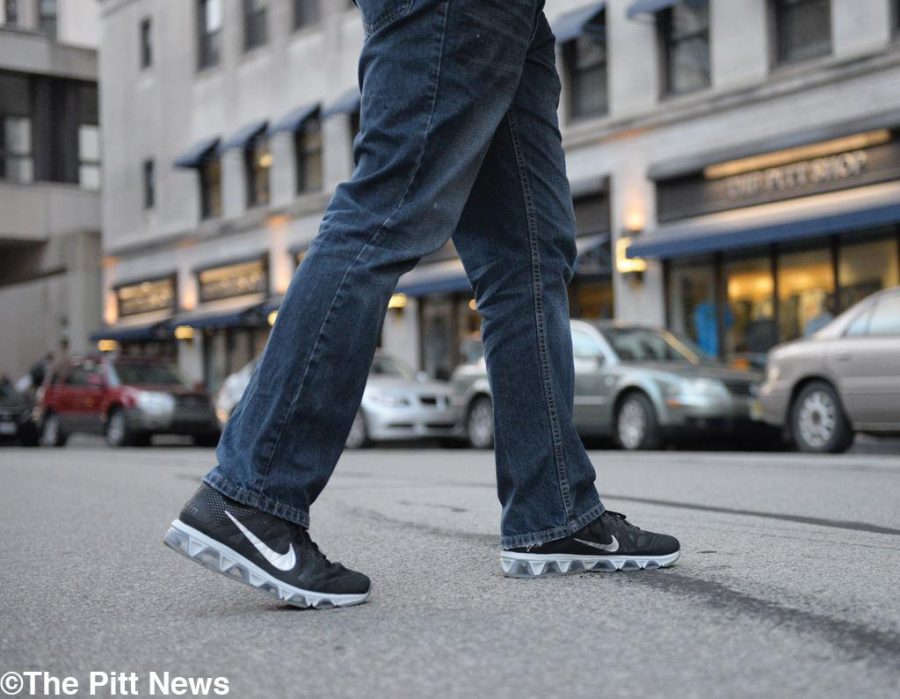 Editor’s Note: This is a satirical story.

Shawna Rhodes was crossing Forbes Avenue between Litchfield Towers and David Lawrence Hall when a car traveling 30 mph in a 25 mph zone whooshed by her and clipped her backpack at approximately 8:35 p.m. on Tuesday.

“It was so scary,” Rhodes said. “After it happened, I realized someone needed to do something about these drivers.”

That “someone” is Rhodes herself — she founded the STOUT “street outreach” organization two days after her life-changing ordeal.

Together with STOUT vice president Jenna Otto, Rhodes completed the paperwork to form the organization, and it green-lighted with 250 inaugural members. Otto expects the number of active members to grow.

“If you ever mean mugged the 10a driver plowing down that street, this is the group for you,” Rhodes said.

The group’s mission is to “remove all unnecessary vehicular traffic along Forbes [Avenue] in Oakland.”

“Pitt is a college campus … it’s silly to think that other people get preference over the students,” Rhodes said. “STOUT’s goal is to bring pedestrians awareness about the dangers of distracted drivers and to dismantle the automobile hegemony.”

Some of STOUT’s inductees already protested the unfair superiority of the motor vehicle. Members picketed Sunday afternoon with handmade cardboard signs, with slogans like, “Cars Are From Mars,” “Don’t Hit Me/ I’ll Sue,” “Our Way Or The Highway” and “Pedestrians Always Have The Right Of Way!”

Protesters repeatedly chanted, “Distracted driving is a crime/ Hit one of us, and you’ll do the time.”

Otto cites reliable eyeball-estimation that suggests approximately 200 students cross Forbes between Towers and David Lawrence Hall each day, and this alone creates 200 opportunities for an accident. She said that STOUT’s action is all about prevention.

“Do you know how many accidents there have been? Well, none that we know of, but it’s bound to happen eventually. STOUT’s goal is to prevent that from ever occurring,” Otto said.

STOUT protesters later joined hands and formed a circle. They laid down on the street, forming a barrier of solidarity, despite a serious influx of horn-honking resisters trying to commute to work.

“Drivers just don’t understand sometimes,” Rhodes said. “I was running late to class once, but I had to wait nearly five full minutes before the traffic slowed enough for me to cross. Ludicrous.”

Even in its limited duration, STOUT drew up blueprints to reorganize the street structure on Oakland’s Forbes Avenue between the Towers and David Lawrence Hall. STOUT has submitted drafts to PennDOT for approval. If accepted, the University and PennDOT would team up to tear down David Lawrence Hall in order to build a new road for motor vehicle traffic.

Pitt spokesman John Fedele said last April that that the University had made arrangements to reconstruct David Lawrence Hall.

“It is my belief that making Forbes Avenue between the Towers patio and David Lawrence Hall a more hospitable environment to pedestrians will encourage timeliness,” Fedele said.

Policy adjustments to street-crossing protocol, he said, could attract more students to Pitt.

“Students running late to class won’t have to worry about breaking laws or getting held up and fined by law enforcement,” Fedele said. “Without this stress, we expect attendance rates to spike.”