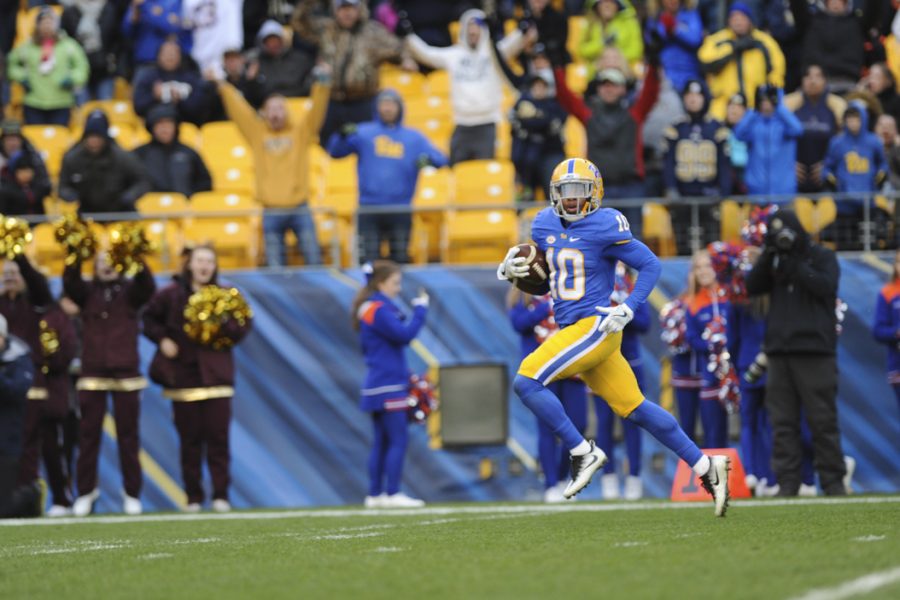 Conner ran for 1,060 yards and 16 touchdowns while starting all 12 games after a successful recovery from a torn MCL and Hodgkin’s lymphoma over the offseason. Price tallied 12 sacks — his second straight season with double-digit sacks — and Henderson leads the NCAA with three kick return touchdowns and four combined scores on kick and punt returns.

Price was a repeat selection from the 2015 team, while Conner made the first team in 2014. Johnson was a second-team All-ACC selection last season.

Senior offensive tackle Adam Bisnowaty earned second-team All-ACC honors for the second straight season, and sophomore safety Jordan Whitehead placed on the second team as well after making the third team as a true freshman in 2015. Whitehead recorded 65 total tackles in nine games along with a 59-yard interception return for a touchdown vs. Virginia before suffering an arm injury vs. Clemson and missing the last two contests.

Sophomore offensive tackle Brian O’Neill made the third team after a successful season as both a blocker and a ball carrier. Along with ranking as one of the most efficient pass blockers in the nation, O’Neill scored a pair of rushing touchdowns on the first two touches of his college career.

Jarrett missed the last three games due to injury but was a force in the middle of Pitt’s defensive line in the team’s first nine games, racking up 31 total tackles and a sack.

Blewitt became Pitt’s all-time leader in made field goals this season with 54 for his career, and he went 9-of-15 on field goals for the season and 63-of-66 on extra points. His 48-yard field goal with six seconds left gave Pitt a 43-42 upset win at No. 2 Clemson, and his 31-yard field goal as time expired secured Pitt’s 37-34 Homecoming win against Georgia Tech.