Pitt volleyball falls to Penn State, 3-1, in second round of NCAA Tournament 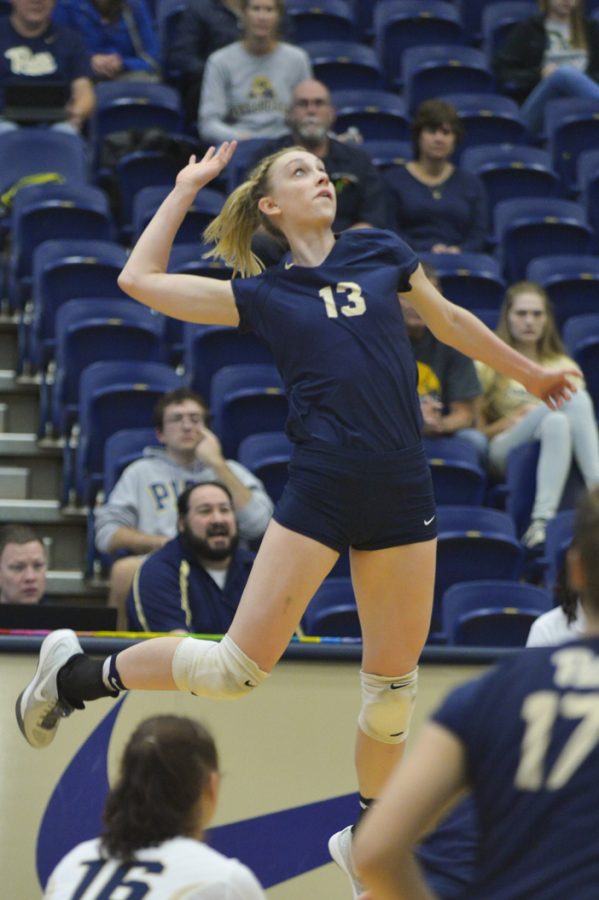 History repeated itself on Saturday, as the Pitt volleyball team’s season came to a close with a 3-1 loss against the No. 13 Penn State Nittany Lions in the second round of the NCAA Tournament.

Pitt won the first set on Penn State’s home court in University Park, Pennsylvania, before the Nittany Lions stormed back to take the next three sets and win the match, 3-1. The outcome was identical to the Panthers’ most recent appearance in the second round of the tournament back in 2003, also against Penn State in University Park.

“I think ultimately the biggest difference was probably serving and passing,” Pitt head coach Dan Fisher said at his post-match press conference. “We didn’t serve quite tough enough, and our passing was really good in streaks, but not as good as theirs.”

It appeared an upset could be in the making early, as the Panthers jumped out to an early 9-3 lead in the first set. Penn State showed resilience by battling back within three points at 16-13, but Pitt pushed its advantage to five at 20-15 and held on to capture the set, 25-20. True freshman Nika Markovic led the Panthers with seven kills.

In the second set, the Nittany Lions showed why they are a top-15 team by regrouping and dominating Pitt from the start in a 25-16 win.

Penn State carried its momentum over into the pivotal third set, nearly doubling the Panthers’ point total in a 25-13 set win. 6-foot-1 outside hitter Simone Lee and 6-foot-3 middle blocker Haleigh Washington took over the match for the Nittany Lions by controlling the net with overpowering blocks and kills.

Facing elimination, Pitt put up more of a fight in the fourth set than the previous two after Penn State again took a commanding lead early on. The Panthers fell behind, 12-5, for the second straight set, but slowly started chipping away. The Nittany Lions took a timeout with the score at 20-16, then won five out of the last seven points to clinch the set, 25-18, and the match, 3-1.

Markovic and redshirt freshman Stephanie Williams led the Panthers in kills with 14 apiece. Lee and Washington, meanwhile, finished with 14 kills each to lead Penn State.

Pitt’s season ends with a record of 25-9, as the Panthers won their first NCAA Tournament game since 2003 in their first appearance in the tournament since 2004.