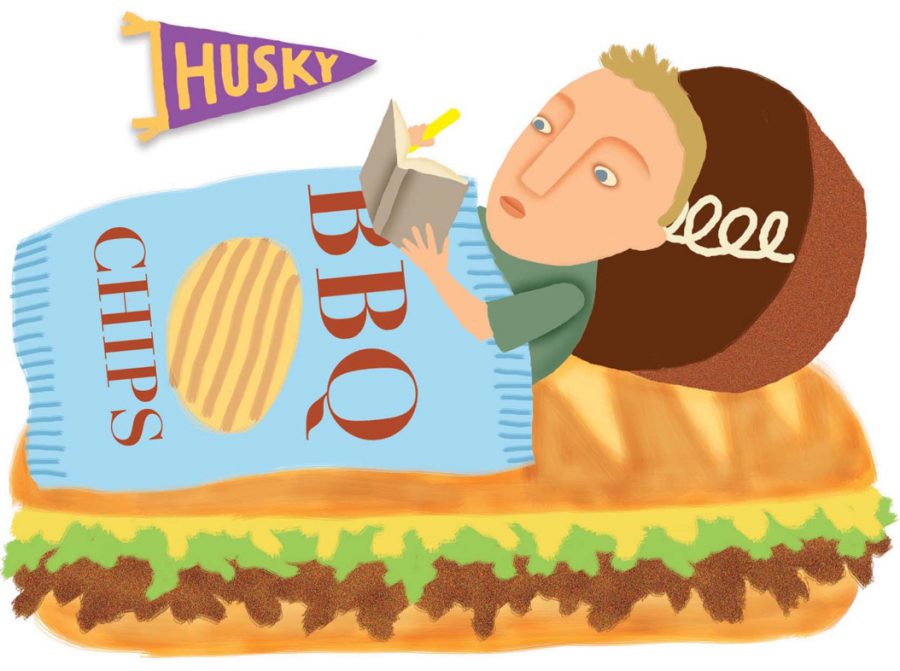 The type of food people eat before bed and timing of meals can affect sleep cycles. | TNS

Two of the most important things to college students — alcohol and food — could be impacting a third desire of theirs — sleep — more than most students realize.

Students who aren’t careful about what they put in their body before they go to sleep are likely to end up less rested than they expect. To get a full night’s sleep, researchers suggest students eat regular meals and stock up on certain nutrients, like melatonin, while avoiding too many alcoholic drinks before bed.

Frequently skipping meals and replacing them with starchy and sugary snacks, like pretzels or candy picked up on the way to the library, increases blood sugar levels rapidly. As blood sugar levels go back down, our body begins to crave these same foods.

This cycle results in adrenal exhaustion — meaning the adrenal gland does not function properly — which makes staying awake that much harder.

“It’s best to snack 90 minutes to two-and-a-half hours before bed,” Weisensale said. “But avoid spicy or acidic foods that can cause heart burn, leading to discomfort that can disrupt sleep.”

To get a good night’s rest, such as the recommended seven to eight hours, Weisensale encourages natural sources of melatonin — a naturally produced hormone that regulates sleep and awake cycles — like tart cherry juice. Almonds and walnuts work too, as they contain tryptophan, an amino acid that regulates serotonin and melatonin production.

“If someone is up late at night, they’re eating more calories than they need because they have more opportunities to lose control of their diet,” she said.

However, the day after an all-nighter is just as important for optimal nutrition and brain performance.

“Make sure to eat breakfast and to eat every three to four hours,” Weisensale said. “Pack healthy snacks so you don’t feel like you have to order a pizza.”

Alcohol’s effect on sleep is a two-part story, according to Dr. Brant Hasler, assistant professor of psychiatry and psychology at Pitt, sleep specialist and circadian rhythm researcher.

For adults, in the first half of the night, moderate to high alcohol intake — around a .08 or .1 blood alcohol content — shortens the amount of time it takes individuals to fall asleep. It decreases the amount of REM sleep — rapid eye movement sleep or the “dreaming” sleep —  a person receives while increasing slow-wave sleep, or the deep, “restorative sleep.”

The second half of the night, however, reveals the problematic aspects of alcohol. Adults tend to experience sleep disruption and wake more often.

As a person drinks more regularly, Hasler said, alcohol begins to lose its initial benefit of helping him or her fall asleep, showing a pattern of “diminishing returns.”

“One of the insidious aspects of [the perceived benefit of alcohol on sleep] is people will think of alcohol as a sleep aid because of those sort of initial benefits,” Hasler said. “But when we look at it overall, even in the context of a single night, any benefits are questionable.”

Alcohol affects college-aged individuals and their sleep in a slightly different way than it affects adults.

Hasler said the reasoning for the difference in alcohol’s effect on adults and college-aged individuals is not yet clear.

Although there is not much research on college-aged individuals, the work that has been done shows that people around 18 to 24 years old are less subject to the “sedating effects of alcohol.” This means they don’t fall asleep faster from drinking alcohol as with adults. Instead, adolescents seem to be more subject to alcohol’s stimulating effects.

In addition to a person’s age, the time of day that an individual drinks alcohol also affects sleep.

In adolescents, alcohol is especially stimulating in the evening. Hasler said researchers are still trying to figure out why this is the case but said that there are many things that affect our “biological clock” in different ways, including light, alcohol and other substances, such as heart medications.

Hasler said drinking in more moderate amounts and drinking earlier in the day seem to point to better sleep in the evening.

“I don’t want this to be that I’m promoting day drinking as the take-home point,” Hasler said, “but most likely, drinking earlier rather than later is going to mean less impact on their sleep.”

To optimize nutrition, as with studying, consistency is key.

“There’s no magic to it. Like all things, it’s balance,” Weisensale said.