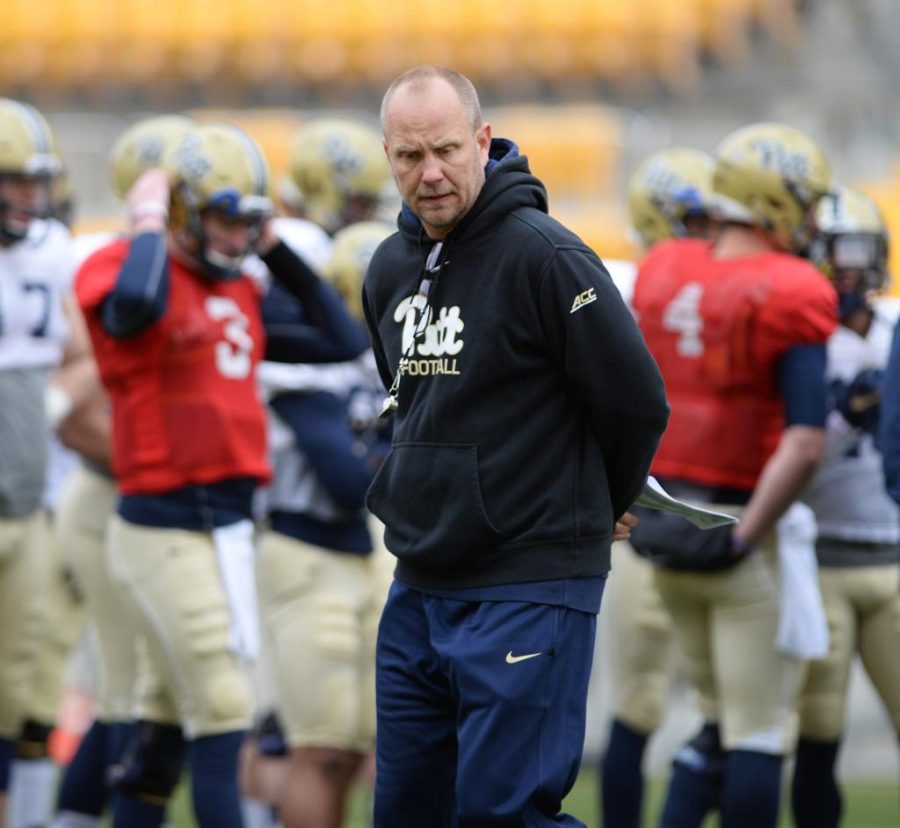 Pitt offensive coordinator and quarterbacks coach Matt Canada is leaving the team after one season to take the same job at LSU.

It is the second year in a row the Panthers’ offensive coordinator will be departing after his first season to accept the same position at another school. Last year, Jim Chaney left before the team’s Military Bowl loss to Navy to become Georgia’s new offensive coordinator.

According to Pitt’s official website, Canada will remain with the team until after the Panthers’ bowl matchup against the Northwestern Wildcats.

“On behalf of our entire program, I want to thank Matt for his many important contributions, on and off the field, this past year,” Narduzzi said in a press release. “It was important that Matt remain with our team through the bowl game and he had no hesitation about that. He wants to send this team, and our seniors, out the right way.

Canada arrived from North Carolina State and helped guide Pitt’s offense to a program-record 508 points, becoming a Broyles Award finalist as one of the top five assistant coaches in the nation. He was the only offensive coordinator out of the five finalists for the award, which Clemson defensive coordinator Brent Venables took home.

Narduzzi said the Panthers’ “search for a new offensive coordinator will fully begin after the bowl.”

“Our primary focus is on a successful completion to the 2016 season,” Narduzzi said in the release. “When you hire great people and you have great success, your staff will always be in demand. I’m confident we will find another outstanding person and professional to continue our momentum.”

Pitt will conclude its 2016 season vs. Northwestern in the New Era Pinstripe Bowl in Bronx, New York, at 2 p.m. Wednesday, Dec. 28.