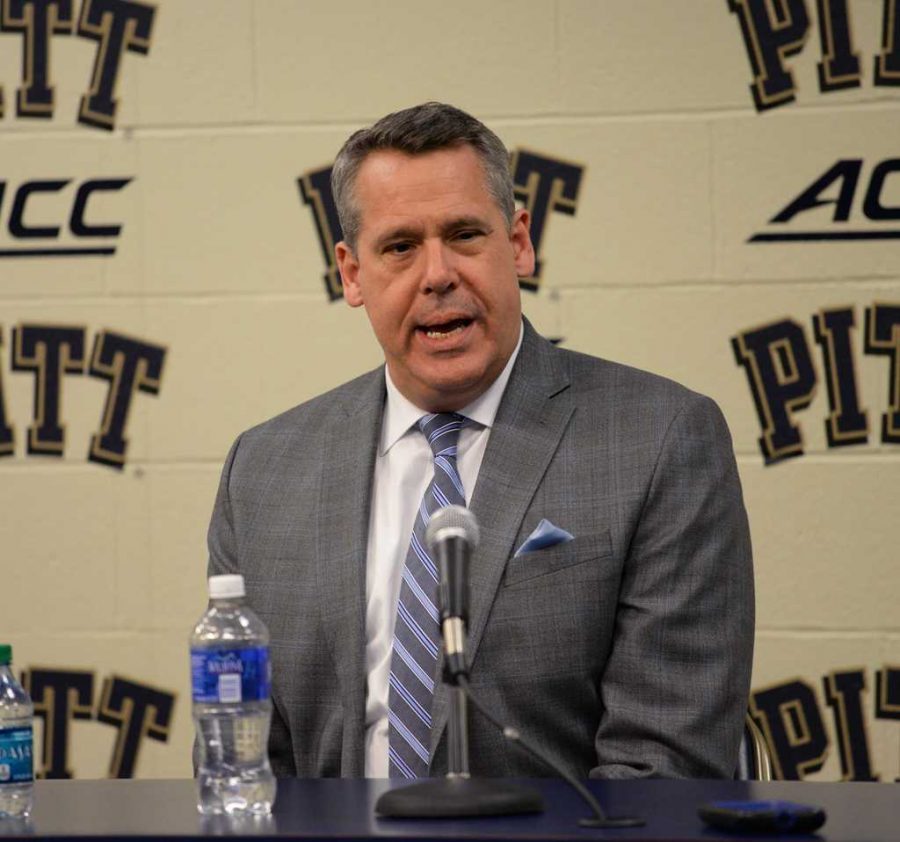 Pitt Athletic Director Scott Barnes announced Thursday that he will leave Pitt in the new year for the AD position at Oregon State.

After denying an initial report that he was leaving for Oregon State, Barnes cited “personal family considerations” as motivation for the move in a press release Thursday night. He said he would work with Chancellor Patrick Gallagher to find his replacement.

Barnes has spent less than two years at Pitt after being hired April 24, 2015.

“Upon accepting the athletic director position at the University of Pittsburgh more than 18 months ago, I mentioned how honored and humbled my family was to join the ‘Pitt Family,” Barnes said in a press release. “During our time here, we’ve learned, more and more, how fitting that description really is … that’s why leaving the university to accept the athletic director position at Oregon State was such a difficult decision. Ultimately, we felt this was a choice we had to make based on some very important personal family considerations.”

Online publication Pittsburgh Sports Now first broke the news of Barnes’ departure in a Dec. 14 article, though he issued a statement that the report was false.

“I am aware of a report stating that I have accepted a position at Oregon State. That report is not true,” Barnes said via a press release.

Still, a Pitt spokesperson gave no comment whether Barnes was considering a move, and multiple outlets reported that a move was still imminent.

The Pittsburgh Post-Gazette reported later that night Barnes would likely still be stepping down in the near future. One week later on Dec. 21, the Oregonian’s John Canzano tweeted that Oregon State had offered Barnes the job and the two sides were in negotiations.

Oregon State has offered its AD position to Pitt AD Scott Barnes, per source. The two sides are in negotiations.

In his time at Pitt, Barnes implemented strategic changes to the University’s athletic programs and facilities.

Barnes instilled a six-goal strategic plan aimed at furthering Pitt’s athletic programs and improving performance on the field and in the classroom. He also spearheaded a massive rebranding effort of the Pitt “block” logo back to the classic Pitt script. The school unveiled new streamlined Pitt script uniforms for all 19 varsity athletic teams in a flashy runway-style show in May.

The school’s athletic facilities have also received several multi-million dollar upgrades in the past year. From converting all visible logos to the Pitt script, along with additional renovations to the Petersen Events Center, Trees Hall and the UPMC Rooney Sports Complex.

“Scott Barnes is an outstanding athletic director and has been wholeheartedly committed to the success of our student-athletes during his time at Pitt,” Gallagher said in the press release. “I am very sorry to see him leave, but I know that Scott is doing what’s best for him and his family, and I wish them well as he takes on his new role at Oregon State.”

“My focus now turns to the next chapter in Pitt athletics,” Gallagher said in the release. “We are launching a national search to identify the next great leader of our athletics program.”