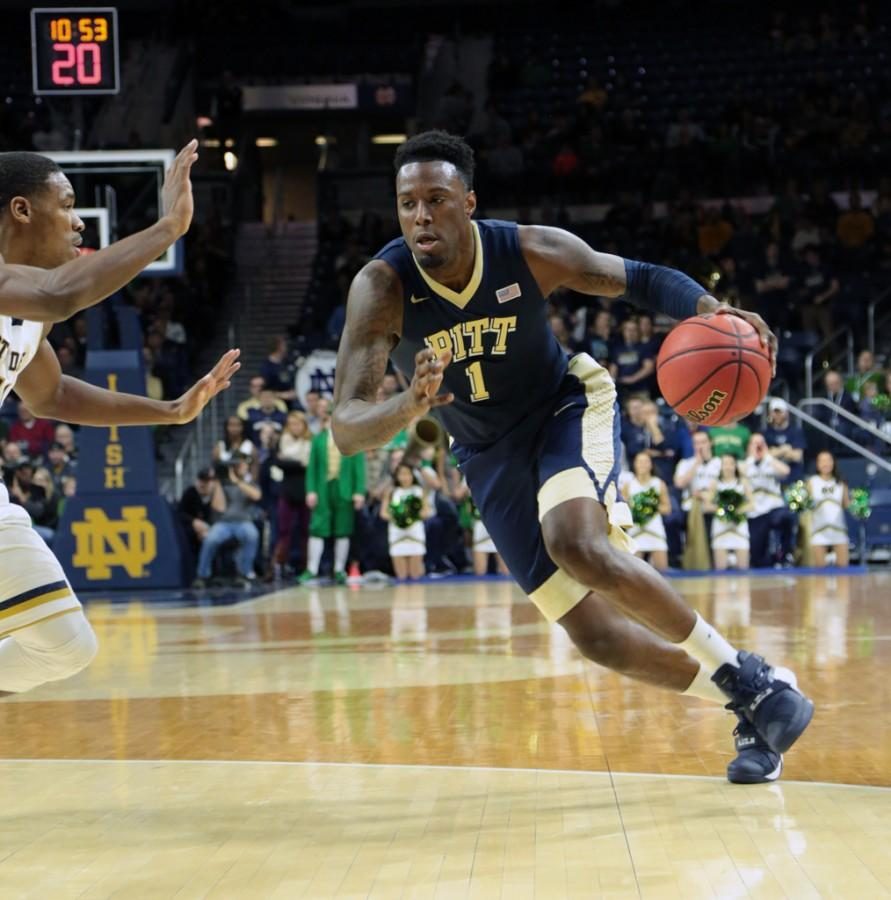 Saturday’s game had the makings of a special start to conference play under the new regime for the Pitt men’s basketball team. Instead, it turned into a heart-wrenching ending for the Panthers at the Petersen Events Center on New Year’s Eve.

The Panthers led throughout most of the first half, then had to claw back from an eight-point deficit with under eight minutes to play to force overtime. Pitt then took a five-point lead early in overtime, but the Irish quickly erased it before winning on Vasturia’s dagger.

“It’s a tough way to lose for us,” Young said. “We thought we had the game in our hands and we just kind of let it go.”

Artis and Young made three straight three-point baskets to open the game, while the Irish only made one of their first five attempts. After the first four minutes, the Panthers had grabbed an early 9-5 lead.

Coming out of the timeout, the Irish cut the deficit to six, but the Panthers struck back with a pair of free throws from senior guard Chris Jones and a 3-point play by Johnson. The Irish responded though, going on a 10-0 run in just over two minutes.

All of a sudden, Notre Dame had tied the game at 29 with four minutes left in the first half.

With the score tied at 34 and 1.2 seconds left in the half, Pitt had one chance to take the lead the break. Jones lobbed an inbounds pass to senior forward Sheldon Jeter, who caught it and released it in midair to beat the buzzer and give the Panthers a 36-34 halftime lead.

Young led all scorers at the break with 13 points while also tacking on four rebounds and three assists. Irish guard Matt Farrell was the was the only other player in double figures, scoring 11 in a relatively even first 20 minutes.

The Panthers again started strong in the second half, but this time the Irish kept pace. The teams traded baskets in the opening minutes, with Pitt maintaining a 44-40 lead with 15 minutes to go.

The Irish tied the game at 49 with 11 minutes left in the game on a three-pointer by TJ Gibbs — younger brother of former Panther guard Ashton Gibbs, who played at Pitt from 2008-2012.

After a timeout by head coach Kevin Stallings, the Panthers responded in a big way. Pitt outscored Notre Dame 10-2 in a run that included 3-point baskets by both Young and Artis. With 3:30 to go, the score was knotted again at 62.

The Panthers extended their lead on the next two possessions, taking a 67-62 lead on a 3-pointer by Artis with 2:42 to go. But the Irish kept it close, scoring four consecutive points to cut Pitt’s lead to one.

With 25 seconds to go, the Irish hit a pair of free-throws to tie the game at 68. The Panthers couldn’t convert on their final possession of regulation, as Young misfired on a 3-point shot, and the game was headed for overtime.

Pitt jumped out to a 75-70 advantage at the halfway point of overtime after a layup by Jeter. But Notre Dame came right back with a 5-0 run, tying the game with 1:13 left in the extra period.

With under a minute left, the Irish had the ball trailing by two. Notre Dame moved the ball around and, after a wild scramble, a loose ball found its way to Vasturia. After a pump fake, the senior guard drained a 3-pointer to give the Irish the lead with 2.5 seconds left.

“When he got a clean look, I’d have been shocked if it didn’t go down, because he’s made so many big ones,” Brey said.

Notre Dame intercepted Luther’s desperation pass across the court, and Pitt fell by a score of 78-77.

“We’re very disappointed, it was a game we felt like we could’ve won,” Stallings said. “It was a very disappointing way to lose, but they’re obviously a good team.”

The road ahead won’t get any easier for the Panthers, who will host No. 12 Virginia on Wednesday, Jan. 4, at 9 p.m. The team then travels to Syracuse, New York, to take on the Orange at noon Saturday, Jan. 7.