Up to students to pressure states for free college tuition 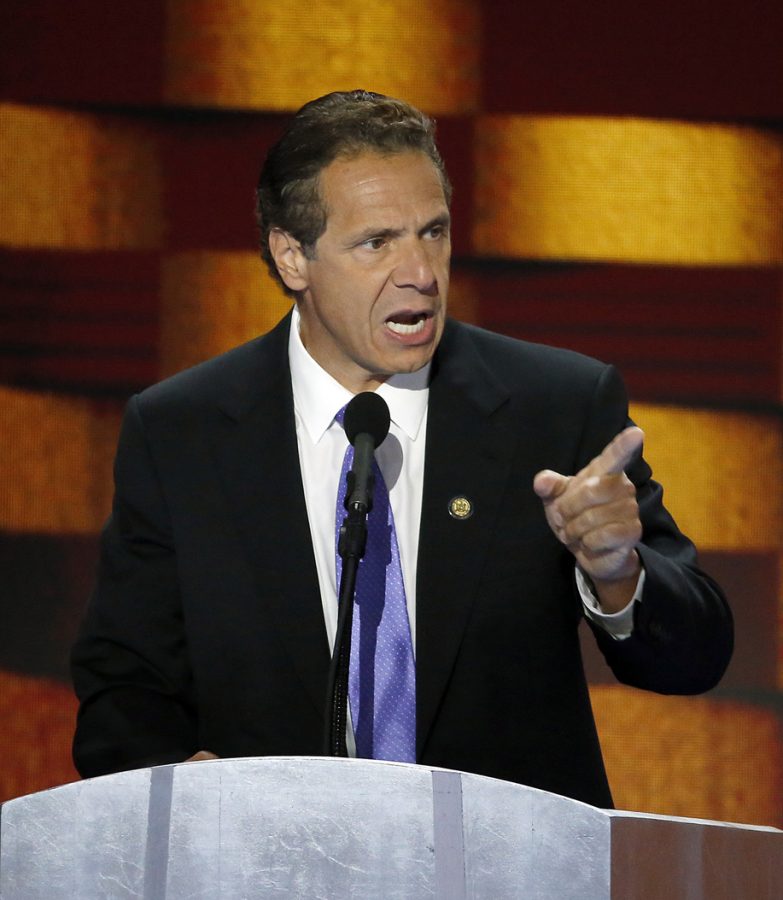 In the midst of ever-increasing tuition and student debt at universities, New York has offered a bold solution.

Gov. Andrew M. Cuomo, D-N.Y., announced his proposal on Jan. 3 to make state and city universities tuition-free for middle-class and low-income families making $125,000 or less a year. Under the program — the Excelsior Scholarship — in-state students who have been accepted into two- or four-year programs at the State University of New York and the City University of New York are qualified to attend tuition-free through state supplementation of an existing aid program called the Tuition Assistance Program and federal grants.

The program will allow eligible students to receive TAP grants and federal aid, and the remaining tuition costs will be paid by the Excelsior Scholarship, which would come from additional state funds. The administration estimated the cost of the program to be about $163 million by 2019 once it’s fully phased in, in addition to the $1 billion the state spends on TAP grants for students already. Once a student is accepted into a SUNY or CUNY program, the student may qualify for the scholarship based on need and income that could cover their entire education.

The initiative is the first tuition-free program in the nation to ensure that every student has the opportunity to obtain an education regardless of their income. Sen. Bernie Sanders, D-Vt., stood alongside Cuomo, praising the proposal as revolutionary — a sentiment reminiscent of his presidential campaign, when he vowed to make all public universities tuition-free.

The new policy is not only a major step to address the issue of rising college costs in a nation where student loan debt has surpassed $1.4 trillion, it is also an example of how state representatives can create their own progressive agendas during a Donald Trump-led administration that doesn’t offer much hope for progressive college debt reform.

In Pennsylvania, we may not have the state funds or resources to implement a similar program, but we do need to increase our funding for education immensely. Over the years, the steady decline in education funding has caused lower enrollment numbers, faculty strikes and skyrocketing tuition prices.

Pitt is one of the most expensive public universities in the nation with tuition rates falling between $17,688 to $22,270 depending on the school. According to College Portraits, a website that provides comparable information from over 260 colleges, 63 percent of Pitt main campus graduates from 2014 to 2015 took out loans at some point during their undergraduate studies, and the average amount borrowed was $38,045.

Since the 2008 economic recession, states have been cutting back on funding universities which has driven tuition costs up along with cuts to student services and programs — including Pennsylvania. According to the Center on Budget Policy Priorities, Pennsylvania’s per-student funding has decreased by more than 33.3 percent from 2008 to 2016.

As a result, low-income students are disproportionately affected by the funding cuts and tuition increases, with a vast number of low-income students opting out of college altogether. Pennsylvania is among the five states experiencing the largest decline in enrollment, having lost more than 18,000 students since fall of 2015, which dropped for the fifth consecutive year.

The significant decline in enrollment doesn’t just harm low-income students, it makes it harder for universities to run and provide quality education. With fewer students attending colleges, universities are making less money through tuition and fees. This can cause universities to reduce student services and programs, seek funds elsewhere or raise tuition prices.

As the Pennsylvanian budget for 2017-2018 is in its planning stages, the Republican-controlled legislature may look to cut education in order to make up for the state’s projected $608.3 million deficit. Pitt is already contemplating a state cut and what it means for students remains unclear.

Cuomo recognizes the financial burden millions of students are dealing with when coming up with the funds to go to college and get a degree, something that he understands that in order to compete in today’s economy, a college degree is the most important path to professional success. When college degree holders earn almost twice as much as high school graduates, a college degree is the key to economic mobility and a good-paying job.

During the campaign season, President-elect Trump seldom spoke about the issue of college costs and student debt. The only proposal he offers on his website is to “work with Congress on reforms to ensure universities are making a good faith effort to reduce the cost of college and student debt in exchange for the federal tax breaks and tax dollars.”

Given Trump’s lack of policy details and priority in reducing costs, the future of higher education is uncertain and it is unlikely the federal government will take the lead in addressing college costs — meaning it’s up to the states to step up and challenge the administration by increasing funding in education and working to make sure college is accessible and equitable to everyone.

When I first came to Pitt, I was amazed at all the opportunities it had to offer.  But if it weren’t for financial aid and scholarships, I would not be here. I was more than fortunate to be able to come here despite my family’s lower financial status — something I am thankful for every day.

But not everyone gets the same chance to go to a university as prestigious as Pitt. When socioeconomic status overshadows a student’s potential to attend college, we are selling millions of students short of their greatest achievements. When lawmakers make these cuts, students and professors are the ones who should be fighting back and demanding proper funding for our schools and universities.

This is an issue that young people in Pennsylvania need to push to the forefront, by writing to our representatives, telling personal stories about how student debt affects us, creating petitions, voting and raising awareness of the issue with a sense of urgency.

A college degree is a gateway to equal opportunity, success and economic justice. Nobody should be denied the opportunity to get a good education because they cannot afford it.

Trump may not do anything about our student loans, but we can.

Kirsten is a Senior Columnist for The Pitt News. She primarily writes on social justice issues and education.