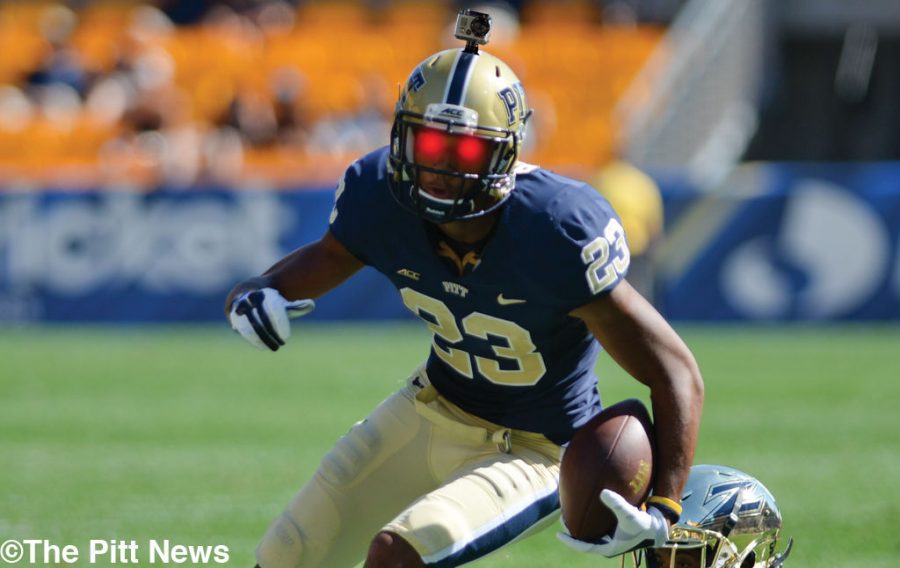 Editor’s note: This is a satirical story.

Boyd, who has asked the media to refer to him by his new nickname, “Ty-Borg,” had a plethora of new features installed inside a few key body parts. On March 24, alterations came to his eyes, legs and hands, drawing the attention of professional scouts around the country. The 6-foot-2, 190-pound product of Clairton, Pa., had doctors install new advanced rotational eyeballs in place of his old ones, modeled after the robots in the “Terminator” franchise.

The enhancements enable Ty-Borg to look in two different places at once, allowing him not only to find the ball with his right eye but to use the left eye simultaneously to find the open running room downfield, all while also sniffing out big hits from defenders before they even get close. Boyd’s new eyes are also equipped with high-powered infrared lasers that he can shoot off by simply saying the voice command “Bout Dat” at any given moment.

“I am becoming more than a football player,” he said. “I have more capabilities, more skills — unlimited power.”

The new and improved Ty-Borg also comes with bionic hands and arms to improve catching ability. Doctors installed high-powered magnets in the palms of his hands that are specially made to attract only the material of pigskin, making for some incredible one-handed catches. Teammates have reported that Ty-Borg has begun to eschew common English words in favor of sounds reminiscent of the Star Wars character R2-D2.

Pitt head coach Pat Narduzzi also placed Ty-Borg on the special teams hands team, as he reeled in an estimated 98 percent of opponent onside kicks. Ty-Borg’s new extendo-forearms give him an added eight inches of wingspan and the ability to reach around defenders’ bodies in order to reel in passes from quarterback Chad Voytik.

Finally, Ty-Borg has had stainless steel rods installed in both of his legs to improve his running, jumping and footwork capabilities. The sturdy rods have the ability to bend and expand, making Ty-Borg nearly impossible to be tackled by just one player, while also increasing his vertical jump capacity to 15 feet with the metal springs that connect the rods to the bottoms of his feet.

“I can see everything that is happening or will happen on the field,” Ty-Borg said. “But all that I care about is the football. Throw a football, and it will get caught.”

The rods have also given Ty-Borg superior punting and field goal-kicking strength, entering him into an unexpected battle for the starting place kicking position against incumbent Chris Blewitt. At a recent spring practice, Ty-Borg reportedly kicked a 70-yard field goal on his first attempt.

Blewitt was not present for the rest of the practice.

Because of all the steps Ty-Borg has taken toward becoming a full cyborg, his stock for the 2016 NFL draft is already on the rise.

“Teams can expect a guy that will always be on time and fully charged when he steps on to that football field,” Narduzzi said. “I only wish we had done something sooner.”

With all the new hype surrounding Ty-Borg, he hasn’t let the idea of his future fame get the best of him.

“I just want to catch footballs. Nothing else matters,” Ty-Borg said in an interview with ESPN’s Jon Gruden on Monday.

If all goes according to plan, Ty-Borg will be the Panthers’ first-ever No. 1 overall NFL draft pick.

He will presumably go to either the Raiders, Jaguars or Browns, who should all be coming off of poor seasons, based on recent trends. When asked if he thinks the NFL — or football in general — is ready for the first-ever cyborg wide receiver, Ty-Borg had a simple response.

“I will destroy them,” he said.