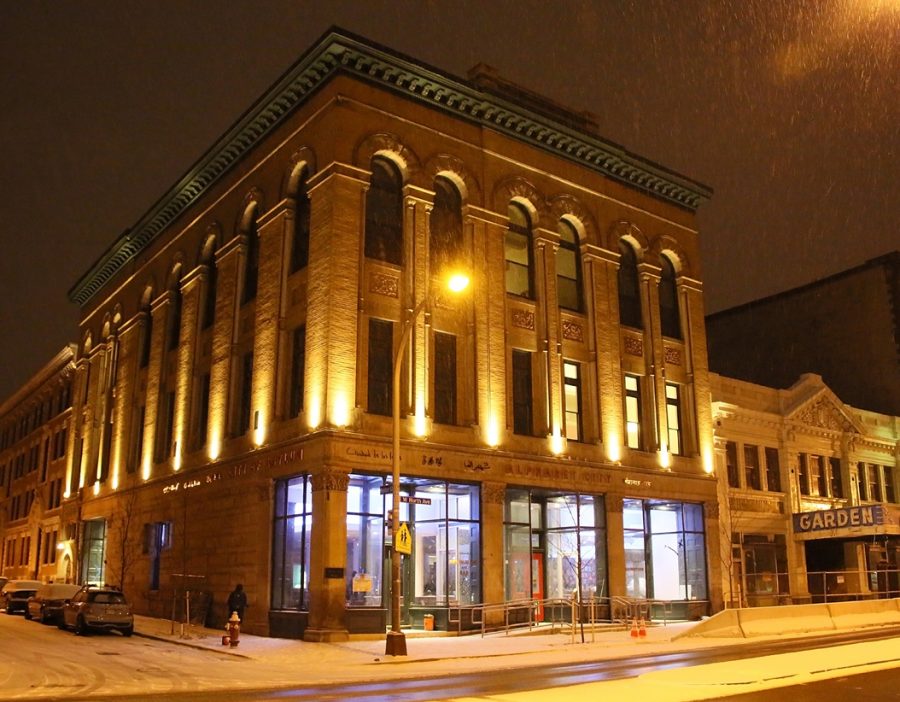 City of Asylum Books is a bookstore that specializes in translation and world literature. Courtesy of City of Asylum

North Side residents are getting a new neighbor. And that neighbor is serious about books.

North Side’s Alphabet City Center will celebrate the opening of City of Asylum Books 11 a.m. Saturday. The event, which will take place at 40 W. North Ave., will kickoff with a children’s story hour at 11:30 a.m. After discounts, giveaways, coffee and snacks, the event will end at 5 p.m.

The 1,200-square-foot bookstore specializes in translation and world literature. About 10,000 volumes — including new cookbooks, children’s books and cultural studies books — populate its shelves, with sections for translated, out-of-print books. The space also consists of a giving library, where patrons can get books for free.

“The idea is to bring new kinds of works to as many people as possible — but you might not be able to find the new James Patterson here,” manager Lesley Rains told Shelf Awareness, a site that publishes book-related newsletters. “The store will be a community space first and foremost.”

The bookstore will host weekly performances as well as cultural events, such as screenings of films that have been banned in other countries. Alphabet City, in which the store is housed, functions as a bar, restaurant and venue for readings, performances and workshops.

The bookstore and Alphabet City are both projects of City of Asylum, a nonprofit sanctuary for writers who have been exiled from their countries. It hosts literary programs in the vein of cross-cultural exchange, turning derelict North Side properties into artist residences.

“I believe strongly in the opportunity here to bring previously underread works from all parts of the world to our community,” Rains said. “[City of Asylum] wants to create a space and store that’s different from anything in Pittsburgh.”