Diversify Pitt’s Nationality Rooms to include all communities 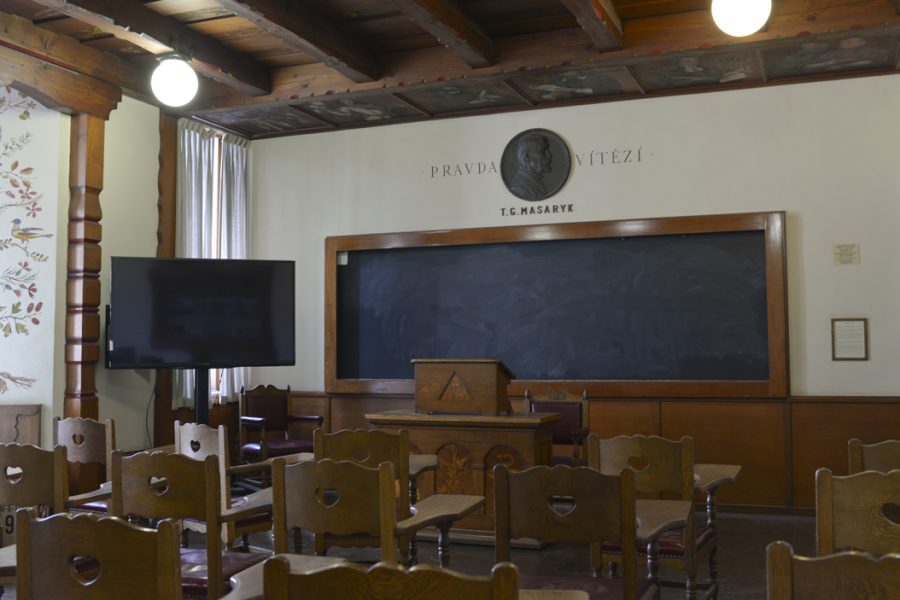 Many of the Best Of winners weren’t big surprises to me.

Peter’s Pub for the Place to Spend your 21st and James Conner as Best Athlete are pretty obvious. The category that threw me was the winner for Best Nationality Room.

The distinction went to our boot-shaped friend, Italy. Recognizing the Italian Room as the best room this year isn’t a contentious issue, but it does offer the opportunity to bring up a larger need for Pitt to diversify its rooms to represent all of Pittsburgh’s communities.

The idea for the Nationality Rooms arose out of a desire to create learning spaces for students that reflected the diverse and immigrant-rich nature of the Pittsburgh community after the First World War. Each of the rooms is designed, constructed and funded by committees that range from seven to 30 people. The committees often contain members of Pittsburgh’s ethnic communities or experts in certain countries or cultures who have interests in creating a nationality or heritage room to fit their backgrounds.

Which means that today, of the 30 Nationality Rooms built, only four of them are outside Europe or Asia, with one of these being the Early American Room. The remaining three — African Heritage, Israeli Heritage, and Syria-Lebanon — are left to cover the ethnic and national communities of the rest of the world.

The rooms are meant to represent Pittsburghers’ various communities, but its current offerings neglect much of the diversity of the ethnic and national identities found in Africa and the Arab world. They also offer nothing to Latin Americans in the city, despite the fact that the Hispanic community is one of the fastest growing populations in Pittsburgh, according to numbers from the Census Bureau and City Paper.

The Hispanic populations increased by 3,000 in Allegheny County and 1,000 in Pittsburgh since 2010 — a period of time when the county and city populations have been decreasing overall.

The Arab community is likewise a thriving and growing part of the Pittsburgh community. Many of the area’s early immigrants were from Syria and Lebanon, fitting to their room, but there are also many from Egypt, Palestine and Iraq, raising the argument for more Middle Eastern-focused rooms — or at least one not split between two distinct countries.

It’s clear that the interest and the people are here, and yet the rooms are not — but they should be. And it’s up to the University to seek such diversity as well as the communities and community leaders to step into the opportunities.

In a city that claims to be committed to immigrants and a City for All, empowering these communities and exposing our students and visitors to rooms that include all of Pittsburgh’s populations will fall right in line with city’s transformation from steel town to modern “ed and med” metropolis.

Abdesalam Soudi, a professor of linguistics at Pitt, is currently the ad hoc chair for a potential Moroccan Nationality Room. He took up the project after being inspired by the local Moroccan community and the lack of Nationality Room diversity for countries in Africa and the Middle East.

“Currently, there is an African room on the third floor of the Cathedral, but as Africa is a large continent with diverse people, we feel it is appropriate to have rooms representing some of these [other] groups,” said Soudi on his inspiration to lead the push for more Nationality Rooms. “We have begun to collect signatures of support from the Moroccan community of Pittsburgh for such a proposal.”

Our academics at Pitt highlight the ways in which we’re becoming increasingly committed to our local and global community. Many of the subdivisions in the University Center for International Studies — some of which include the Center for Latin American Studies (CLAS) and African Studies Program — illustrate the devoted interest of University students, faculty and administration in these areas of study.

CLAS hosts a Latin American and Caribbean Festival every spring that brings together the Pitt and local communities for a day of dance, food, crafts and culture. This year, they’ve even included a special note on their website saying the festival is expecting an increased number of attendees this April.

The Nationality Rooms also spawn their own scholarships for graduate and undergraduate students to study abroad. While there are some scholarships open to any area of the world, creating a more diverse pool of rooms can cultivate more opportunities and encourage students to venture to less-commonly chosen locations for their international experiences.

When students who study these areas see their interests emphasized by a Nationality Room, it serves to legitimize and further their passions in these crucial areas of the world. For Soudi, this emphasis means even more for immigrants and refugees who wish to make our city a new home.

“They really need a symbol like that in Pittsburgh to remind them of home and for the kids to know that their culture, decor, art and so on are represented in Pittsburgh.”

Perhaps in the interwar period when the first Nationality Rooms were being built, the plethora of immigrants from Europe — and particularly Italy — were understandably the main focus in the city. But today, Pittsburgh is diversifying swiftly, and the University’s one-of-a-kind relics to that diversity should commit to reflecting it.

Italy’s had its time to shine — let’s make room for something else.

Amber is the Opinions Editor at The Pitt News. She primarily writes on gender and politics.