Aisha Alexis, Rachel Petit-Hamme, Landrise Felix and Yaminah Watson are all friends from around New York State. They drove to the protest together and are waiting  in line at the D.C. Metro’s College Park station.

Alexis said, at around 3 a.m. this morning, they saw “cars full of women” which was “beautiful” and “empowering.”

Petit-Hamme said she’s here because, “I’m a 28-year-old single black female daughter of immigrants. and I’m drowning in student debt.” She is marching today to make her voice heard.

Watson was most perplexed by Trump’s campaign slogan, “Make America Great Again,” and wondered what he wanted to take America back to.

As for the inclusiveness of the March, all four agreed that any concerns of how intersectional the March could be were overblown.

“If everyone comes together, we’ll get the job done,” Felix said. 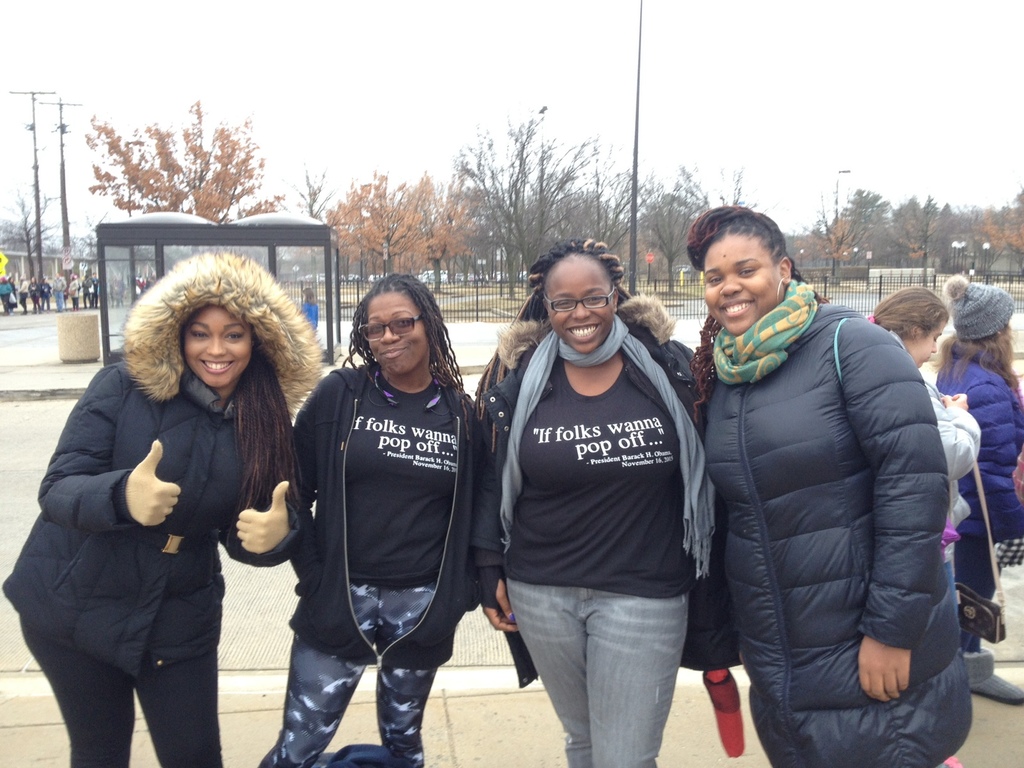