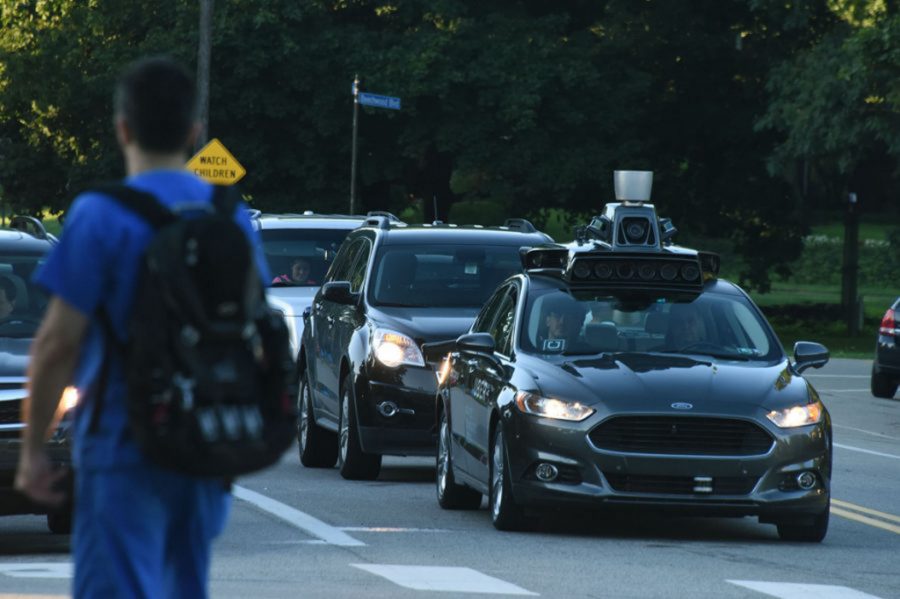 Expect to see even more autonomous vehicles driving around Pennsylvania in the coming months.

The federal Department of Transportation accepted PennDOT’s request to make Pennsylvania a National Proving Ground — testing site — for Autonomous Vehicle Technologies on January 19, one month after PennDOT submitted their application.

According to a press release, the DOT chose the 10 sites out of 60 applicants based on each site’s ability to manage various roadway states, safety conditions and types of vehicles.

Pittsburgh was already an epicenter for autonomous vehicle technology thanks to Uber’s arrival to the city in spring 2015, but Pittsburgh Mayor Bill Peduto wanted to make it official and teamed with Penn State to submit the proposal in December 2016. Penn State’s Thomas D. Larson Pennsylvania Transportation Institute has a closed test track in a rural area, while Pittsburgh has testing capabilities on streets in an urban environment, according to Peduto.

“We’re excited to be partnering with Penn State on this opportunity,” Peduto said in a press release. “Together, the city and the University [Penn State] bring a diverse set of testing environments and additional partners to the table.”

The city’s road to becoming a national autonomous vehicle testing site began in July 2016, after Pittsburgh lost the Smart City Challenge, a national program that offered more than $40 million to the city with the best plan for fully integrating innovative technologies into transportation. While Pittsburgh made it into the top six, Columbus, Ohio, beat the Steel City for the top spot because of its plan to develop applications for providing more efficient human services to residents and visitors.

With the state is still dedicated to investing in autonomous vehicle technologies, PennDOT submitted an application to the U.S. DOT Dec. 19. Peduto and PennDOT argued that Pittsburgh is an optimal location for testing because of its diverse mix of streets, bridges and tunnels. In addition to Pittsburgh, PennDOT mentioned using the test tracks at Penn State and the Pocono Raceway in the application for autonomous driving trials.

“We’re thrilled to be a partner with PennDOT on this application and continue our leadership as a laboratory for innovation that benefits all residents,” Peduto said in a press release at the beginning of the month.

As a testing site, the city and Penn State will test technological advances in autonomous vehicle research and share the best practices for testing and operating autonomous vehicles among other testing sites and private industry officials. Pennsylvania will not receive federal funding for testing, but mentioned utilizing previously earned grants — like the “Smart Spine” corridors grant the Federal Highway Administration gave to Pittsburgh in October 2016 — and allocating state funding for autonomous vehicle testing in the December application.

According to Gov. Tom Wolf, Pittsburgh’s long history with autonomous vehicle technology helps cement its place in the industry.

“The city of Pittsburgh already is one of the leading centers for this emerging technology, and the new federal designation will ensure continued success,” he said in a release.

While there’s still a person at the wheel to make sure everything is running smoothly, Uber started giving “driverless” rides to willing passengers in modified Ford Fusions in September 2015, a few months after the company’s arrival in the city.

According to Wolf, the testing site designation proves that the state is looking towards the future — for both its inhabitants and autonomous vehicle technology.

“This technology promises many benefits for our citizens and we will continue to work hard to ensure Pennsylvania remains a safe and welcoming place for highly automated vehicles to develop,” Wolf said.