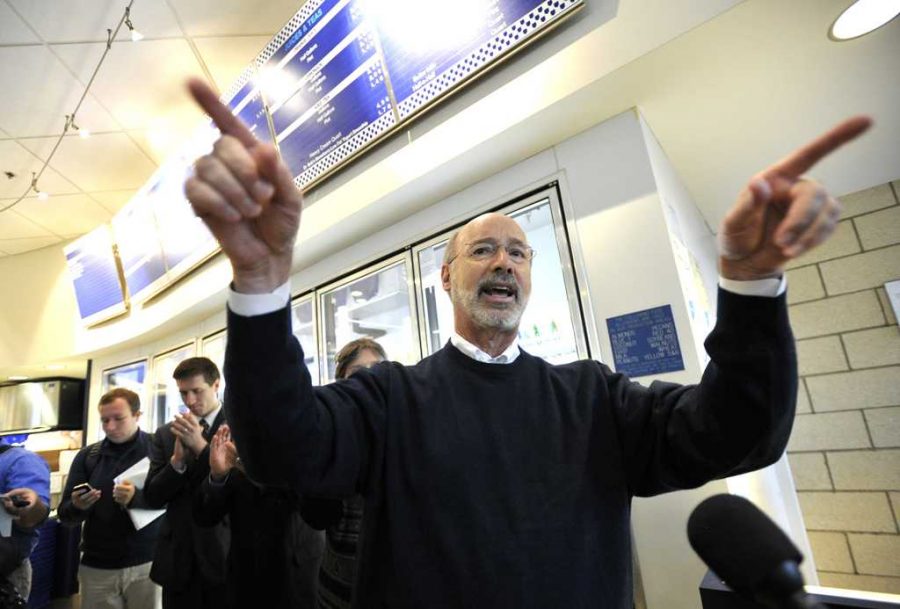 The State Correctional Institution in Pittsburgh will close by June 2017 as part of a larger plan to cut the current state budget deficit, Gov. Tom Wolf announced Thursday.

Pennsylvania’s Department of Corrections announced in early January that it would close two of 26 state prisons by the end of the month, but the Department reduced that number to one, given the volume of savings from the closure of SCI Pittsburgh — close to $80 million.

Wolf said that the “growing size and cost of our prisons system has gone unaddressed for too long.” The $80 million saved in the closure will go toward resolving Pennsylvania’s current $500 million budget deficit.

The deficit could grow to as large as $3 billion next year, according to J.J. Abbott, Wolf’s press secretary. This measure will free up funds to address the deficit as well as protect investments in other Pennsylvania programs, “including schools, colleges like Pitt, jobs and training programs and resources to fight the opioid crisis.”

The Wolf administration has not yet said how the state will reuse the prison site after its closure. Abbott said a key deciding factor in closing SCI Pittsburgh was the strength of Allegheny County’s economy.

“The robust business community in Pittsburgh combined with the site’s location — near transportation infrastructure and the industrial corridor — is optimal for reuse and revitalization of the site,” Abbott said.

Wolf and his administration will work with Sen. Wayne Fontana, Rep. Jake Wheatley and local leaders in Allegheny Country “to implement a plan to find a new use for the SCI Pittsburgh Location,” according to the press release.

The announcement of Wolf’s plans to close SCI in January sparked some public outcry. The prison offers specialty units, including a special needs unit, federal population therapeutic community and an oncology treatment center that some worried wouldn’t be available elsewhere.

But Abbott said those units, including a regional diagnostic and classification center, a mental health unit, multiple therapeutic communities and a veterans service unit, will all be relocated to other facilities.

The state will relocate inmates on a case-by-case basis, he said, based on their personal treatment and medical needs.

According to Abbott, many of those prisoners will move to SCI Camp Hill in Cumberland County, where the state will send a majority of the DOC’s 6,000 unused state prison beds.

Additionally, every employee will be offered other positions within the Pennsylvania Department of Corrections.

The state has extra prison beds because of a decrease in inmate population across the state, Abbott said. The number of Pennsylvania inmates dropped by 883 from Jan. 2015 to Jan. 2016, according to the Department of Corrections website. Wolf said the decline justifies the SCI Pittsburgh closure.

“[The] prison population is declining, and that is a good thing because it means criminal justice reforms are working,” Wolf said.

In addition to the Pittsburgh prison, Wolf previously discussed closing SCI Waymart in Wayne County — which would have saved an additional $82 million. The other three prisons —  in Schuylkill, Luzerne and Mercer Counties — would have saved close to $40 million each.

SCI Pittsburgh closed down in January 2005 due to high operating costs but reopened in January 2007 when the inmate population increased, according to the Department of Corrections website.

SCI Pittsburgh’s closure is one component of Wolf’s four-part plan to decrease Pennsylvania’s deficit. The governor is also planning to eliminate thousands of unfilled state jobs, consolidate information technology and human resources services and minimize new and renewed leases during the 2017-2018 fiscal year.