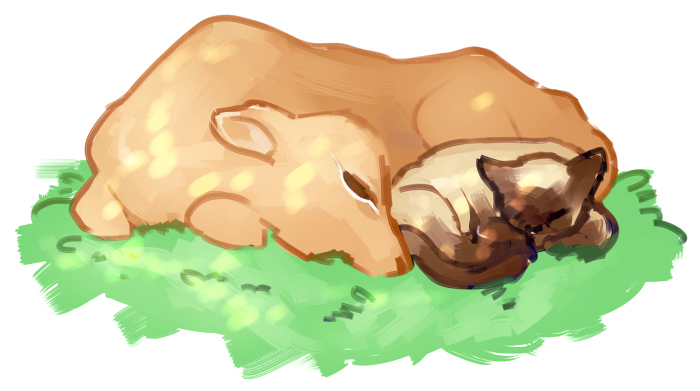 When most people wonder why anyone would give up eating meat, they turn first to a love for animals combined with an opposition to animal cruelty. And they’re right, these are common reasons. But there’s another reason that we can all benefit from eating a more plant-based diet: the large environmental impacts.

If the meat industry attempts to meet the demands of the world’s growing population, the environment will likely never recover from the toll. But there are things we can do as individuals, like limiting our intake of meat and other animal products, to prevent more irreversible damage to our planet.

After becoming more aware of the environmental benefits of eating less meat, I began cutting back my meat intake over the past few months. Because of this interest, I attended Pitt’s Vegan/Vegetarian Collective on Monday evening to learn more about how Pitt and Pittsburghers are becoming more vegan and vegetarian friendly.

“Once you learn about the negatives, it isn’t hard,” said Mary Bielich, a Pitt alumna and volunteer at the Collective, when I asked her why she chose to become vegan. “It was one of the best decisions I ever made.”

The monthly Collective, organized by Pitt Dining, aims “to give students who are vegan, vegetarian or simply prefer plant-based [food] an opportunity to express what they’d like to see on campus,” according to Cecilia Oliveros, a Sodexo Sustainability intern. The event focused on the many beneficial aspects of going vegan — from ending animal mistreatment to reducing one’s ecological imprint by switching to a plant-based diet.

The main way meat eating and environmental damage are connected is through agriculture and water usage. The way we grow and farm animals for consumption uses a large amount of our natural resources. Agriculture uses about 80 percent of the United States’ ground and surface water. This water is used to farm and, more specifically, to grow grain that feeds animals we eventually slaughter to eat.

The United Nations reported the practice of raising animals for food — from deforestation, irrigation, animal farming and all the processing necessary to deliver food from the farm to your table — is responsible for more greenhouse gases than all of the cars and trucks in the world combined.

Methane — the most abundant greenhouse gas caused by the animal industry and the most harmful contributor to global warming — is 23 times more harmful than carbon. Yet, it takes one-thirteenth of the time to cycle out of the atmosphere. Because of this, efforts to limit carbon emissions through fewer cars and more renewable energy sources will take more time to implement and see the effects.

According to the Environmental Protection Agency, one cow’s annual output of methane is equal to the emissions produced by a car burning 235 gallons of gasoline. By limiting your beef intake, you’re likewise reducing the demand for it, resulting in a reduction in greenhouse gases.

Research has shown that universal vegetarian- and veganism can reduce food related greenhouse gas emissions between 60 and 70 percent. Of course, this universal attainment probably isn’t plausible across the globe or even the country. But as an individual, the most impactful contribution you can make in reducing the effects of climate change is to change your diet. Eliminating meat intake to a few days a week can help to reduce meat industry-based emissions by at least one third in 2050.

You’ve probably heard endless facts about the importance of turning off lights, carpooling, using public transportation and turning the water off while brushing your teeth. Though these are all good ideas to limit energy usage and you should be doing them, they only make up a fraction of the difference in terms of resources used.

Eating less meat doesn’t mean you have to give up your favorite restaurants or only eat salads — many places offer vegetarian options or substitutes, ones that are usually cheaper while being just as filling. And if you cook for yourself, try out more plant-based protein foods like tofu, beans or chickpeas.

“Pittsburgh is a large city that has diversity and culture. There’s plenty of places where you can buy vegan food, especially if you are okay with cooking for yourself,” said Abbigail Hensel, a representative of Vegan Pittsburgh.

You don’t have to quit meat or other animal products altogether or all at once. But without some effort on our parts, the environment will not be able to recover from the damage we’ve already done. But if we all make choices to eat less meat and animal products, our changes can help prevent further damage to our atmosphere, nature and wildlife. With global warming and other health concerns on the rise, now is the perfect time for anyone who is considering becoming a vegan or vegetarian to do so.

We all love our meat. But when making small changes can create bigger benefits, we should at least give it a try.

Write to Elise at [email protected].