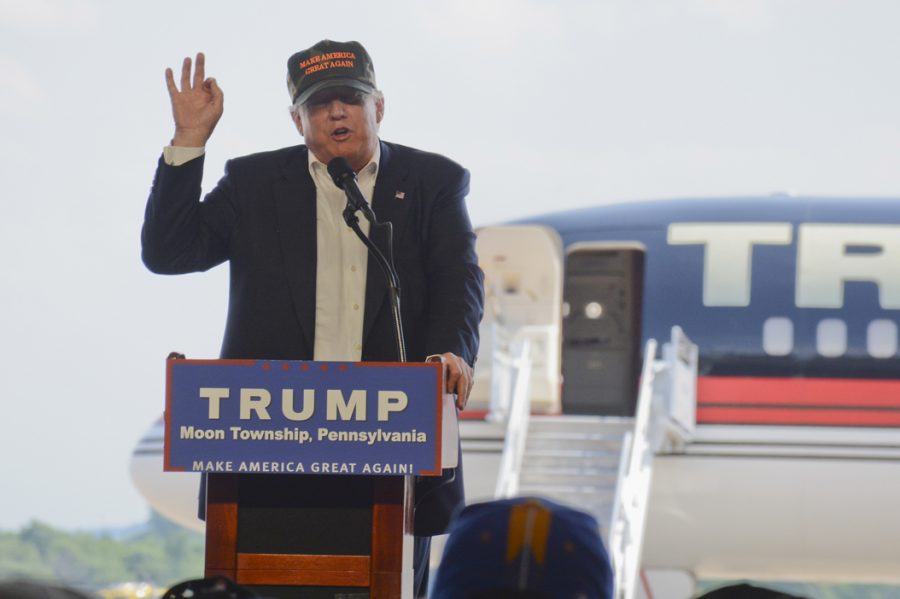 The U.S. government’s central bank offers recent graduates research assistant positions as a so they can use their degrees to crunch numbers rather than sit behind a desk at a local bank.

“We’re excited by those jobs,” Wallace  said. “[Students] spend years preparing their resume for that job.”

But with the stroke of a pen, President Donald Trump froze the market for federal jobs two weeks ago, dashing the hopes of many would-be analysts. The order was part of the President’s effort to “drain the swamp” — his campaign euphemism for cutting government waste and corruption. That swamp includes the 1.36 million Americans the government employs in civilian jobs as of 2014, according to the United States Office of Personnel Management.

While the freeze is meant to save money and ease federal bureaucracy, the order could also keep Pitt grads in the job hunt longer and eliminate some of the most commonly sought jobs for certain majors.

Former President Ronald Reagan enacted the last federal hiring freeze from January to November of 1981. Like Trump, Reagan enacted it via executive order within his first 100 days — for him, it was within minutes of taking the Oath of Office. Reagan justified the freeze as a way to cut the federal budget.

The freeze’s effect is uncertain for Pitt. According to a Pitt Office of Career Development and Placement Assistance report, 15 percent of the class of 2015 found jobs with the “government or other public institution or agency.” However, the number doesn’t break down to the local, state or federal level.

Eleanor Feingold, the Pitt School of Public Health senior associate dean and professor, said the freeze will probably end any chance for Pitt alums to be hired at a “high prestige position” at the Centers for Disease Control and Prevention.

The university has consistently sent a graduate to the CDC over the past few years to serve as part of what Feingold described as a “disease detective group.” The team tries to find out the source of epidemics like E. coli, salmonella and anthrax to aid future prevention efforts.

The CDC, along with agencies like Food and Drug Administration, usually employ around half a dozen public health graduates every year. In fact, Feingold mentioned a few students applying to run tests on new drugs at the FDA who were “worried” by the freeze. But other graduates still find work in hospital administration or with drug companies.

Feingold finds the loss in jobs and prestige disappointing and said the issue is greater than the University.

“[The FDA is] less able to evaluate new drugs, and that hurts all of us,” Feingold said.

While the effects are apparent in the health professions, the federal freeze does not apply to open law enforcement or defense positions — which suits alumni of Pitt’s Graduate School for Public and International Policy, according to GSPIA Director of Student Service Michael Rizzi.

Local governments employ another 10 percent of 2015’s GSPIA class, and the rest work for non-profits, non-governmental organizations, foreign governments or in the private sector.

For graduate students, the freeze means losing out on a whole cycle of employment. The choice is either wait for the government to hire again, which could take months, or apply for jobs or advanced schooling.

The program’s courses in security and intelligence are popular with students, and five alums out of the 110 who reported their employment status went into national security positions with the federal government.

Overall, including those in unfrozen fields, 12 percent of GSPIA’s 2016 class and 7 percent of its 2015 class, found federal jobs, according to the school’s self-reported employment information. Both years have response rates of over 85 percent. Rizzi ended on an optimistic note, noting that the federal government is just one of many job possibilities — nonprofit work or law, for example — for students with internationally-focused degrees.