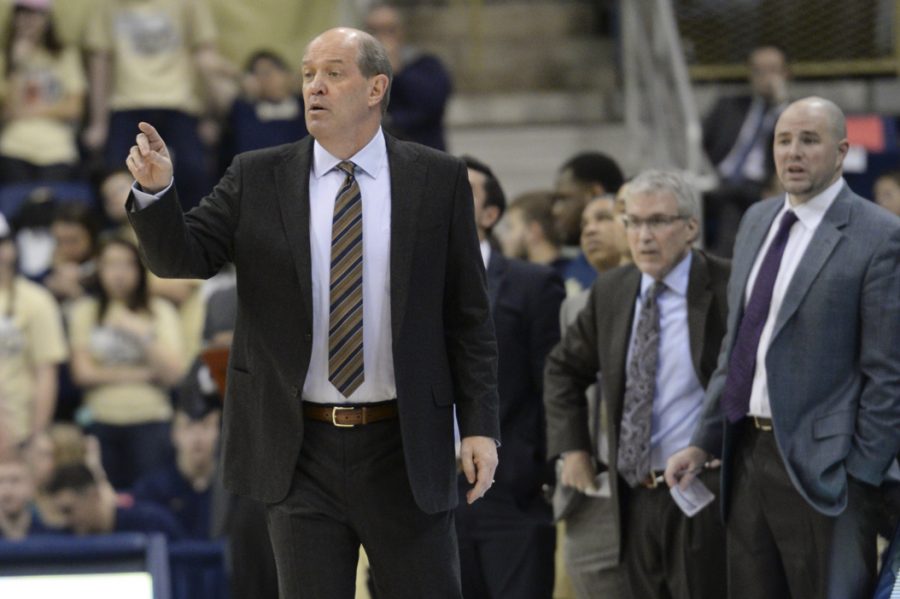 Amidst all the excitement of National Signing Day for prospective college football recruits last Wednesday, the Pitt men’s basketball team added to its own 2017 recruiting class.

The Panthers received a pair of verbal commitments last week, one from small forward Shamiel Stevenson Tuesday then another from center Peace Ilegomah Friday.

Pitt head coach Kevin Stallings now has six commits in his first full recruiting class as head coach, but the team only has five scholarships to fill — meaning at least one player on this year’s team is likely planning to transfer after this season.

With three guards and one power forward already signed to Pitt’s 2017 class, Stevenson fills a much-needed hole at small forward for the Panthers.

Stevenson is a 6-foot-5, 190-pound wingman out of Hillcrest Academy in Phoenix. Originally from Oakville, Canada, Stevenson is a three-star prospect according to Rivals. He announced his intentions Tuesday night via Twitter.

“I want to thank Dwayne Washington and the Uplay organization for everything they have done for me, as well as all the people and coaches that have guided me along the way, especially coach Geno,” Stevenson wrote. “I am proud to announce that next year I will be attending the University of Pittsburgh.”

Ilegomah, a native of Nigeria, is a 6-foot-10, 230-pound center out of Montverde Academy in Montverde, Florida — the same high school as point guard Marcus Carr, an already-signed Pitt commit. The high school announced Ilegomah’s commitment Friday afternoon via Twitter.

Along with the two new verbal commits, the Panthers have four official recruits that already signed National Letters of Intent Nov. 10.

Carr is a four-star point guard prospect according to Rivals, while Aaron Thompson is a three-star point guard out of Fairfax, Virginia. Jared Wilson-Frame is a top-ranked junior college shooting guard transferring from Northwest Florida State College, giving the Panthers three talented guards in the 2017 class.

Terrell Brown, meanwhile, is a three-star power forward out of Tilton, New Jersey.

Recruits in the 2017 class who did not sign during the early period from Nov. 9 to 16 can officially sign their National Letters of Intent April 12.