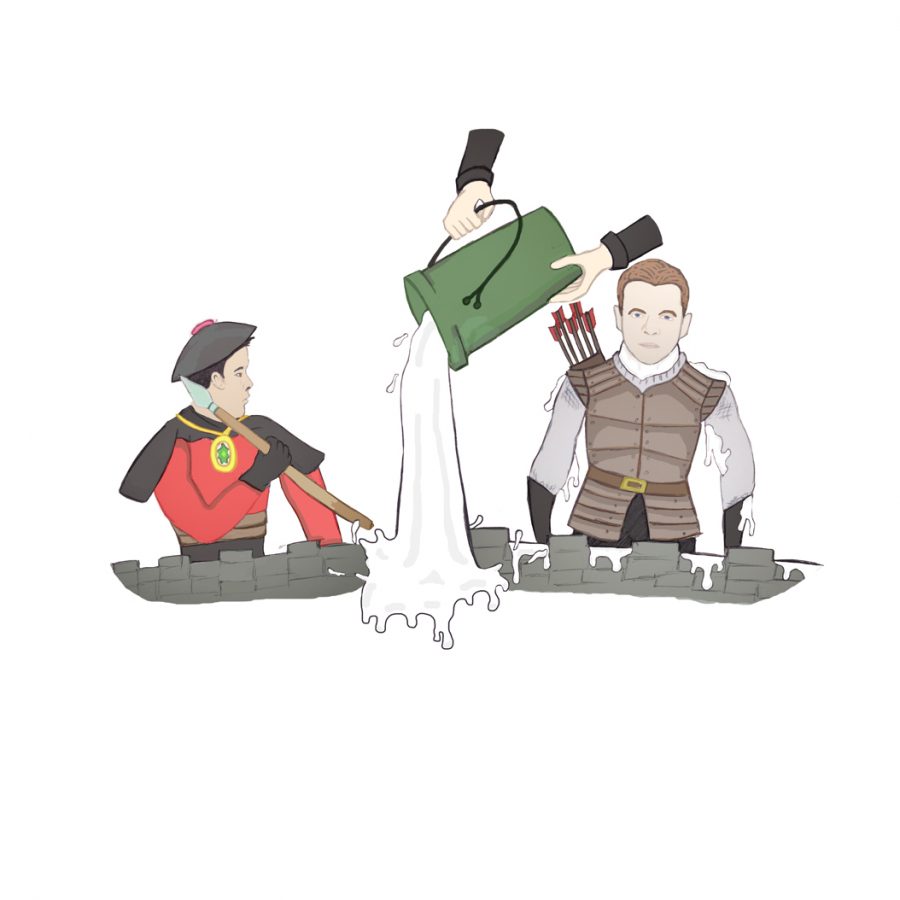 Imagine an incredible story of a heroic white male joined by a background cast of Asian actors in a film set in China. It might sound like a strange way to describe a film, and it should — that’s the point. This is a brief description of a new film called “The Great Wall,” and it’s one example of Hollywood’s long history of whitewashing — the act of casting a white person in a role that is intended for a non-white character.

This practice was used in older films like “The Ten Commandments,” “The Conqueror” and “Breakfast at Tiffany’s,” but even as America has become more culturally, ethnically and racially diverse, the film industry still lags behind when it comes to representing these changes in our movies.

With the majority of actions in Hollywood being white, it makes statistical sense that most of the leading roles would use white characters. But Hollywood does little to combat this and provide more inclusive casts representative of our diverse population. Often times roles with nonspecific race requirements almost always go to white actors by default and more often than not, roles with the opportunity for or even expectancy of non-dominant race actors still go to a white actors. It’s a pervasive issue throughout our culture and in Hollywood — and it needs to stop.

The opportunities for roles of non-dominant ethnicities are already low in America. Roughly 88 percent of films released in 2013 and 2014 had white directors, according to a Directors Guild of America report. And 73 percent of actors in the top 100 films of 2014 were likewise white, according to a 2014 study from the University of Southern California. This is a twofold issue: the more white directors and actors there are, the higher the odds that white actors will be cast. And this leads to us seeing less non-white characters in our movies, perpetuating the ideal of white movie stars as the best and most preferred.

“The Great Wall” and “Ghost in the Shell” are two upcoming films that have been criticized for whitewashing characters intended for Asian actors — though whitewashing can occur with any minority-intended role being played by a white actor.

The first film is about a Chinese army battling dragons invading the Great Wall of China. And it casts a white actor, Matt Damon, as the lead character. According to director Zhang Yimou, the role in question was never intended for a Chinese actor, as the plot is supposed to depict a European mercenary, played by Damon, who saves the Chinese army from the attacking dragons.

This is about more than just an Asian actor being passed over for the role. This is a version of whitewashing that is more firmly rooted in the core of the issue — our society’s unconscious preference for whiteness. Despite the film being set in China a thousand years ago, the writers created a storyline where a white, male protagonist must save the Chinese army, an obvious echo of the imperialism of the past. Perpetuating historical tropes like imperialism and colonialism, whether intended or not, creates a dangerous continuation of the age-old unconscious notion that to be white, male and western is inherently better, stronger and more valued.

And there are similar whitewashing criticisms about a new film, “Ghost in the Shell” — a live action adaptation of the popular anime of the same name, coming out on March 31. The franchise is about a counter-cyberterrorist organization led by a female cyborg named Major Motoko Kusanagi in mid-21st century Japan. Major Kusanagi, originally a Japanese female, is instead portrayed by Scarlett Johansson, a white actress. Johansson defended the whitewashing claims by saying she never intended to take the role away from any Asian actresses. Because of the likewise rare opportunities that exist in Hollywood for female leading characters, she welcomed the opportunity to star in the film.

But regardless of Johansson’s intentions, she — a white woman — still took a role intended for an Asian woman. Johansson is simply ignoring the fact that the iconic anime character is supposed to be Japanese. And while we do need more representation of strong, independent female characters in Hollywood, it shouldn’t be at the expense of other underrepresented groups.

And those with the most power to change our whitewashing tendencies in Hollywood, like actors, producers, writers and directors, aren’t even recognizing that this is an issue, highlighting it’s deeply ingrained nature.

“I think whenever you cast someone, someone’s going to be critical of it. To me, I stand by my decision. She’s the best actress of her generation, and I was flattered and honored that she would be in this film,” said Rupert Sanders, the film’s director, in response to the furor. But the issue isn’t Johansson’s talent at all — it’s about giving minority actors more opportunities to be represented in Hollywood, especially when the role was originally made for someone of their race.

We have seen some hopeful progress in recent films that are confronting whitewashing head- on. Suicide Squad, for instance, chose to promote diversity by casting Will Smith, a black actor, as Deadshot despite the original character being white. The 2017 Academy Awards nominations feature a more diverse lineup than last year with films like “Moonlight,” “Hidden Figures” and “Fences” receiving Best Picture nominations and black actor and actress Denzel Washington and Viola Davis also receiving nominations in the Best Performance category this year.

And while we should be pressuring Hollywood to make sure our films are more diverse, it’s important for us to do this with our dollars as well as our voices. Speaking up on social media is a starting point, but make sure you are supporting the films that encourage diversity and punish those that don’t. Go see films with diverse casts in the theatres, multiple times if you can, and boycott films and franchises that could have cast more minority actors but failed to take the initiative.

Because the last thing we want to see is an alien invasion movie set in Beijing with a white actor saving the day.

Thomas primarily writes about visual media and gaming for the Pitt News.

Write to him at [email protected].