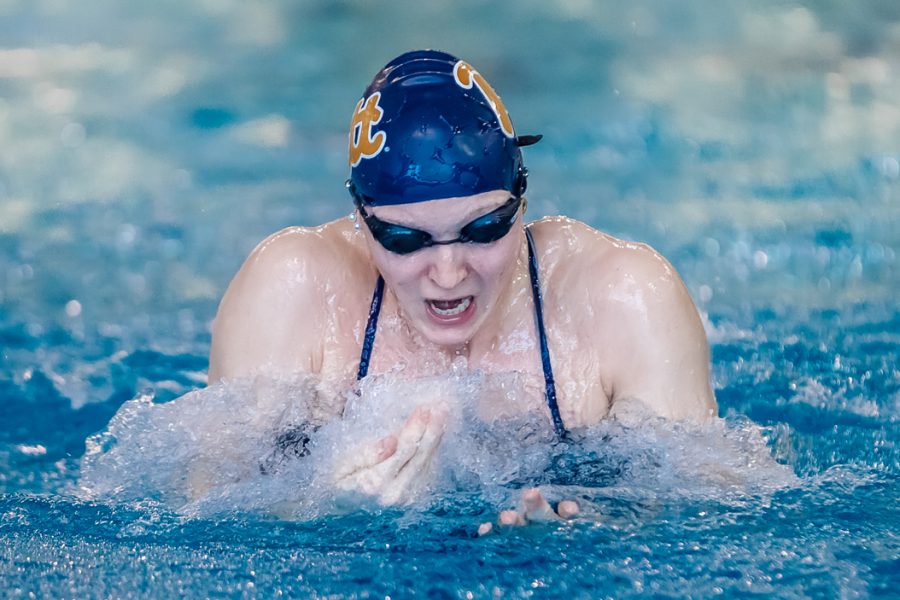 The senior put himself in position to defend that title Wednesday night, taking home first place in the 3M at the 2017 ACC Championships in Atlanta. Giordano tallied a six-dive score of 451.60 in the 3M finals, only 10.63 points shy of his school record.

“It was a ton of fun. I love competing against these guys. I have some great friendships with them, so it’s always nice to go head-to-head with them and have fun at the end of the day,” Giordano said Wednesday in a video interview via Pitt Athletics.

Giordano’s title-winning performance on the 3M may not have been a personal best, but multiple Pitt records have already fallen in Atlanta with one more day to go at the ACC Championships.

Panthers junior swimmer Amanda Richey, already Pitt’s school record holder in the 1,000 free and 1,650 free, broke the program record in the 400 individual medley by more than three seconds Wednesday night with a time of 4:11.69. The performance was good for first place in the 400 IM secondary finals, ninth place overall and 20 team points for the Panthers.

Junior swimmer Lina Rathsack broke her own school record in the 100 breast Wednesday with a time of 59.80 in the prelims. She finished sixth in the finals with a time of 1:00.21.

“We had some really fantastic swims tonight,” Pitt head coach John Hargis said Wednesday in a press release. “Setting two more school records was a great accomplishment. Amanda’s 400 IM was just amazing … and Lina made the A final in a very competitive event.”

Rathsack also broke her own program record Tuesday in the 200 IM, posting a time of 1:57.66 in the secondary finals to win her heat and place ninth overall. Her record-breaking performance also tallied 20 team points for the Panthers in the competition.

“My strategy was to swim hard in the first half of the race and stay close enough to make up ground with my two best strokes in the second half,” Rathsack said Tuesday in a press release. “I could tell after the backstroke that I was within touching distance of the leaders. It physically hurt more than previous times I swam the [individual medley] but that’s what made it such a good race for me.”

Her performance in Tuesday’s secondary final earned her a qualifier berth to the 2017 NCAA Championships.

“With two school records, it was a heck of a day for our program,” Hargis said Tuesday in a press release. “We had a decent morning, then came back in the evening and swam faster, which is always nice to do. We attacked races and swam with urgency and purpose, especially Lina in the IM finals and Amanda in the 500 free finals.”

On the opening day of competition Monday, Giordano and first-year diver Joe Ference each advanced to the finals in the 1-meter dive. Giordano finished fourth with a six-dive total of 376.7, while Ference placed eighth with a score of 304.05.

“It felt amazing to reach the finals,” Ference said Monday in a press release. “I was even surprised with my performance, but I just focused on staying relaxed and hitting my dives. It was awesome to compete alongside Dom in the finals.”

After dominating the competition in the 3M, Giordano will have a chance to end his career with back-to-back national titles at the NCAA Championships in March.