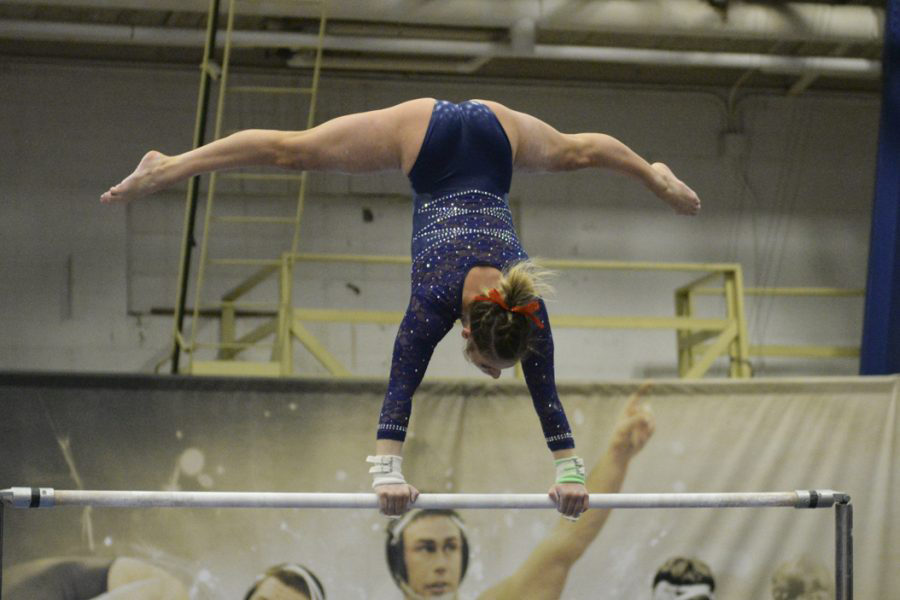 Senior Tracy Pearson was the sole exception to a struggling Pitt gymnastics team this weekend.

In a five-way meet in Washington, D.C., Friday, she sprung to a second-place finish in the vault, scoring 9.850 points. The rest of her team, however, was not so impressive.

The Panthers (6-9 overall, 0-5 EAGL) remain winless in the EAGL after finishing fourth behind host and in-conference rival George Washington. Iowa won the top spot over the weekend with 196.4 points. George Washington came in second place with 195.85 points and Maryland finished third, having scored 194.775. Pitt amassed 194.725 points and ended the day ahead of only the William and Mary squad, who finished with a score of 192.725.

Except for Pearson, the Panthers started with a lackluster performance on the vault, scoring 48.375 points, the lowest team total in the meet.

The Panthers fared better on the bars and were awarded 48.950 points as a team. Junior Taylor Laymon earned a career-high score of 9.900 in the event, which was good for a first-place tie with three others. Sophomore Lucy Brett finished in fifth with a 9.875 in this rotation, the second-best score in the event for the Panthers.

The Panthers have struggled on the beam all season long, but the event was a bright spot for the team Friday, as they earned third place with a team score of 48.550. Brett was the top performer in the event for the Panthers, scoring a 9.775, good for 11th place.

The team generally performs well on the floor exercise, but on Friday the Panthers disappointed with a last place finish in the event. The top performers on the team were Laymon and junior Dani Hall, who tied with a score of 9.800. Despite being the best on the team, the two gymnasts only managed 11th place overall for their routines.

Next, the Panthers will travel to University Park, Pennsylvania, to face Penn State Feb. 25, in a dual meet. They will close out their home schedule March 3, at the Fitzgerald Field House when they compete against the Michigan State Spartans, the West Virginia Mountaineers and the Towson Tigers.