Neanderthals highlight how we alienate through language 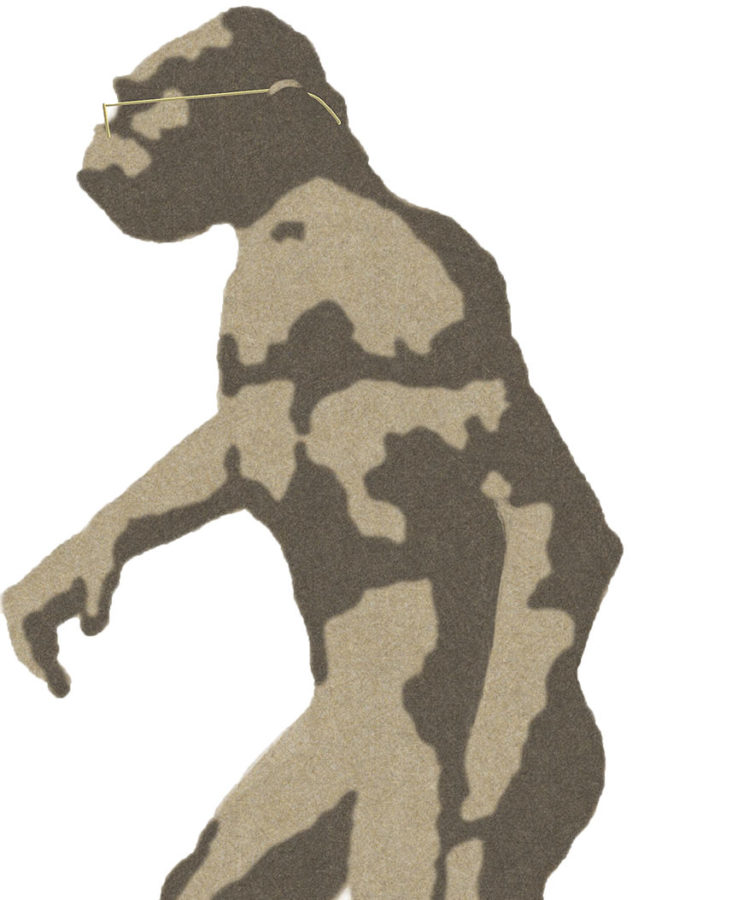 You know those classic jokes rooted in misconceptions that are meant to mock a specific group’s’ intelligence? Like jokes about blondes or frat boys, Neanderthal is a word often used as an insult, but with little truth to it.

Superiority is a timeless punchline.

Take, for example, this 2016 Salon article entitled “Neanderthals for Trump: How our primitive brains are ruining American politics.” The banner diminishes Neanderthals as inferior beings or as “others,” and correlates the entire species with the author’s ideation of destruction and inferiority. These sorts of dangerous conflations signify a larger tendency of humans to use language carelessly and recklessly and as a way to exploit others relentlessly.

If the title were more truthful to our current knowledge of Neanderthal cognitive complexity, or to the debasing of the American political system, it might read, “Aunt Sue for Trump: How our prejudicial underpinnings ruined American politics before they came to fruition.”

The problem here is that the term “Neanderthal” has been co-opted away from its roots in evolution and into an insult meaning brutish, unintelligent or simple. This interpretation is inaccurate and informs a popular perception of Neanderthals as a grunting bunch of fur-covered, small-minded effigies of today’s human beings. But this image is vastly contrary to the account that anthropologists have spent over a century reconstructing and it highlights our tendency, as a society, to carelessly alienate others with our speech.

While the Neanderthal example may seem irrelevant and relatively harmless, it emphasizes how deeply and easily logically flawed perceptions can become ingrained within our culture. For example, using the word “retard” was also a common synonym for stupidity until recently, but thanks to awareness has become less so.

I initially encountered misconceptions about Neanderthals in an anthropology class my first year at Pitt. This class is what cemented my understanding of linguistic normalizations in a new context. Before even introducing himself, my professor told us a story about a colleague who emailed him a National Geographic photograph depicting the most recent estimate of how Neanderthals looked. My professor laughed because his colleague went so far as to say that, if the Neanderthal in the picture was wearing a suit, we wouldn’t be able to tell him apart from modern humans.

He laughed because the species has a distinctive physicality that sets them apart: Neanderthals are more robust, have a definitive brow line and an occipital bun — a large protrusion on the lower back of the skull. Homo neanderthalensis look different because they are a different species, but that doesn’t mean they are inferior, or that we should regard them as such.

They were also much stronger and more physically capable than modern humans, were at least capable of structured speech, evidenced by the bone at the base of the jaw — nearly identical to our own  — and hunted large animals using sophisticated and specialized tools. Neanderthals were also responsible for quickening the process of fire-starting by using rocks to spark chemical reactions, created the first-known cave paintings, buried their dead and decorated themselves with jewelry.

And it’s been proven that there is some perceptible evidence to suggest interbreeding between the two species: human beings not directly descended from Sub-Saharan Africa may share about one to four percent of their DNA with Neanderthals.

When people find it within their reach to parallel Neanderthals and simplicity, they derogate from the complexity with which an ‘other’ culture gave way to our own. When we recognize the scientific and historical inaccuracies buried behind this insult, it’s hard to appreciate it as a worthwhile dig. Even if Neanderthals were not our ancestors, and even if a great deal of modern humans didn’t share DNA with them, it’s still unfair and inaccurate to continue offering “Neanderthal” as the equivalence of stupidity and mediocrity.

Though we’d likely be hardpressed to find someone genuinely offended by the use of “Neanderthal” as an insult, the sentiment remains. When we fail to recognize the fallacies our jokes are conceived from, or to think critically about their origins, it becomes easier to detach ourselves from meaning in hopes of gaining a few laughs. But there will never be a way to justify ridicule that ascribes intrinsic superiority to one life over another — regardless of how long the population has been extinct.

Neanderthal jokes probably aren’t going to hurt anyone. But the harmful norm they perpetuate certainly can — and will — if we don’t stop it.

Jaime primarily writes about social and environmental issues for The Pitt News.