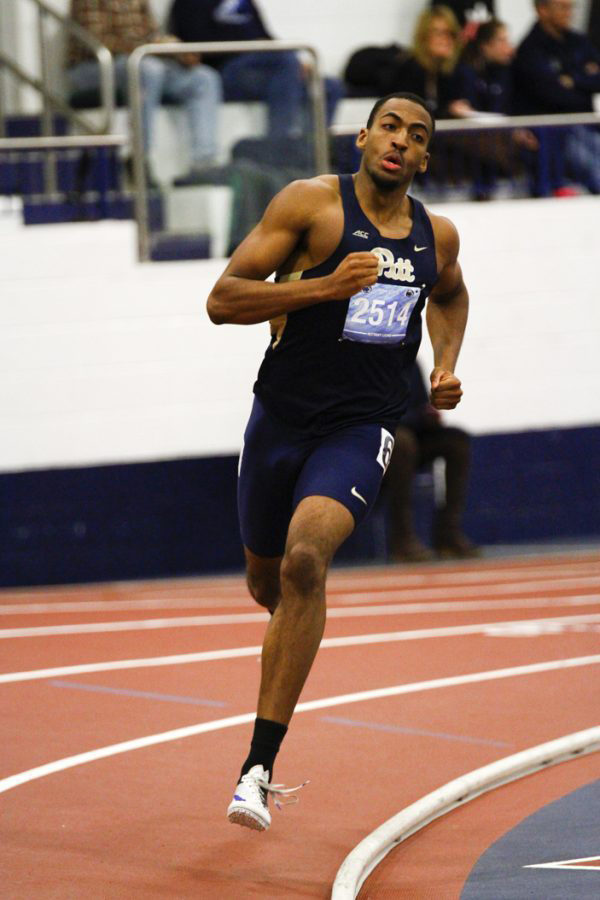 Senior Joslin Sellers took part in breaking both school records, shining in the women’s mile and helping the Panthers shatter the women’s distance medley relay record. She placed fifth in the mile on Saturday and earned second-team All-ACC status with a run of 4:43.33. Not only was the time a personal best for Sellers — it was also the fastest women’s mile run in school history.

“I am very happy for Joslin. She has come a long way during her career at Pitt,” Pitt women’s distance coach Adam Bray said Saturday in a press release. “For her to break the school record in the mile is a big deal for her and our program. I honestly couldn’t be happier for Joslin, she deserves this honor.”

The team — comprised of sophomores Mackenzie Zeh and Miranda Salvo, junior Morgan Harvey and Sellers — set the school record with a time of 11:18.78, breaking the Panthers’ previous mark by almost eight seconds and securing a fifth-place finish in the event for the team.

“They are excited to be in the championship setting and they were ready to do what they did today,” Pitt head coach Alonzo Webb said Thursday in a press release. “They accounted for themselves very well. All of them pulled together, they wanted to score points for the team, and they did. I’m very proud of those four girls.”

On the individual side, Paige Lumley and Sullena Staton set personal records in the women’s pentathlon — a five-event competition consisting of the 60-meter hurdles, the high jump, the shot put, the long jump and the 800-meter race.

In the shot put, Staton broke her indoor record with a 10.39 meter throw and Lumley set a new personal best of 11.17m. Both excelled in the 60m hurdles, with Lumley setting a season-best time of 9.08 and Staton posting a personal-record time of 9.16.

Lumley continued to set new personal bests in the high jump, clearing the bar with a jump of 1.55m.

Andin Fosam starred once again for Pitt in the weight throw as she finished fourth and earned second-team All-ACC honors. The junior’s throw of 19.24m picked up five points for the Panthers.

“In the end, I was really proud of [Fosam’s] performance today because she earned five points for us to start off our scoring,” Webb said in the press release.

Day two was filled with mainly preliminaries for day three, but included a few milestones for the Panthers.

In the mile, sophomore Matt McGoey finished in sixth place with a new personal record of 4:06.22, breaking his old record by more than 10 seconds.

“I don’t know how expected this was, especially with Matt McGoey,” Webb said Friday in a press release. “That was a huge PR, a 10-second PR, which is almost unheard of to jump down that much in one meet.”

Gillian Schriever also set a new personal best in the women’s 5,000m with a time of 16:10.06. The junior shattered her previous record by 16 seconds and finished in sixth place, picking up three team points for the Panthers.

“She keeps getting better for us every time she runs,” Webb said Friday in the release. “She is a person we expected to do some things for us this week. It’s been awhile since we had distance runners scoring like this for us and it’s really exciting for us as a program.”

Desmond Palmer also set a new personal-best time in his 400m preliminary heat Friday with a time of 46.56.

Star performances from Palmer and Sellers highlighted the final day of competition for the Panthers. Palmer medaled in the 60m hurdles by running a time of 8.00, finishing in third place and earning first-team All-ACC honors.

His running mate, Ashad Johnson-Conley, finished fourth with a time of 8.16. While he just missed the podium, Johnson-Conley received second-team All-ACC honors. The exceptional finishes from the pair of hurdlers gave the Panthers 11 points in the competition.

Palmer continued his sensational day with a fifth-place finish in the 400m, earning second-team All-ACC honors only one day after setting a personal record in the event.

He was also instrumental in the men’s 4x400m relay, where he teamed up with sophomore Ken Brosier, junior Jamaree Murray and senior Joshua McDonald to finish third in the finals. The bronze medalists received six team points and also second-team All-ACC honors.

“Desmond has been steady for us his whole career, so nothing he does ever surprises us, but I am very happy for him as a senior to get some medals and score for the team,” Webb said Saturday in the release.

“I’m very happy, but never satisfied,” Webb said in the release. “We’d like to get to where we are competing for team titles and we believe that is going to be coming very soon.”

The Panthers have finished their indoor season and will continue training for their first outdoor meet: the Yellow Outdoor Invitational, which takes place March 17 and 18 in Atlanta.