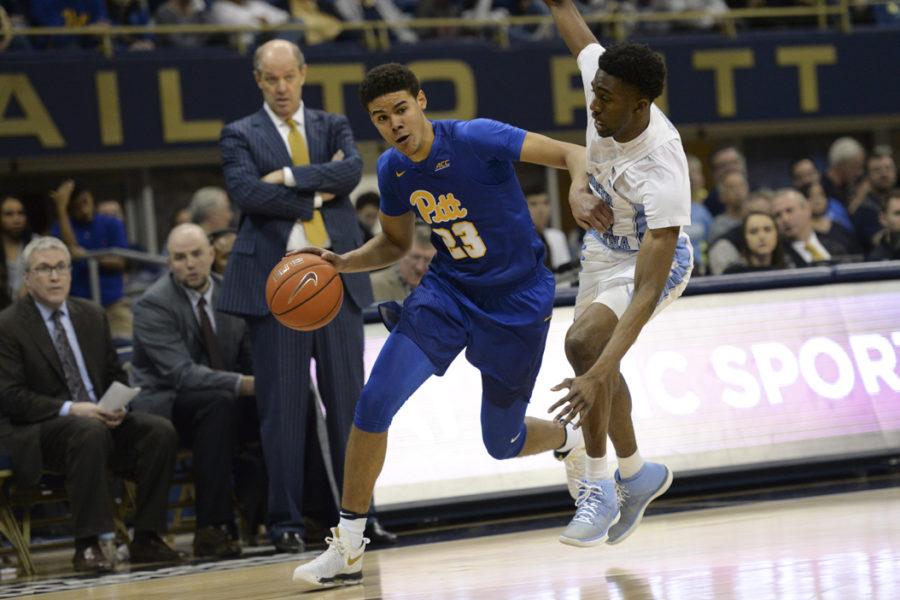 The Pitt men’s basketball team’s disappointing 2016-2017 season is almost at a close, but two Panthers earned recognition Wednesday for what they’ve accomplished off the court.

After averaging only 4.8 points per game in his first year at Pitt, Johnson has emerged as a reliable scoring option for the Panthers this season. He’s averaged 11.9 points per game and ranks No. 12 in the conference with a 42.2 3-point field goal percentage. His 73 made 3-pointers are one behind Duke guard Luke Kennard for the ACC lead.

Meanwhile, Luther was enjoying a productive season as Pitt’s sixth man, but a foot injury sidelined him for 12 games soon after the Panthers began ACC play. Pitt struggled mightily in his absence, losing its first six games without Luther and going 3-9 over the 12-game stretch.

Luther returned Tuesday night in the Panthers’ 61-52 loss against Wake Forest, but he wasn’t able to provide the necessary spark to get Pitt back in the win column. He is averaging 6.3 points and 4.2 rebounds per game this season, along with a team-best 55.6 field goal percentage.