TPN Panthers of the Month: Kayla Harris and Ryan Solomon 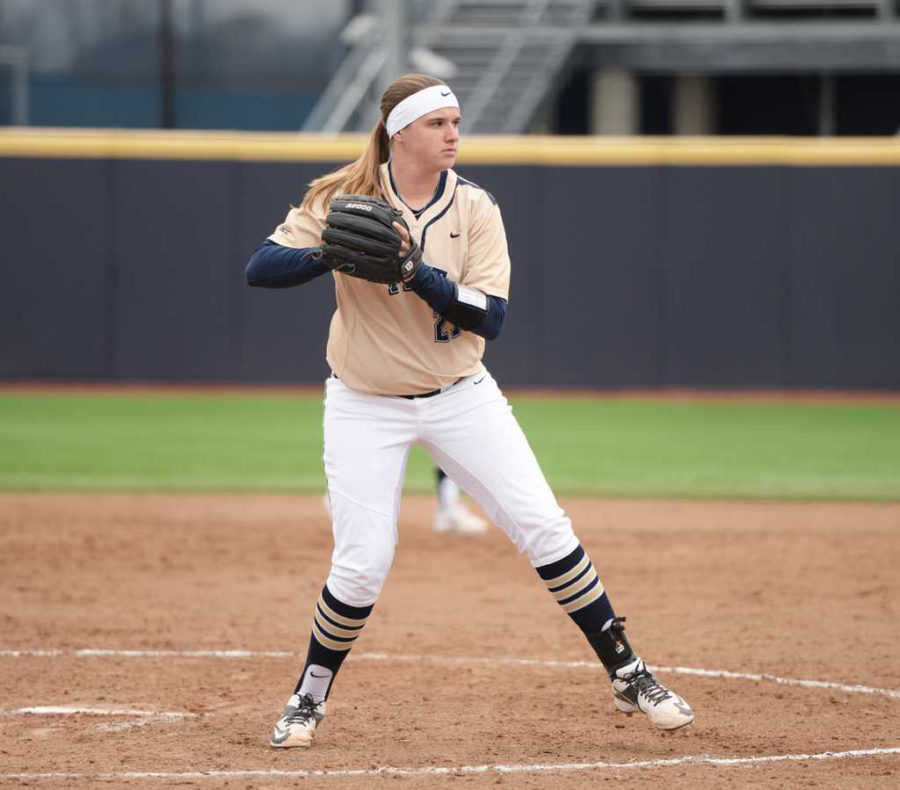 After setting the tone by striking all three batters out in the first inning, Harris retired every subsequent Southeastern Louisiana batter en route to a 5-0 win and the second perfect game in Pitt history. Her stellar performance garnered her recognition from the ACC, as the conference named her its Pitcher of the Week Tuesday afternoon.

The season isn’t a month old, but Harris has already made 10 appearances in the circle for the Panthers, pitching her way to a 6-1 record with 1.46 earned run average. A key component of her value to the team is her ability to pitch deep into games. So far, she has pitched five complete games.

Harris and the Panthers will take on the North Carolina Tar Heels this weekend in Chapel Hill to open up their ACC schedule. If Harris pitches like she has over the last month, the Heels should be in for some grueling at-bats.

Although No. 14 heavyweight Ryan Solomon wrestled at a high level all year, the junior finished the regular season exceptionally strong with a victory over Jacob Kasper Feb. 18.

In Pitt’s final dual meet of the regular season against Duke, Solomon faced off against the Blue Devils’ best wrestler, then-No. 3 Kasper. After the heavyweight bout, Solomon walked off the mat with his arms raised after winning a dramatic 4-3 decision.

The victory earned him his second ACC Wrestler of the Week title of the season and gave Solomon momentum going into this month’s forthcoming postseason tournaments.

After defeating current No. 13 wrestler Billy Miller from Edinboro on Nov. 18, Solomon received the Wrestler of the Week nod from the conference. He went on to achieve a 14-3 record this season, including a 7-1 record in February.

Solomon is set to wrestle in the ACC Tournament March 4 in Raleigh, North Carolina.