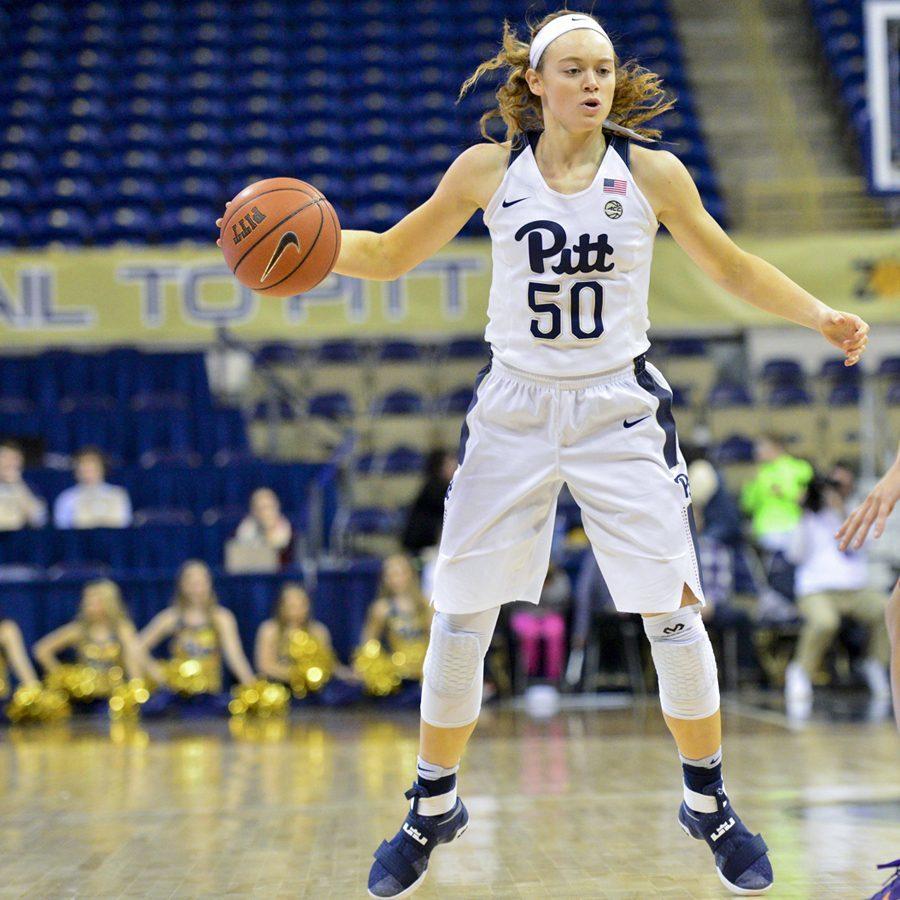 Now, Wise is following Kiesel’s path in the classroom as well as on the court.

The Pittsburgh native received her second straight selection to the All-ACC Academic Team Friday, joining Kiesel as the second Panther to earn multiple All-ACC Academic honors. Student-athletes must have earned a 3.0 grade point average for the previous semester as well as maintained a 3.0 cumulative GPA during the course of their academic career to be eligible for consideration.

Wise easily surpassed those qualifications, having raised her cumulative GPA in marketing to 3.918 after logging a perfect 4.0 GPA in the fall 2016 semester.

The talented forward has been Pitt’s go-to option since arriving on campus, having led the team in both scoring and rebounding in both of her first two seasons. She averaged 10.7 points and 7.6 rebounds per game in the 2015-16 season, then raised her scoring average to 14.3 points per game last year.

Pitt’s season ended with a 72-60 loss to the North Carolina Tar Heels in the first round of the ACC Tournament in Conway, South Carolina. The Panthers finished 13-17 overall and 4-12 in ACC play.