Death of a stoner: Weed too tame for modern, adrenaline-junkie comedy 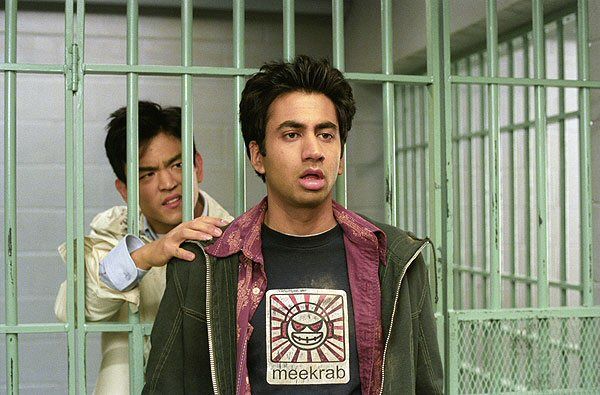 Cocaine is the new weed, and blunts are the new cigarettes — on the silver screen at least.

The stoner comedy has been a reliable subgenre for ages, man, but it could be on its last breath. We can’t expect to see new movies from a stoner duo like ’70s and ’80s icons Cheech and Chong or their new-millenium counterparts Harold and Kumar anytime soon.

Throughout the past half-decade, raunchy, R-rated comedies have consistently upped the crazy quotient to the point that smoking weed bears the modesty of sipping a cup of tea.

Blame modern overstimulation or the crawl toward marijuana legalization for our heightened tolerance, but weed in the movies just doesn’t pack the unpredictability of cocaine, acid or HFS (Holy F*cking Sh*t, from “21 Jump Street”). Much like workplace scotch   in the world of “Mad Men,” marijuana lingers in the background of most Judd Apatow or Seth Rogen flicks — aside from “This Is the End,” which was covered by a wall of smoke.

As for when this shift toward adrenaline-infused drug comedy began, it’s a little hazy, but 2009’s “The Hangover” could be a turning point. When every joke is a “you’ll never believe what happens next” Upworthy moment, we become desensitized to the simple thrill of watching our protagonists get high.

Although the film’s hook depended less on drugs than on a wild night of drinking, “The Hangover” established a twisty, action-movie approach to comedy — while grossing $277 million and spawning two downgraded sequels. In “The Hangover,” screenwriters Jon Lucas and Scott Moore throw Mike Tyson’s tiger, a lost baby and roofies at us, so why bother with getting the gang toked up?

A mind-numbing series of montages follow that look more like an extended Lil Jon video than a feature film. The trove of hijinks maintains a hyperactive pace with nonstop “wish I were there” moments — assuming that you want to attend a suburban frat party, overrun with bros and bad Kid Cudi remixes. Years from now, we’ll need an overload of HFS to forget that Miles Teller and Thomas Mann were involved with this disaster.

But when over-the-top moments of drugged-out bliss are isolated, it works like gangbusters. The video game-style unveiling of HFS in “21 Jump Street” ranks among the movie’s funniest scenes. When Mark Wahlberg and the teddy bear snort coke in “Ted,” it sets off a jittery and surreal delight of a party in Ted’s apartment — with a special appearance from Flash Gordon. Even a couple years before “The Hangover” rewrote comedy’s playbook, “Knocked Up” featured a delirious, paranoid trip to Cirque du Soleil — courtesy of psychedelic mushrooms.

A madcap hard drug scene can be riotous, but only if the movie doesn’t depend on stringing together a dozen of these scenes. The aforementioned scenes work, partly due to the creative teams behind each film, but also because the movies aren’t about partying or drugs exclusively — they’re about undercover cops, talking teddy bears and unplanned pregnancy, respectively. Because outrageous, drugged-out moments can come from any subgenre of comedy, we don’t need to seek out stoner comedy for these thrills. Functioning outside of the subgenre tag, these scenes contain even more shock value.

So perhaps this is the blueprint for the future of “stoner comedies” — as long as weed isn’t the centerpiece, they might survive. Smoking was an integral aspect to “Pineapple Express,” “The Big Lebowski” and even last year’s “Inherent Vice,” but it built toward a primary crime or mystery in each film.

Much like sex and drinking, drugs on their own can’t bring the laughs — but they can earn a best supporting role.