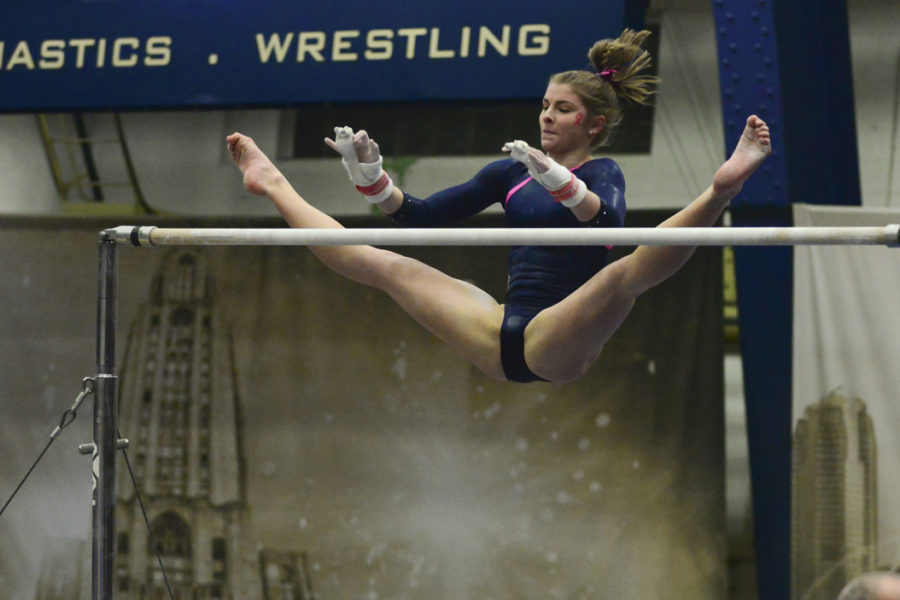 The Pitt gymnastics team will compete on Saturday in the East Atlantic Gymnastics League Championship, but several Panthers have already won awards this week.

The EAGL named six Panthers to its All-EAGL teams on Monday and a conference-high 18 to the All-Academic team on Saturday.

Sophomores Lucy Brett, Meagan Oscar and Brittany West, juniors Dani Hall and Taylor Laymon and senior Tracey Pearson all received recognition from the EAGL as among the league’s best athletes with their selections to the All-EAGL team.

Laymon and Pearson both received first team honors — with Laymon getting the nod in the bars and Pearson named in both the vault and floor exercise, making her the only Panther named in two separate events.

Laymon’s regional qualifying score of 9.820 ranked sixth in the region and seventh in the conference.

Brett earned the conference honor for her work this season on the bars. With an RQS of 9.810, which was good enough for 10th in the region and 11th in the conference, she garnered a second team spot.

Oscar, who received second team honors on the vault, goes into the EAGL Championships with a 9.780 RQS in this event, making her the 17th best vaulter in the region and the 15th best in the EAGL.

The Panthers are represented on the beam by second teamer West, whose RQS of 9.810 is 15th in the region and 13th in the conference.

The Panthers may be last in the conference in terms of team RQS with a score of 194.330, but Pitt continues to dominate the EAGL in the classroom.

With 18 Panthers named to the All-Academic team, this year is the fourth straight in which Pitt has led the conference scholastically.

Eligibility is based on grade point average, and those with marks above a 3.0 are named to the All-Academic team.

The Panthers will close out their season on Saturday with the EAGL Championship meet in Cary, North Carolina.