Students get their zen on at mindfulness fair 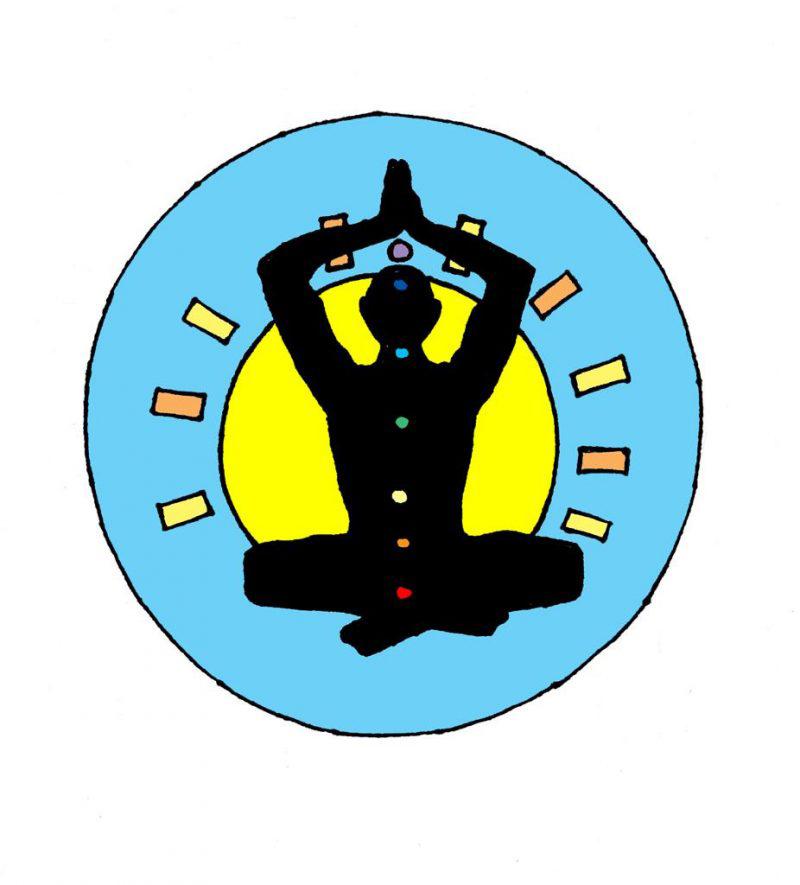 Following the instructor’s lead Saturday, a group of students on yoga mats on the second floor of the University Club breathed deeply as they assumed happy baby and downward facing dog poses in unison.

The assembled yogis transitioned into tree pose, poised with one foot rooted on the ground and the other flat against the side of their straightened legs, hands pressed together in a prayer pose, arms stretched as high above their heads as they could go. Yoga — a spiritual and physical practice that originated in India — can strengthen the connection between mind and body by encouraging mental awareness, practitioners said Saturday.
The yoga exercises were just one part of Pitt’s Center for Mindfulness and Consciousness Studies’ second annual Mindfulness Fair Saturday, 10 a.m. to 4 p.m. in the University Club building.

About 400 Pitt students and community members attended the event, which offered talks, family-friendly mindfulness activities including sculpting lotus flower tealight holders, yoga and tai-chi demonstrations as well as free food and various informational tables. The fair also included meditation lessons, a mindful eating workshop and a panel discussion between parents about how to teach children to be mindful.

David Givens, a Ph.D. candidate in Pitt’s department of religious studies and the associate director and co-founder of the Center for Mindfulness and Consciousness Studies, sat behind one of the informational tables distributing information about the CMCS.

Given the increasing proximity of finals week at Pitt, it’s a good time for students to learn to exhale.

According to the American Psychology Association, meditation is the most well-established form of mindfulness. A novice meditator might sit for just five minutes a day, eyes closed and focus their full attention on breathing in and out.

Concentrating on the simple, natural process of inhaling and exhaling diverts attention away from anxious thoughts and depressive rumination. It should come as no surprise that mindfulness and meditation can help those with mental illnesses.
“People find mindfulness personally and practically fulfilling,” Givens said. “A lot of evidence and reports indicate that practicing mindfulness helps reduce stress and helps boost energy levels, focus and concentration.”

Mindfulness is all about living in the moment. Practitioners focus all their attention on their immediate surroundings, allowing errant thoughts to drift in and out of their brainspace.

Though mindfulness can be useful for anyone, from any background, it is a key part of religions worldwide. People seated at tables throughout the room distributed brochures about more well-known religions, such as Buddhism, and less common faiths, such as Eckankar — a new-age religion that emphasizes personal spiritual experiences as a way to get closer to God.

Mary Diodati from O’Hara Township has been practicing Eckanar for 42 years. She came to the fair to learn about other spiritual groups.

“Mindfulness brings out individuality,” Diodati said. “It brings people in touch with who they are, and shifts their focus away from trying to control other people.”

While Diodati and many others turn to mindfulness for spiritual fulfillment, some, like Pitt senior mechanical engineering major Sean McCarthy, place a higher value on the emotional benefits of practicing mindfulness.

McCarthy meditates for 20 minutes a day, and said it allows him to better understand and react to his feelings.

“I’ve reached profound moments through meditation,” McCarthy said. “You can get to the point where you’re not just being pulled around by your emotions, you’re making a choice how you react to something.”

In one of the fair’s featured talks, “The Science of Overcoming and Mastering Mental Illness via Mindfulness,” Pittsburgh-based ADHD coach Tom Menditto explained that practicing mindfulness can help treat conditions like depression and attention deficit disorder.

Engaging with his audience and all but ignoring his PowerPoint, Menditto shared stories of his personal experiences with mental illness.

“I’ve gone through this myself,” Menditto said. “I know what it’s like to suffer through depression and anxiety … when I wanted to kill myself, learning to love who I was was what brought me out if it.”

He described deep insecurity, anxiety, depression and suicidal urges he faced earlier in life, but said he’s reached a point of self-contentment through his practice. He encouraged others to embrace the parts of themselves that make them different.

“You are not who society tells you you are,” Menditto said. “Stop trying to be like other people. You were born a certain way. Be that way.”