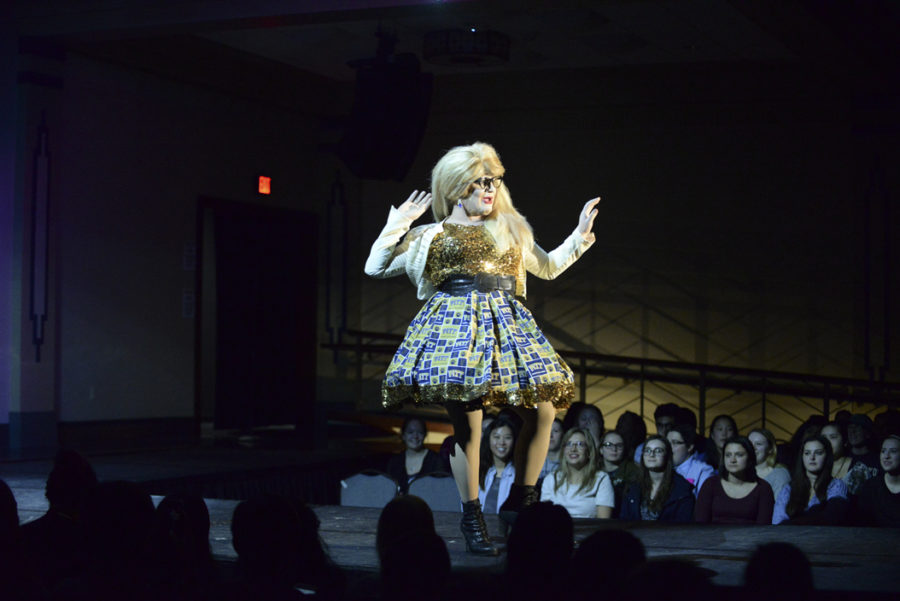 While the streets of downtown Pittsburgh won’t be covered in rainbow flags until June, Pitt’s Rainbow Alliance will host its own pride week March 27 to 31.

Many cities celebrate LGBTQ+ pride during June, but in order to engage students earlier, the Rainbow Alliance decided to host a week of programming during the school year. The week will feature five events from a creativity event Monday to the annual drag show Friday.

The week will kick off with a crafting event called Create Pride March 27 at the Creativity Center — located on the basement level of the University on Fifth bookstore. Students are encouraged to stop by the Center anytime from 9 to 10 p.m. and use the University’s supplies to make art inspired by their own ideas about pride.

Peter Crouch, president of Pitt’s Rainbow Alliance and a senior management and supply chain major, said the group held a casual event last semester where members could make anything they wanted and wasn’t necessarily focused on their sexual identity. This semester, he set out to create a similar, yet more organized setting for people to socialize and “express their pride and identity through art.”

Rainbow Alliance will host a Pajama Jam Tuesday from 8 to 10 p.m. in the William Pitt Union Assembly Room. Students will slip into their pajamas and either dance or play board games to the side of the dance floor. Crouch said the Rainbow Alliance members wanted to host a low-key event, since Tuesday is a “school night,” and students will need to be sharp in the morning.

“[Wearing pajamas] is the most casual thing there is,” Crouch said.

Switching gears from leisure to arts, the Rainbow Alliance is hosting Rainbow Voices — an open-mic event — Wednesday night from from 9 to 10 p.m. at its office in room 630 of the WPU. The event encourages students to share their stories about discovering their identity and show off talents at the same time. Students do not have to pre-register for the event and they can come to listen to others or present something of their own.

“We have a great community of people who write poetry, play guitar and sing,” Crouch said. “Last year someone wrote an original song and performed it.”

While all the events leading up to Thursday involve expression, History of Pride March 30 from 9 to 10 p.m. is solely to educate people on all things pride. Rainbow Alliance Vice President Sara Yablonski will give a talk on the history of pride events in WPU 630, explaining why pride is celebrated in June and what a pride parade is.

The final event to wrap up the week is the 17th Annual Drag Show from 9 to 10 p.m. in the WPU Assembly Room. The show will feature Pitt students and other members from the drag queen community in Pittsburgh, such as “Dixie Surewood,” “Amneeja Schnackenmuff,” “Divauna” and “Hot Metal Hardware.”

Michael Zito, 28, of Lawrenceville — known as Dixie Surewood on the drag queen stage — performed in the show last year, and said that while he’s more used to performing in bars, “entertainment is entertainment,” so college students should be able to enjoy the show.

“Regardless of who is sitting in front of me, you’re all here to see the same show,” Zito said.

If the audience is having fun, so is Dixie Surewood, he added.

“Dixie is fun, energetic and unapologetic,” he said.

All proceeds from the show will go to the Persad Center — a mental health clinic in Pittsburgh. Crouch said he was excited to donate to the center, which focuses on providing services the LGBTQ+ community.

“A lot of us actually use the services at the Persad Center and just really thought they do a lot of great stuff in the [LGBTQ+] community, so we wanted to give back to them,” Crouch said.

At the end of the week, Crouch said he hopes to have captured the attention of a variety of students.

“We don’t necessarily want just LGBTQ+ students even though it is a celebration of the LGBTQ+ community,” Crouch said. “We definitely want anybody who’s interested.”