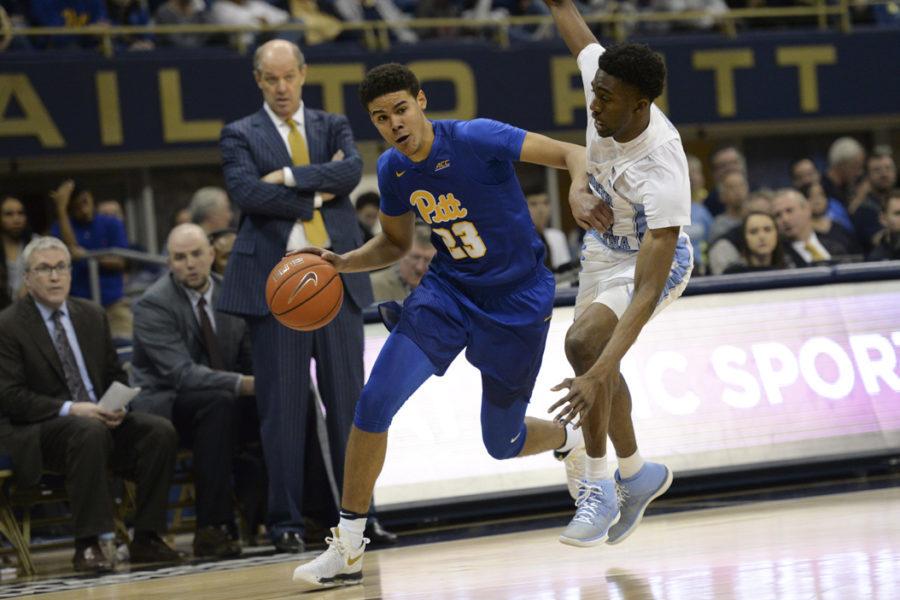 After having three players transfer in the past three weeks, the Pitt men’s basketball team is now losing its leading returning scorer.

Redshirt sophomore guard Cameron Johnson is pursuing his transfer from the university. Johnson’s father Gil confirmed the news to the Pittsburgh Post-Gazette early Saturday morning. According to the report, Johnson will graduate in the spring with a 3.9 GPA, making him eligible to play immediately for whichever school he transfers to.

Smith — who walked on before the 2015-16 season as a transfer from Pitt-Bradford and received his scholarship in the middle of last season — has yet to score a bucket in two years at Pitt.

Even with the transfers of true freshman forward Corey Manigault and sophomore guards Damon Wilson and Crisshawn Clark, the Panthers weren’t losing much in the way of past production. Johnson, though, is the one player the team couldn’t afford to lose.

Johnson, a lengthy 6-foot-8 wing from Moon Township, Pennsylvania, emerged onto the scene toward the end of the 2015 season. The sharpshooter scored a career-high 24 points in Pitt’s ACC Tournament win over Syracuse.

He then raised his scoring average from 4.8 points to 11.9 points per game in 2016-17, serving as the team’s go-to 3-point threat. Johnson knocked down a team-best 41.5 percent of this threes while also contributing 4.8 points per game.

Stallings now has room for 10 new players for next season. Four recruits have already signed National Letters of Intent, while the Panthers have three verbal commits and three more scholarships available.